One of the most innovative legal research platforms in the U.S., Judicata came to market in 2017, after spending five years in stealth mode teasing the promise of a better legal research service. Its unique premise was to “map the legal genome” — that is, map the law with extreme accuracy and granularity — in order to deliver search results that CEO Itai Gurari, one of the company’s three founders, claimed were unprecedented in their precision and relevancy. 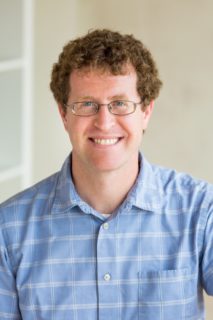 “We’ve focused on building a search engine that returns the best results the fastest, and at this point it mops the floor with Westlaw and Lexis,” Gurari told me in 2017.

Later in 2017, Judicata also launched Clerk, a tool that analyzes the strengths and weaknesses of legal briefs and predicts the legal outcome they will produce. Gurari said was like moneyball for motions. “Just as different batters have different on-base percentages, different motions have different probabilities of being granted or denied,” Gurari told me at the time.

In Judicata’s testing of Clerk against actual briefs with known outcomes, its predictions were accurate 72% of the time, correctly predicting 79% of affirmances and 56% of reversals.

The San Francisco-based company was started in 2011, picking up some $8 million in financing early on, backed by some big-name investors including PayPal cofounder and Facebook’s first investor Peter Thiel and Box founders Aaron Levie and Dylan Smith.

But the company had found it challenging to expand beyond California, as it originally planned to do.

“Judicata is a generation ahead of even the largest legal research platforms, and their technology will be the core of the next generation of Fastcase tools,” Fastcase CEO Ed Walters said of the acquisition. “This is a blockbuster deal for the 900,000 lawyers who have access to Fastcase.”

Walters said that the focus will now be on expanding Judicata’s innovations to all 50 states. Because Judicata limited itself to California, it was able to spend the time to go deep in refining its technology, Walters said during a phone call yesterday. Meanwhile, Fastcase has the breadth, but not the same depth.

“Now, they get to extend what they’ve been doing to the other 49 states, and we get to take our great software and make it deeper,” Walters said.

“Judicata has pioneered some amazing innovations for California law, a truly deep dive into how to rank search results, create the world’s best citator, analyze briefs, understand causes of action, and more,” Walters said. “Now Fastcase and Judicata are going to scale those innovations to all 50 states and extend those innovations into Docket Alarm briefs, pleadings, and motions as well.”

“Fastcase has a history of supporting innovators and democratizing the law,” Gurari said in a statement announcing the deal. “Spend any time with this amazingly talented team, and you see their passion and commitment. It’s exciting to see that our work at Judicata will scale as part of the Fastcase program.”

Gurari, who was a guest on my LawNext podcast in January 2019, is a Columbia University law school graduate who also has a master’s degree in computer science from the University of Wisconsin-Madison. After a stint as an associate at Jones Day, he started his first legal research company, TraceLaw.com. When that closed in 2010, he joined Google as a software engineer working on Google Scholar. In 2011, he left Google to start Judicata.

This is a big deal, in my opinion. Not in the financial sense, but in its potential impact on the future of legal research technology.

Gurari and his team have put a lot of thought and effort into how to make legal research better. But they have not had the staff or resources to expand their vision to the national market.

Fastcase, meanwhile, has a track record of acquiring promising small-ish companies and providing them with the foundation and resources to improve on what they’ve built. Both Docket Alarm and NextChapter are examples of this.

By combining Judicata’s technology with Fastcase’s broader reach and greater resources, this is sure to be a win-win for both companies.

More importantly, this deal is likely to drive the development of even more innovative and powerful legal research technology. That will be a win not just for Fastcase customers, but for the legal profession as a whole.