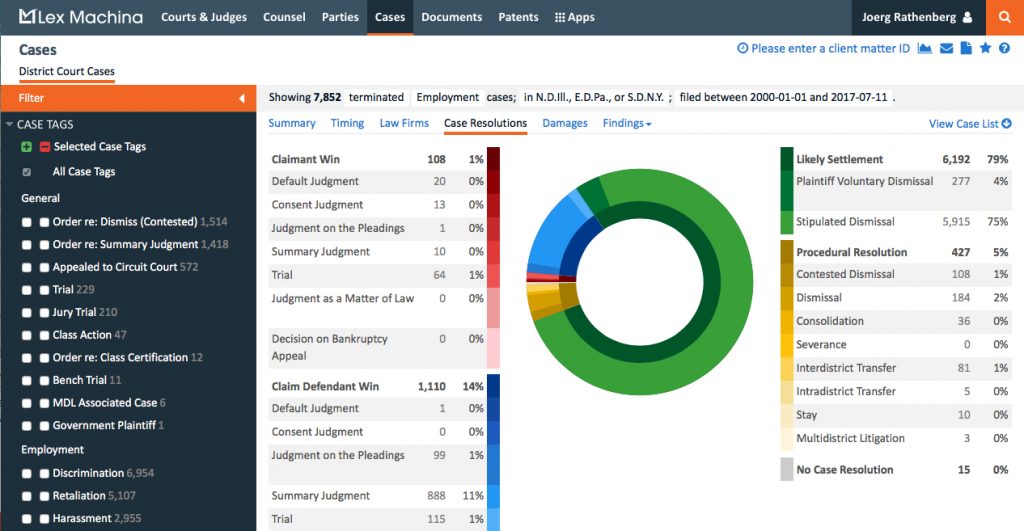 When LexisNexis acquired the legal analytics platform Lex Machina in November 2015, the plan was to use LexisNexis’s collection of federal and state docket data to expand Lex Machina’s analytics beyond its original area of intellectual property. Since then, it has been adding practice areas at a regular clip, starting with securities last July, antitrust in November, and commercial litigation last month.

Now comes employment litigation, as Lex Machina today announces an employment litigation module that analyzes data from some 71,000 discrimination, retaliation and harassment cases filed in federal court since 2009. The new module provides the same sorts of analytics as prior modules, offering insights into case timing, resolutions, damages, remedies and findings, as well as information on law firms, parties, judges and venues.

“We decided after the Lexis acquisition that if we wanted to go big we’d have to attack the broad middle of the law,” Owen Byrd, chief evangelist and general counsel at Lex Machina, told me yesterday. “In terms of case count and value to practitioners, we quickly centered on commercial and employment as our first big additions to our offering. Last month, we rolled out commercial. Now rolling out this week is federal employment litigation analytics.” 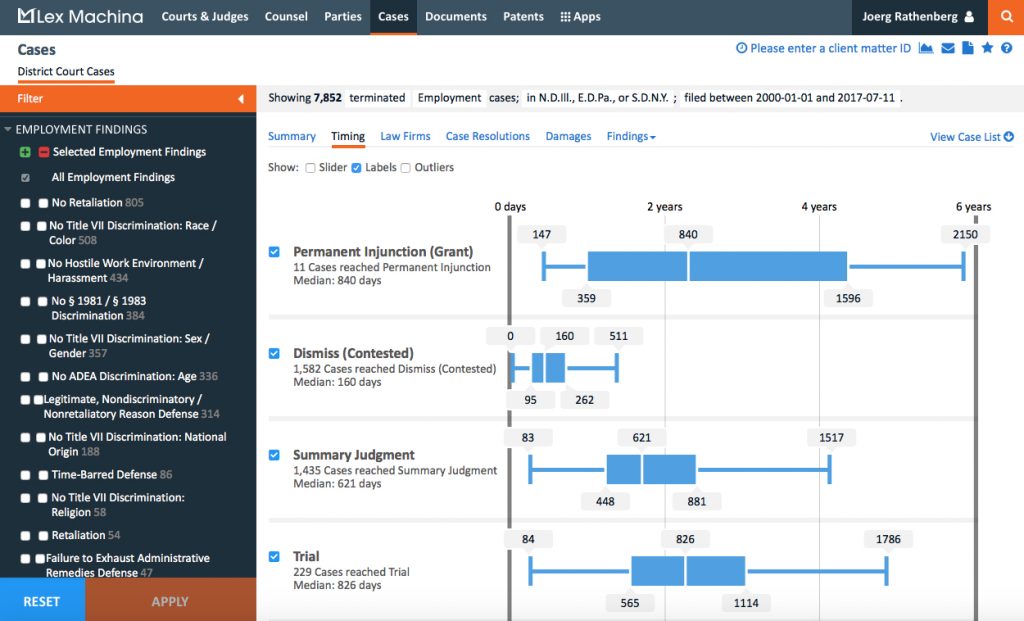 Analytics show the timing to key events in cases.

The module provides analytics for three types of employment cases, those in which an employee is suing an employer for discrimination, retaliation or harassment. In the fall, Lex Machina will add disabilities and labor relations cases to the module.

Next month, Lex Machina will add a module for bankruptcy cases, Byrd said.

While the underlying analytics are the same, each new module requires the addition of subject-specific tags. Lex Machina says it develops these tags by interviewing practitioners in each area of law to better understand their practice area and use cases. The employment module adds tags related to: 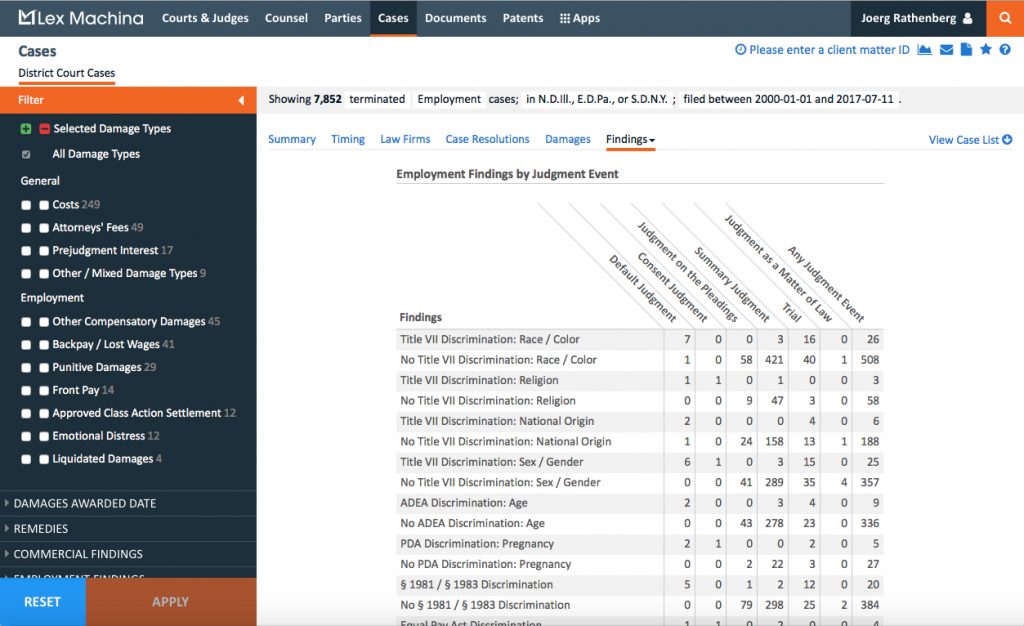 Lex Machina says that the new employment analytics will allow attorneys to answer questions such as:

In demonstrating the module yesterday, Byrd pointed out some interesting findings revealed by the analytics. One is that the law firms generally perceived to be the three dominant firms representing employers in employment cases truly are. Data shows that the firms with the most employment cases are Littler Mendelson, Ogletree Deakins, and Jackson Lewis.

The data also shows that plaintiffs rarely win in employment litigation. Although the analytics do not reveal the outcomes of cases that settle, for those that go to trial, plaintiffs win in just 1 percent of cases, and on summary judgment, plaintiffs win in only a negligible fraction of cases compared to employers.

With regard to remedies, the analytics show that punitive damages were awarded in only 192 employment cases and attorneys’ fees in just 437 cases.

Some other trends revealed by the data:

If you are interested in learning more about this new module, Lex Machina is hosting a free webcast tomorrow, July 13, at noon Eastern time to demonstrate its analytics and discuss some of the trends in employment litigation the analytics reveal. The webcast will be moderated by David Lat, founder and managing editor of Above The Law, and will include David Walton, shareholder at Cozen O’Conner; Patrick DiDomenico, chief knowledge officer at Ogletree, Deakins; and Byrd.