In the first of its promised expansions into other practice areas following its acquisition last November by LexisNexis, Lex Machina today announced its addition of securities law to its legal analytics platform.

“The whole theory of the acquisition was to enable us to get access to the LexisNexis documents,” Owen Byrd, Lex Machina’s chief evangelist and general counsel, told me last week. “Rolling out securities is our proof point that the acquisition made sense and that it can accelerate our vision of bringing analytics to all practice areas.”

Get analytics on the timing of securities cases.

By mid-September, Lex Machina will add antitrust dockets, followed before the end of 2016 by products liability, employment, commercial law and commercial bankruptcy. Additional federal practice areas will come in 2017, after which Lex Machina will turn its attention to adding data from state dockets.

“This is the beginning of our sprint to deliver analytics for all of federal law,” Byrd said.

Lex Machina, which originated out of Stanford Law School, uses sophisticated analytics to mine court data to reveal insights about judges, lawyers, parties and matters.

To expand its analytics to securities, it had to first code the documents it received from LexisNexis with tags specific to the practice area. To develop those tags, Byrd told me, Lex Machina’s developers spoke to a number of leading securities litigators to find out what analytics they would want to know. 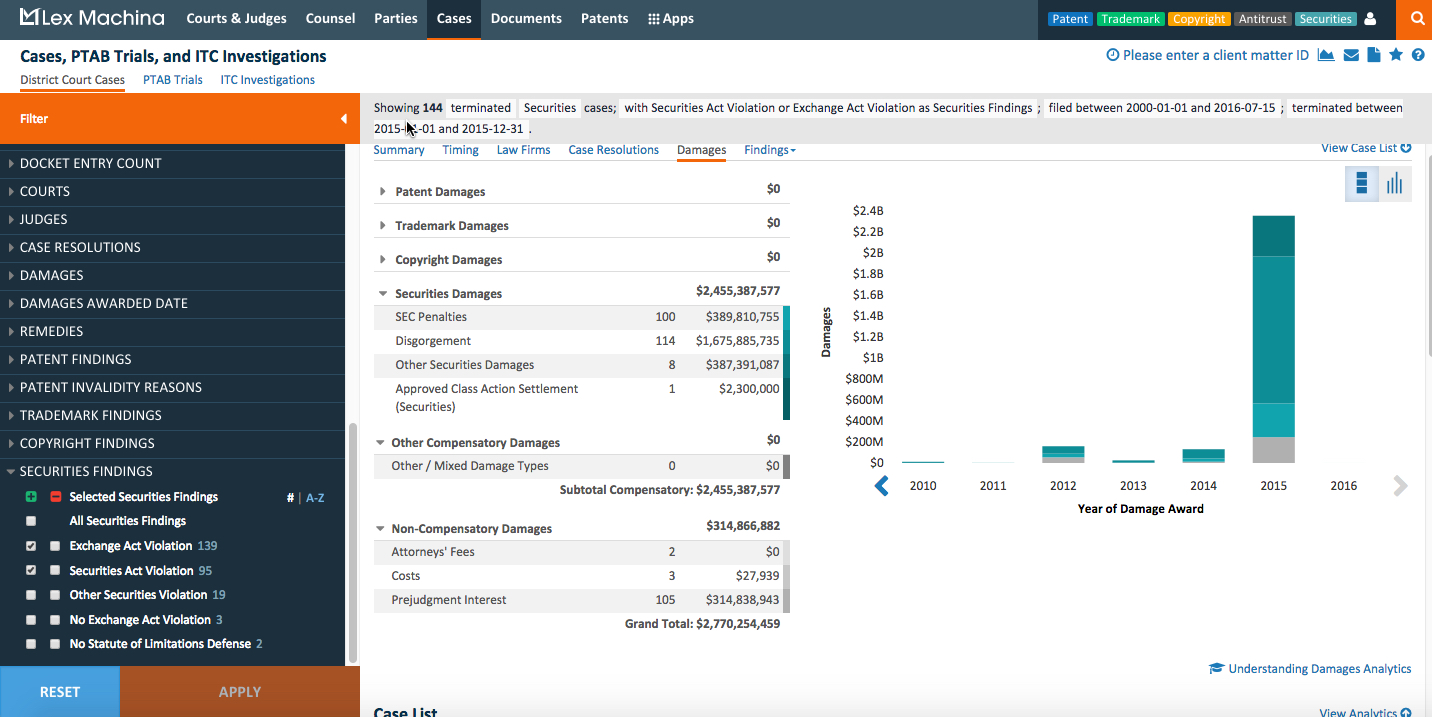 Among the analytics included in the new securities module are:

See analytics on findings in cases by judgment event.

With today’s roll-out of the securities module, Lex Machina also unveiled statistics on securities cases that terminated during 2015:

To read more about the company, see my posts tagged Lex Machina.