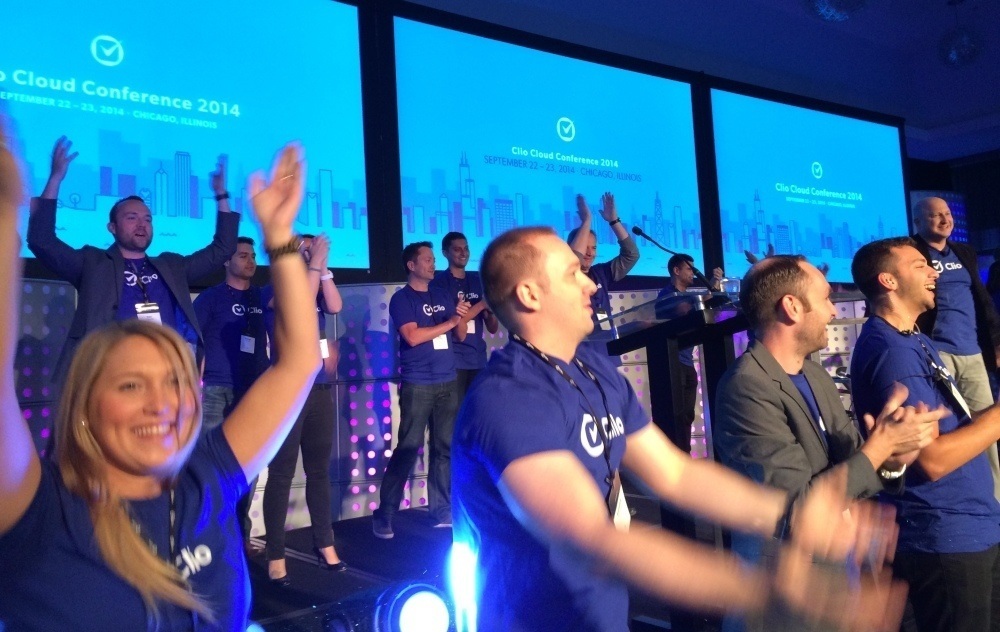 I tend not to gush about legal technology conferences. As a veteran of more than I care to remember, they all start to seem formulaic and familiar after awhile. But after attending last year’s Clio Cloud Conference, I posted about it with the headline, Electricity in the Cloud at Clio Conference. Of all the legal technology conferences I’ve attended, I wrote, “this one stood out as one of the best.” And I quoted several other bloggers who had the same opinion.

Now, the third annual Clio Cloud Conference is about to take place. It will be held in Chicago on Oct. 19 and 20 and its website says it is selling out fast.

Last year, I wrote that there were three things that made the conference great: the people, the people and the people. By that I meant that the speakers were superb, the Clio staff went above and beyond, and the attendees were charged.

One other point. Yes, this is sort-of a Clio users’ conference. But it is not only that. There is a Clio educational track throughout, but the other tracks cover a range of business and technology issues of interest to any lawyer, Clio user or not.

So if you have been on the fence about attending, my advice is go. I attended not only last year’s conference, but also the first Clio conference two years ago, where I spoke. The first one was also a great conference. So my headline really should ask whether lightning will strike a third time. My bet is it will.