SirionLabs, a global provider of AI-powered contract lifecycle management (CLM) software for large enterprises, has raised $85 million in Series D funding, bringing its total raise since its founding in 2012 to $157 million.

Ajay Agrawal, cofounder and CEO, said the company will use the funding to scale its operations and enhance its product, with an eye to an initial public offering within three years.

Within the next 12-24 months, the company will add up to 200 employees to its global workforce, with an emphasis on product innovation in AI and user experience in order to attract new customers while also supporting its current customer base of more than 250 companies.

A core focus of the product innovation, Agrawal told me, is on developing its AI to enable “autonomous contracting” — to fully automate high-volume contracts and create predictive contracting scenarios.

“Bot-enabled invoice auditing, bot enabled performance management, this is the future,” he said. “It’s the contract literally coming to life and singing and dancing in front of you.”

The funding announced today was led by Partners Group, a global private markets firm, acting on behalf of its clients, with participation from existing investors Avatar Capital, Sequoia Capital and Tiger Global. 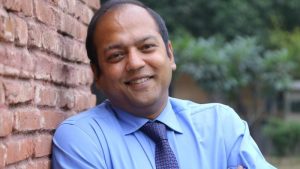 “The two biggest challenges in CLM are aligning post-award performance with contract terms and automating the import of legacy documents using AI,” Agrawal said. “The SirionOne platform has a compelling technology advantage in both of these areas.

“This capital allows us to seize the moment, accelerate product innovation and bring our award-winning solution to an increasing number of enterprise customers.”

In 2006, Agrawal was the original cofounder, along with Daniel Reed, of UnitedLex, one of the earliest legal process outsourcing companies. But, as he explained to me in a 2020 recording of my LawNext podcast, he became increasingly intrigued by a problem a UnitedLex client had described to him as one of “contract education” — the gap between the promises made in an organization’s contracts and the promises ultimately delivered.

In 2011, he sold his stake in UnitedLex to begin working on a solution. That led him to found SirionLabs in 2012 — together with entrepreneurs Kanti Prabha, Aditya Gupta and Claude Marais — with the goal of using AI to disrupt the field of enterprise CLM.

Agrawal said this latest investment is the result of what he described as a “flight to quality” among major private equity funds — that as global markets have undergone a period of turmoil, private equity did not cut back on funding, but rather began chasing the highest quality companies in their markets.

While SirionLabs did not aggressively seek out new funding, he said, “We have been deluged with more than 30 of the world’s biggest funds reaching out to us almost simultaneously.”

The reason for the interest in SirionLabs, Agrawal believes, is that it stands out as an innovator in a major segment of the CLM market in which there are few competitors.

He sees the CLM market as broken into two cohorts: the enterprise CLM companies, which he sees as the dominant cohort with the greatest interest and the smallest number of players, and the sub-enterprise companies targeting companies in the mid-market range.

He places SirionLabs in that enterprise cohort, principally competing against Conga, DocuSign and Icertis. But among those, he says, SirionLabs stands out as having the “most youthful” of tech stacks and the only one in which AI was organically part of the product from day one, rather than being tacked on as an afterthought.

“Ours is an organic infusion of intelligence at the backbone layer,” he said.

Last October, SirionLabs said it had nearly doubled its revenue over the prior 12 months and added a record number of new customers.

Gearing Up to Go Public

The lead investor, Partners Group, was particularly attractive to SirionLabs because it is not just a passive investor of capital, but a value-add investor that will actively assist SirionLabs in its go-to-market strategy, Agrawal said.

“We’re gearing up to go public three years from now and we wanted an investor who would help us on the journey,” he said.

With this investment, Cyrus Driver, managing director, private equity, technology, at Partners Group, joins the SirionLabs’ board of directors

“The addressable market for CLM is expanding rapidly as more organizations undertake digital transformation initiatives,” Driver said. “We were attracted by SirionLabs’ leadership in this category, superior product offering, and blue-chip client base, and look forward to working with management on increasing scale-up capacity.”

With regard to investing in product enhancement, Agrawal said the top priority is continuing to deepen its AI capabilities, with an eye towards a product that reduces human intervention and enables autonomous contracting.

A first step towards this is using AI to understand how a third-party draft deviates from a party’s preferred positions. But autonomous contracting would take that even farther, Agrawal said.

“If we already know what the delta is between a third-party contract and our preferred position, can a bot come in and redline the agreement itself?”

For higher-volume, routine contracts, such as NDAs, AI should be able to fully automate their creation, he believes.

Once a contract is executed, the next level of AI should be able to automate the reconciliation of an agreement’s more-complex terms, not just extracting terms as data, but enabling predictive scenarios that project, for example, how a certain course of action could play out under the contract.

Agrawal said SirionLabs has come to believe that the full benefit of this technology to the end customer will come about only if it deepens its interoperation with customers’ other tools.

Continuing to build these alliances will be an important component of the company’s continuing growth, along with expanded sales and marketing, he said.

Agrawal said acquisitions are also on his radar, but that any acquisition SirionLabs makes would not be primarily driven by the company’s revenue, but by its technology.

For example, he would be interested in a company with a strong ontology that could support SirionLabs’ journey to autonomous contracting. “If we can pick up an acquisition on the ontology side, rather than building it stack by stack, situation by situation, agreement type by agreement type, that would turbocharge acceleration of that journey.”

Ultimately, Agrawal believe that the challenges enterprise customers face have shifted in the post-pandemic world — from a narrow focus on cost savings to a broader focus on compliance, risk and supply chain resilience, and that they are looking for a CLM provider that will creatively partner with them to help them meet those challenges.