The last time I wrote about BriefCatch, it was in 2018, when I put it and two other legal editing programs to the test of editing four opinions authored by Supreme Court Justice Neil M. Gorsuch, pronounced by Slate a terrible writer.

Looks like I’ll have to go back to the lab for further testing, because BriefCatch today is introducing a new-and-improved version 3 that, among other enhancements, now makes the tool available to Mac users.

Read about BriefCatch on the LawNext Legal Technology Directory. 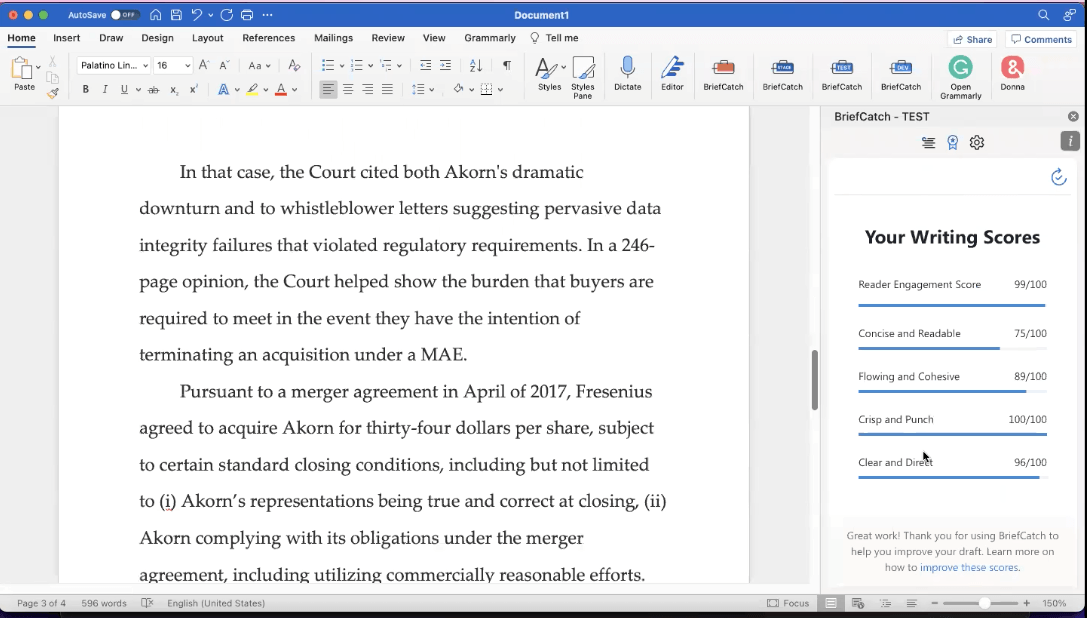 A unique feature of BriefCatch is that it scores your writing.

I had hoped to have the new version in time to test it before today’s release, but I have not yet received it. Once I do, I’ll once again put it to the test, and perhaps even revisit Justice Gorsuch.

However, BriefCatch founder Ross Guberman gave me a preview demonstration last week, and, based on that, the product seems to have some notable improvements. These include:

Guberman said that BriefCatch’s customers include several Supreme Court justices, some 50-60 different courts, a number of law schools, several federal government agencies, and law firms of all sizes, including some two dozen of the Am Law 200.

Guberman originally developed the product based on his experience as a legal writing coach through his company Legal Writing Pro.