Paradigm — the parent company to practice management platforms PracticePanther, Bill4Time and MerusCase and payments platform Headnote — is being acquired by Francisco Partners, a major investment firm that specializes in investments in technology businesses.

A Reuters report valued the deal at $400 million, citing “people familiar with the matter.” Francisco Partners is also the largest shareholder in LegalZoom, which it helped take public earlier this year.

Originally called ASG LegalTech, Paradigm was formed by Alpine SG (ASG), a software platform company backed by Alpine Investors. It began by acquiring Bill4Time in 2017, followed by PracticePanther in 2018, MerusCase in 2019, and Headnote in 2020.

Paradigm says it has seen substantial growth in recent years as law firms have moved to cloud-based products, and that it currently serves 11,000 law firms.

The strategic growth investment by Francisco Partners will enable Paradigm to capitalize on its current momentum and continue to drive product innovation and growth, the company said. 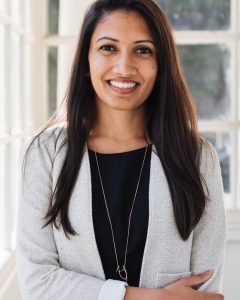 “We are thrilled to announce this growth investment from Francisco Partners, which validates Paradigm’s strong position in the legal software ecosystem,” said Soumya Nettimi, CEO of Paradigm.

“With Francisco Partners’ financial support and extensive software and payments expertise, we look forward to expanding our product suite and further innovating to help law firms operate more efficiently and easily than ever before.”

Nettimi and Colin Li, chief financial officer and chief revenue officer at Paradigm, will remain in their current roles, as will the company’s other executives and employees.

The transaction is slated to be completed before the end of the year. Financial terms were not disclosed.

This news comes amid a period of unprecedented investment in law practice management technology. Over the summer, this blog broke the news that Thompson Street Capital Partners had acquired Tabs3 Software, one of the oldest practice management products, and which also owns cloud platform CosmoLex.

LawSites also broke the news in July that MyCase had acquired case management platform CASEpeer and document automation company Woodpecker. That came after MyCase itself was acquired last year in a $193 million deal by private equity firm Apax Partners.

The largest direct investment in this sector was in April, when Clio announced a Series E investment of $110 million at a valuation of $1.6 billion, making it the first law practice management company to achieve unicorn status.

In February 2019, ASG merged the two companies to create a unified legal technology business under the name ASG LegalTech, naming as CEO Nettimi, who had taken over as PracticePanther CEO the prior October.

In March 2019, ASG LegalTech went on to acquire a third practice management platform, MerusCase, which is tailored for lawyers in specific practice areas, including workers’ compensation, employment and personal injury.

Last January, ASG LegalTech rebranded as Paradigm, which Nettimi and Li discussed at the time in an exclusive LawNext interview.

“When people hear the word paradigm, they typically think of paradigm shift. and with that, what we want to communicate with our rebrand is that our mission is to fundamentally shift the standard for legal technology,” Nettimi said during that interview.

No Stranger to Legal Tech

Francisco Partners is no stranger to legal technology. It is the largest shareholder in legal help platform LegalZoom after helping to take it public this summer. It was previously an investor in legal software company Aderant, and is currently an investor in the bar-exam company BARBRI.

The firm was named this week as top performer in the 2020 HEC-Dow Jones Private Equity Performance Ranking, rising from 16th in 2019.

Peter Christodoulo, partner at Francisco Partners, said of the investment, “We believe Paradigm’s powerful, cloud-native suite for the legal sector positions it very well for long-term growth as a leader in the legal technology landscape.

“We are very excited to be partnering with Soumya, CFO/CRO Colin Li and the entire Paradigm team as they continue to drive innovation in the legal technology sector as they have the last several years in partnership with ASG.”

[Disclosure: Paradigm is a paid sponsor of my LawNext podcast.]