I was in Manhattan on 9/11, where I worked as editor-in-chief of The National Law Journal. In a post here 15 years ago, I wrote about my memories of that day.

In that post, I focused on the end of the day. Throughout the day, the editors and reporters at the NLJ and throughout ALM were consumed with covering the story. As shocked as we all were, we also were journalists, scrambling to find out everything we could about the lawyers and law firms who might be among the victims.

But when I left the office that night around 9 p.m. to return to my hotel, I was overwhelmed by the otherworldliness of the stark and eerie Manhattan I was walking through. As I wrote in that prior post, the world’s most vibrant city, the city that never slept, now seemed to have had all life sucked out of it. Storefronts were shuttered. Streets were emptied. The only signs of life were occasional military patrols and vehicles.

But among the events of that day, there was a relatively minor legal tech-related side-story, one that had implications that carry through to today.

It started that morning, not long after the attacks, when the editors and reporters who had made it into ALM’s offices that day, from across several ALM publications, convened for an editorial meeting to discuss how we would coordinate coverage.

One decision we made was to send three two-person teams to Ground Zero to see what they could learn. Of the three teams, only one made it. The two others were blocked at the perimeter by police.

The team that made it consisted of Monica Bay and David Horrigan — two names familiar to many in the legal tech world.

Monica Bay was then editor-in-chief of Law Technology News, ALM’s legal technology magazine. Why, you wonder, was the editor of a legal tech publication assigned to cover Ground Zero? Because she happened to have a camera handy, and we needed a photographer.

David Horrigan was then a reporter working for me at the NLJ. He also might not have seemed the most obvious choice to send to Ground Zero, as he was a lawyer-turned-journalist who primarily covered case law developments. But he volunteered, and had a pen and pad at the ready.

I do not remember the full details of how Monica and David made it through the police lines when the other teams could not. But make it, they did. What I do remember is their return.

Monica’s photographs were vivid and horrifying, of soot-covered streets, crushed cars, mangled buildings. (The photo above is one of hers.) David carried scorched scraps of paper he had picked up from the streets or found floating to the ground. On closer examination, they were bits and pieces of legal documents, parts of them still legible.

My recollection is that Monica and David had not known each other before that day, or, at best, had known each other only in passing in the ALM editorial offices. But their shared experience not only spawned an enduring friendship between them, but also helped set David on the career path that now has him as an internationally known speaker and writer on e-discovery and legal technology. 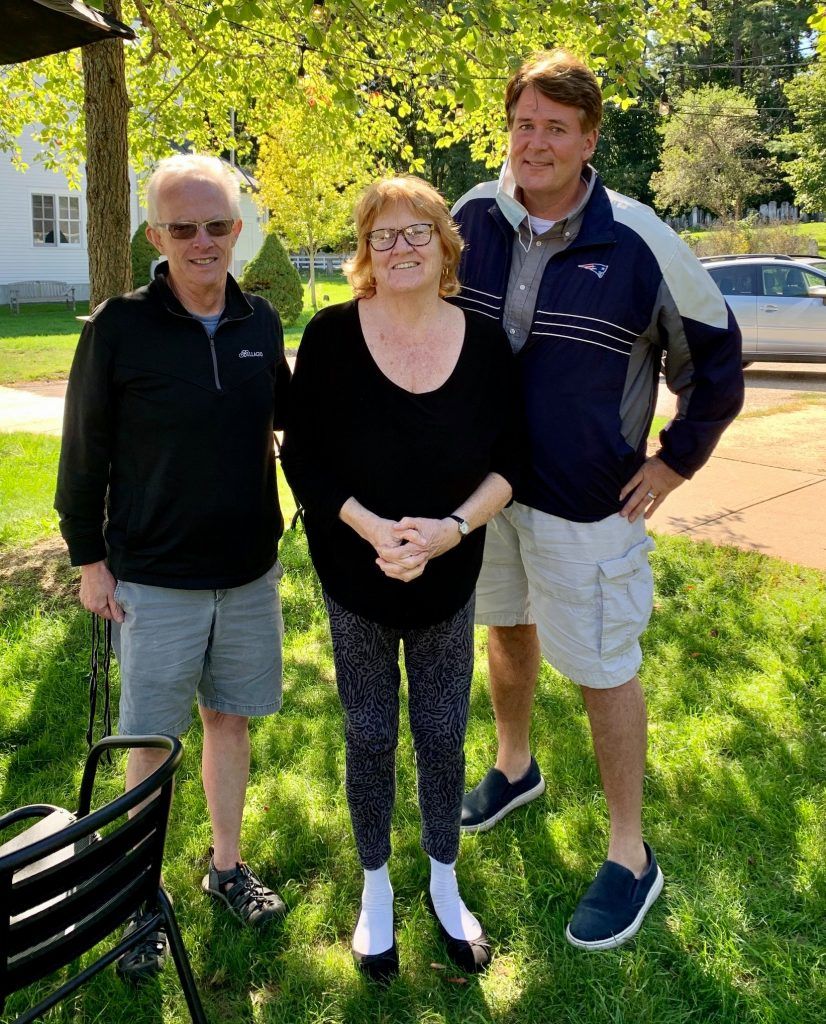 After their pairing on that fateful day, David began to write more about legal tech topics for Monica’s publication, as well as for the NLJ and other publications. That writing led him to a position as an analyst for 451 Research, focused on information governance and compliance, and that role opened the door to his current position at Relativity, where he is discovery counsel and legal education director, and where he is omnipresent in the e-discovery world as a speaker and writer.

Monica is retired now. David now lives not far from me in Massachusetts. Last year, on Sept. 11, 2020, David and I drove out to visit Monica at her Berkshires home, where we had lunch and shared memories of that day 19 years earlier.

In my original post about 9/11, I wrote of the starkness of Manhattan’s streets that night. “It was as though I had stepped into another world,” I wrote, “and I feared then that I — indeed, all of us — might never leave.”

But this little legal tech side-story is a reminder that, even out of tragedy, there can be rebirth and renewal. I am fortunate to have counted both Monica and David as friends, and to have been witness to the story of their friendship.