For Clio, the practice management company that helped pioneer cloud computing for legal, it is only fitting that its Clio Cloud Conference be in the cloud, as it will be Oct. 13-16 next week.

But, at the same time, for a company whose physical conference has become known as one of the legal profession’s leading events, maintaining that momentum in a virtual setting is a challenge.

Earlier this week, I was given a preview of the platform Clio will use for next week’s conference by Lauren Sanders, manager, office of the CEO, at Clio and the lead person in organizing the annual event. I was also briefed by Jack Newton, Clio’s cofounder and CEO, on some of the conference highlights.

“If your bar has been set around the virtual conferences you’ve seen so far this year, the Clio Cloud Conference will set a new bar,” Newton said.

Read on for a discount registration code for LawSites readers. 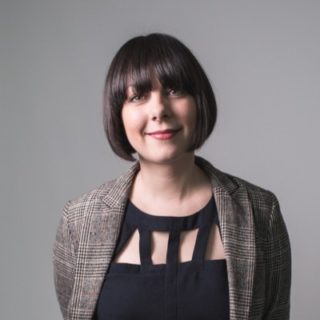 Let me start with the platform, because I was impressed that it does something that I have not seen any other virtual conference platform do so far, which is maximize engagement — or at least opportunities for engagement — among attendees.

Of virtual conferences I have attended so far, the critical ingredient they’ve found hard to replicate — the ingredient that is so key to live conferences — is spontaneous, face-to-face networking.

Other virtual conferences have attempted to make up for the lack of face-to-face networking by orchestrating networking through breakout rooms and scheduled “social” events.

But something I never really thought about until I saw Clio’s preview is that these other conferences put all the emphasis on the programs and speakers and do little or nothing to highlight the attendees. The so-called networking events feel staged and stilted.

The Clio platform takes a different approach, putting the attendees on almost equal footing with the speakers. Each attendee gets his or her own “spotlight” page where they can record and post a brief video greeting and through which they can connect with others.

Attendees can also create their own scheduled or spontaneous group discussion rooms, to which they can invite specific individuals or open them to others with shared interests. There are two types of these, Roundtables that accommodate the host and up to five guests and Boardrooms that can include the host and up to 15 guests.

When an attendee first logs on to the conference, they are asked to personalize their experience by choosing up to 12 areas of interest. These include topics such as “future of law,” “document management software,” and “Clio Manage.”

Based on those choices, the platform will recommend agenda sessions for you to attend. Your choices of interests are also used to connect you with others who have similar interests and to Roundtables and Boardrooms that you may wish to join.

“For me, a conference is about more than just consuming content,” Newton told me. “It’s about enabling the connections and the interpersonal exchanges that happen at the in-person conference to happen in a virtual environment. That’s our goal. We’re trying to create the environment to do that.”

I should point out that the platform Clio is using is not one of its own creation, but is from a company called Social27.  Its website describes this user personalization as its recommendation engine, using attendees’ areas of interest to personalize the overall event experience.

With regard to the substance of the conference, one thing Clio always does well is pick compelling keynote speakers. This year’s line-up is no different, featuring keynotes by:

As he always does at this conference, Clio CEO Jack Newton will give the opening keynote, in which his talk will pick up on themes and findings from the latest edition of the Clio Legal Trends Report, which will be released during the conference and will focus on the pandemic’s impact on legal professionals and legal consumers.

Beyond the keynotes, the conference spans four days and offers fives hours of programming per day, starting at 11 a.m. Eastern time and ending at 4 p.m. Eastern time. The full agenda is available on the conference site and includes an array of both Clio-specific programs and topics of interest to anyone who practices law.

There will also be entertainment and social events, highlighted by a Friday virtual dance party featuring drummer and DJ Questlove, whose band The Roots is the in-house band for The Tonight Show Starring Jimmy Fallon. On Tuesday, award-winning chef Stephanie Izard, executive chef of five popular Chicago restaurants, will offer cooking lessons.

A point I have made repeatedly about the Clio Cloud Conference in past years is that a key to its success is the people. As I wrote after last year’s conference:

“[A]gain this year, as in every prior year, the not-so-secret ingredient that defines this conference is the people it attracts to attend it. At this conference, there is an undeniable energy, a unique vibe.”

Newton made a similar point in our conversation about this year’s conference, saying that it’s not enough to create the optimal environment, but that you also need the right people, “the people who want to invest in creating that environment.”

Newton said he is excited that this year’s conference has brought back many of the same people who attended prior years’ events. But he is also excited that the virtual nature makes it accessible to anyone, no matter where they are.

With registration still open, the conference has already had a record number of registrations, Newton said. And to further enhance diversity, Clio is offering free registration to people of diverse backgrounds who otherwise could not afford to attend.

Registration for the full conference is $299. However, LawSites readers can register for $99 using a special discount code.

To received the discount, register using this link or go to cliocloudconference.com and use the promo code “AMBROGI” at checkout.