In a watershed ruling for public access to primary legal materials, the Supreme Court today held that the state of Georgia cannot claim a copyright in the annotations contained in its official legislative code.

But it is also a victory for public access more broadly, helping to ensure that members of the public have free and open access to state primary legal materials. 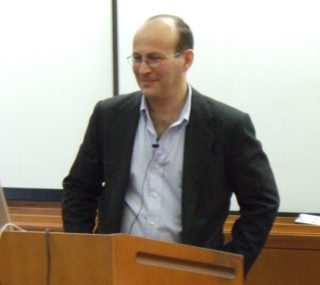 At issue in this case was the Official Code of Georgia Annotated, which is designated by the Georgia legislature as the official version of the state’s laws. The Georgia Code Revision Commission contracts with LexisNexis to publish the OCGA. Pursuant to that agreement, LexisNexis adds annotations, editorial notes, cross-references, research references and other enhancements.

LexisNexis sells the OCGA for $412. It publishes an online version that is free, but that omits the annotations.

In 2013, Malamud paid $1,207.02 to purchase the entire print set of the OCGA. He then scanned the set and posted it to his site. He also sent copies on thumb drives to various Georgia legislative officials. Soon thereafter, the chair of the Georgia Code Revision Commission sent Malamud a take-down demand. When Malamud refused, the commission filed suit against him in federal court in Atlanta.

The federal district court sided with the commission and ordered Malamud to remove the statutes from his site. the 11th U.S. Circuit Court of Appeals reversed and entered judgment for Public.Resource.Org.

In today’s opinion, written by Chief Justice John Roberts, the court affirmed the 11th Circuit, but for different reasons.

“A careful examination of our government edicts precedents reveals a straightforward rule based on the identity of the author,” Roberts writes. “Under the government edicts doctrine, judges — and, we now confirm, legislators — may not be considered the ‘authors’ of the works they produce in the course of their official duties as judges and legislators.

“That rule applies regardless of whether a given material carries the force of law. And it applies to the annotations here because they are authored by an arm of the legislature in the course of its official duties.”

Malamud, in an email, told me that he is very pleased with the court’s decision.

“My wish today is that we can all get back to the business at hand, making the law available to the people in ways that are much more useful and much more accessible,” Malamud said. “I’ve offered my assistance to the state of Georgia numerous times in the past, going all the way back to their very first takedown letter they sent to me, and I’d like to reach my hand out again to my friends in the great Peach State and tell them I would still be happy to talk to them.”

Malamud also expressed his gratitude to the lawyers who represented him pro bono and the 19 groups that supported his case through amicus briefs.

“This wouldn’t have been possible without the dedication of a huge number of lawyers who provided their services pro bono to Public Resource and to the 19 different groups filing amicus briefs,” he said. “This is especially true of Eric Citron of Goldstein & Russell and Elizabeth Radar of Calliope Law who represented Public Resource.”

Ed Walters, CEO of Fastcase, which waged its own battle over copyright in Georgia’s administrative regulations, praised the opinion as a victory for open government.

“This is a breathtaking opinion by Chief Justice Roberts, and on the broadest possible grounds,” Walters said. “The Supreme Court holds that under the government edicts doctrine, legislators acting in their official capacity may not be ‘authors’ of works they create, regardless of whether those works have the force of law.  This had been true for judges for centuries, and true for federal legislators by statute – but this opinion explicitly extends the doctrine to state legislators, and not just for codes – anything they produce acting in their official capacity.”

Walters notes that the opinion extends not only to legislators, but also to private companies in that it says they cannot be authors when they create works for hire for legislators acting in their official capacity.

“Researchers, law schools, litigants, lawyers, and publishers all use state codes, and we need to be able to use official codes without fear of copyright infringement,” Walters said. “Who owns the law? The Supreme Court affirmed today that we all do, and that private publishers can’t cordon off the official versions of state statutes.”