LAWCLERK, a legal services marketplace where solo and small-firm attorneys can hire freelance lawyers for short-term projects, is announcing today its new integration with the practice management platform Clio.

With the integration, firms that post projects to the LAWCLERK marketplace will be able to synchronize them to the pertinent matter in Clio. Synchronization means: 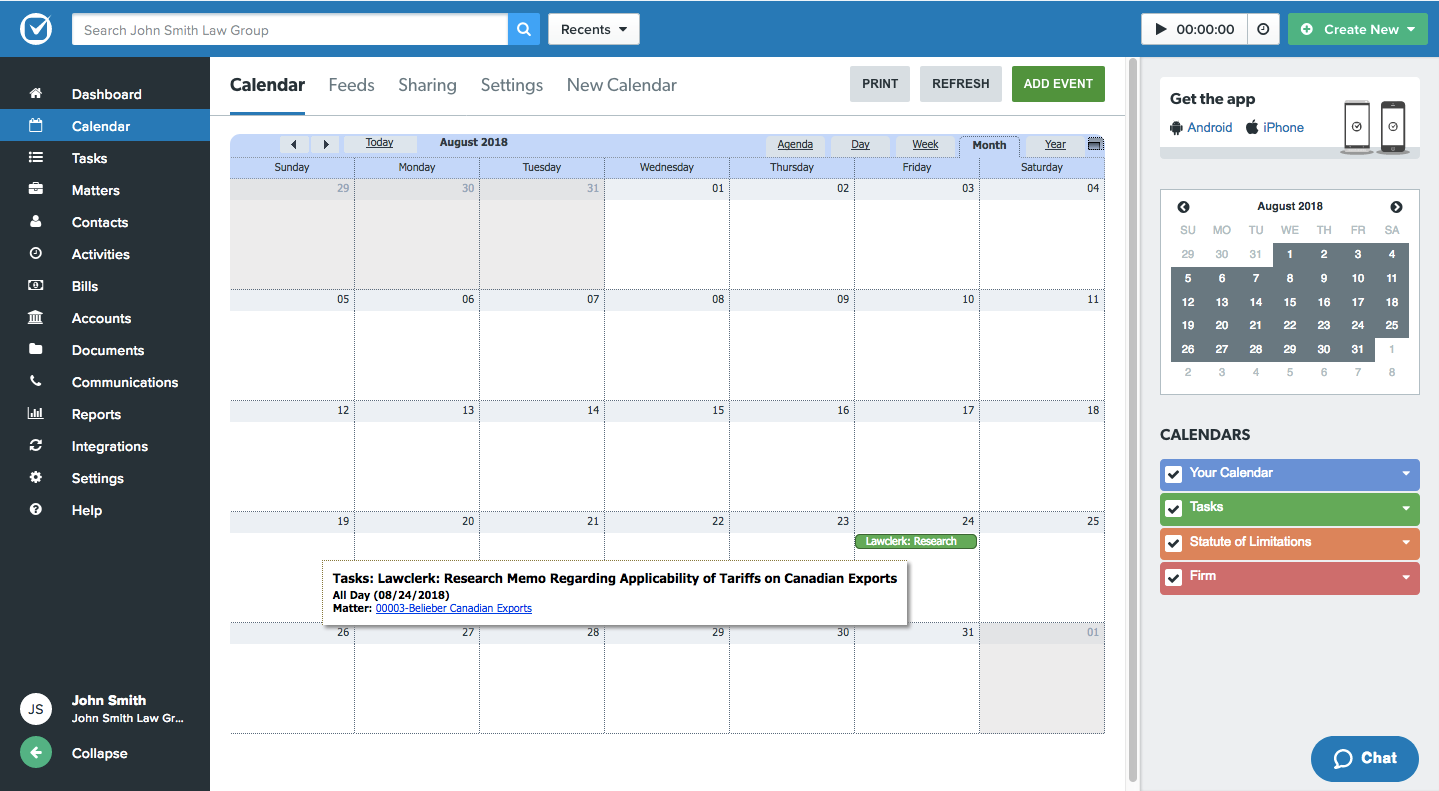 Deadlines in LAWCLERK are synced to Clio.

Yesterday, two of LAWCLERK’s founders, Kristin M. Tyler, chief marketing officer, and Talitha Gray Kozlowski, chief operating officer, gave me a tour of the new integration, as well as of the LAWCLERK platform. Tyler, Gray and the third founder, Gregory E. Garman, CEO, are all practicing lawyers and partners in the Las Vegas firm Garman Turner Gordon. In fact, Tyler was a guest last year on my Lawyer 2 Lawyer podcast talking about her legal work on behalf of victims and families as a result of the Las Vegas mass shootings. 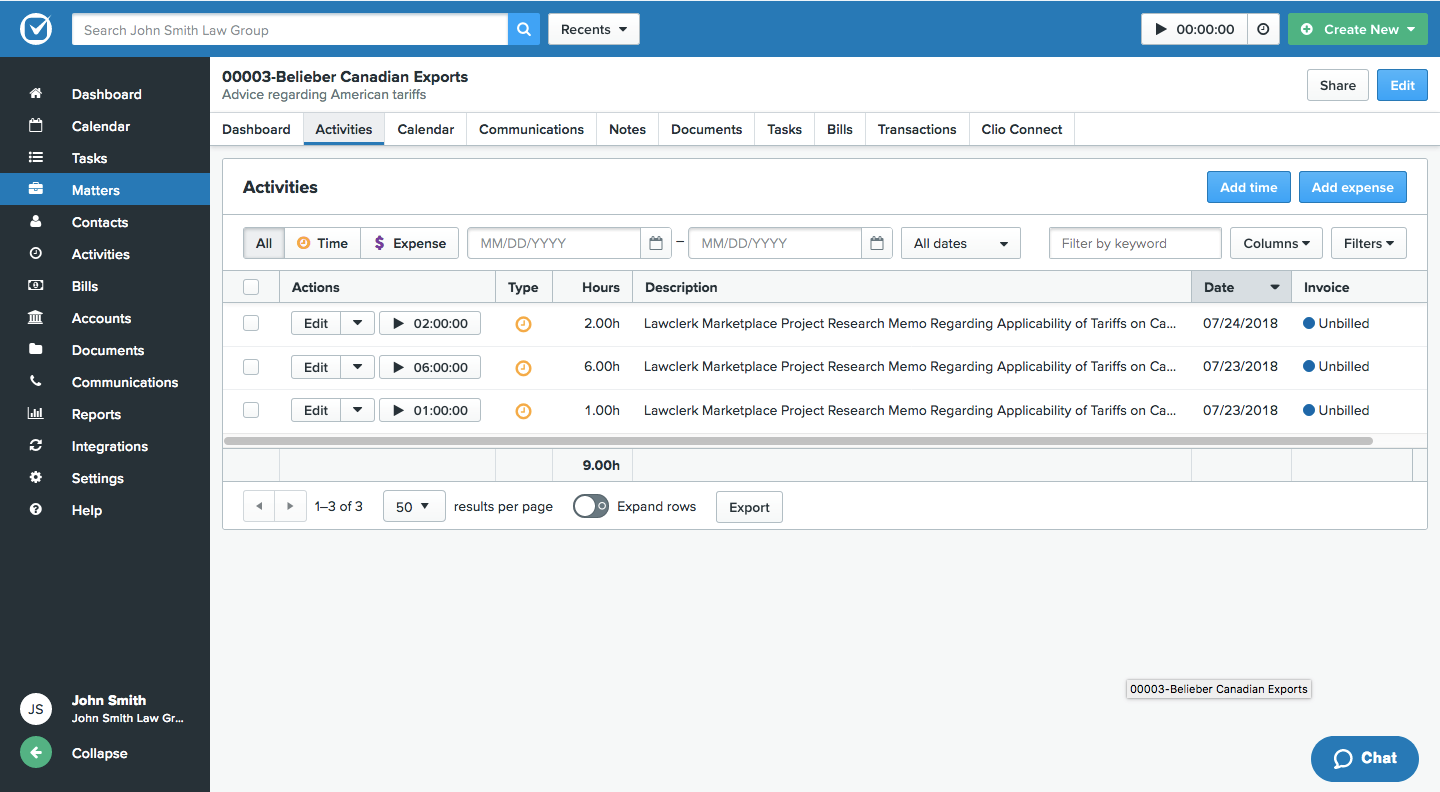 The freelancer’s time is synced to Clio for billing.

Over my years of covering technology, I have seen a number of platforms come along for matching lawyers with freelancers. Some of them seem to be doing well, such as Hire An Esquire, which caters to larger firms and legal departments, while others have disappeared, presumably for lack of traction.

LAWCLERK, which launched last year, has clearly put a lot of thought into how to do this right. Their focus is on helping smaller firms grow their practices in a flexible way. When a lawyer’s workload picks up, the lawyer can turn to LAWCLERK for freelance help. When it wanes, the lawyer is not committed to the cost of a salaried associate. In that sense, I guess it’s the gig economy meets law practice.

Among the features worth noting about LAWCLERK:

As for how it works, it is pretty easy. The first step is to register, create a biography, and be verified. Once you do that, you can post a project by completing a brief questionnaire that describes the area of law, the work needed, the project price, and related details. This is not a bidding site — projects are all priced on a flat-fee basis. LAWCLERK suggests that projects be priced at 35 to 40 percent of the estimated billable cost of the project.

A brief questionnaire is used to post a new project.

The posting includes a conflicts checklist in which the poster must list the clients, adverse parties, witnesses, and other potential clients. This is visible only to freelancers only as a final step before they take on a project.

Freelancers — who LAWCLERK calls lawclerks — can then apply for the project. From among those who apply, the poster can review their resumes, writing samples, and ratings from past projects, and select a freelancer to do the work. LAWCLERK provides a secure portal for communicating and exchanging documents between the poster and the freelancer, but they are of course free to communicate by telephone and email if they prefer.

Even though projects are priced as flat fees, freelancers are required to keep track of their time and submit their hours at the end of a project. This enables the lawyer to bill the work to the client. It also helps the lawyer better understand the scope of the work required to complete the project. In some cases, Tyler and Kozlowski said, lawyers will increase the fee paid to the freelancer, either during the course of a project or after it concludes.

eview resumes, work samples and reviews of freelancers who apply for projects.

Right now, the platform does not allow a posting attorney to request the same freelancer used on a prior project (although this can sometimes be done via a phone call to LAWCLERK). However, within the next month or two, the platform will introduce a feature it calls My Team. At the completion of a project, the lawyer will be able to mark the freelancer as a My Team member and will then be able to post projects directly freelancers who have been so designated.

LAWCLERK charges the posting lawyer a commission of 28 percent of the flat fee. Thus, if a project is posted for a $600 flat fee, the freelancer is paid $432 (72 percent) and LAWCLERK receives a commission of $168 (28 percent).

Tyler and Kozlowski say they and Garman founded LAWCLERK after they all left a larger firm to start their own boutique. As much as they liked being on their own, one aspect of larger firm practice they missed was the ability to tap into other lawyers for extra help or specialized knowledge.

They now have some 1,200 active users on the platform, and say they have been pleasantly surprised by the breadth and experience of the lawyers who become freelancers. Many are retirees who are highly experience and specialized, they say. Many are military spouses whose transient lifestyles prevent them from establishing practices. The largest proportion are stay-at-home parents.

On the law firm side, “we’ve had a couple of users who’ve really built their business model around us,” Tyler says. These are lawyers and firms that may have used contract attorneys in the past from temp agencies or other sources, but now use LAWCLERK exclusively. “It’s as though they have their own team of associates.”

If you are interested in seeing more about any of this, LAWCLERK has a YouTube page with a number of videos showing how it works, including videos showing the Clio integration.