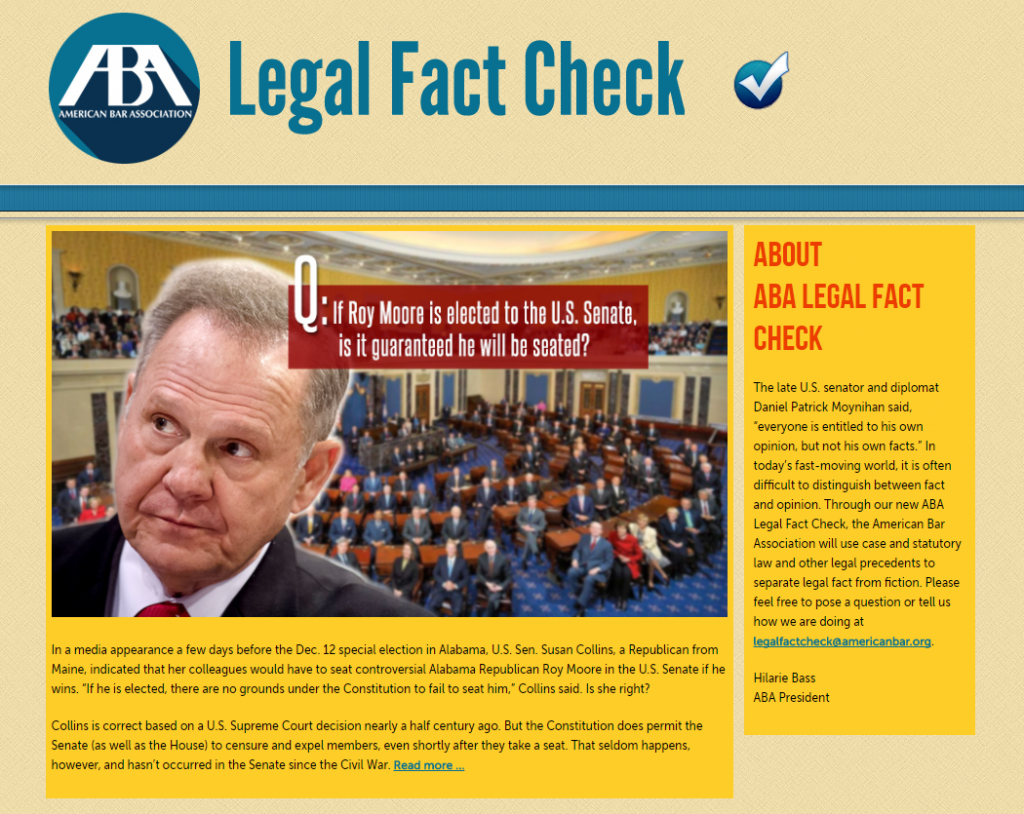 If Alabama Republican Roy Moore wins today’s special election for the U.S. Senate, will Congress have to seat him?

The answer to that and many other pressing questions in the news is provided by ABA Legal Fact Check, a website launched last August as one of the initiatives of this year’s ABA president, Hilarie Bass.

Its purpose is to provide the public with dependable answers to legal questions raised by current events and news stories. The site uses case law, statutes, and other legal precedents “to separate legal fact from fiction.”

“In a world with multiple sources of information, it is often difficult to distinguish between fact and opinion,” Bass said when the site first launced. “Through our new ABA Legal Fact Check, the American Bar Association will use case and statutory law and other legal precedents to help set the record straight by providing the real facts about the law.”

Among the questions answered so far on the site:

As for that question about Moore, ABA Legal Fact Check answers that the Senate must seat him if he wins.

“But the Constitution does permit the Senate (as well as the House) to censure and expel members, even shortly after they take a seat,” the site adds. “That seldom happens, however, and hasn’t occurred in the Senate since the Civil War.”