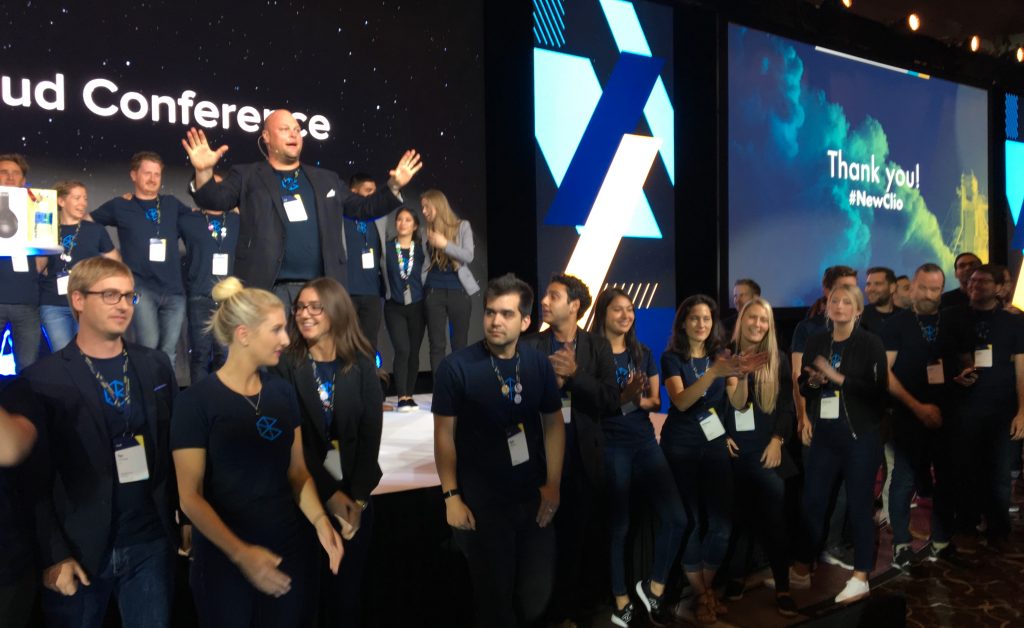 I feel the same this year. In fact, I feel as if, with this year’s conference, the Clio Cloud Conference has cemented its standing as a must-attend annual legal technology conference. This was no small feat, because this year’s conference was nearly double the size of last year’s, going from 700 to 1,200 attendees, and it was held in a new venue, moving from Chicago’s intimate and stylish Radisson Blu Aqua Hotel to the larger and slightly casino-like Hyatt Regency New Orleans. Yet somehow it all worked, still retaining the intimate feel of prior years’ smaller crowds and venue. (Next year’s conference, by the way, will return to the Hyatt on Oct. 4 and 5.)

[For more on the conference, see At Its Annual Conference, Clio Unveils New Design, New Direction and My Podcast Interview with CEO Jack Newton on Clio’s Future Course.]

But I come back to the question of what makes this conference or any conference great. Part of what has me pondering this is that I came away this year with the impression that the programming was nothing spectacular. I have to confess: I say that based more on the titles and speaker line-up than on first-hand experience. I attended way too few programs, spending more of my time in meetings with vendors and others. Notably, I missed the one keynote that attendees seemed unanimously to agree was among the best keynotes they had ever seen, delivered by Canadian astronaut Col. Chris Hadfield. 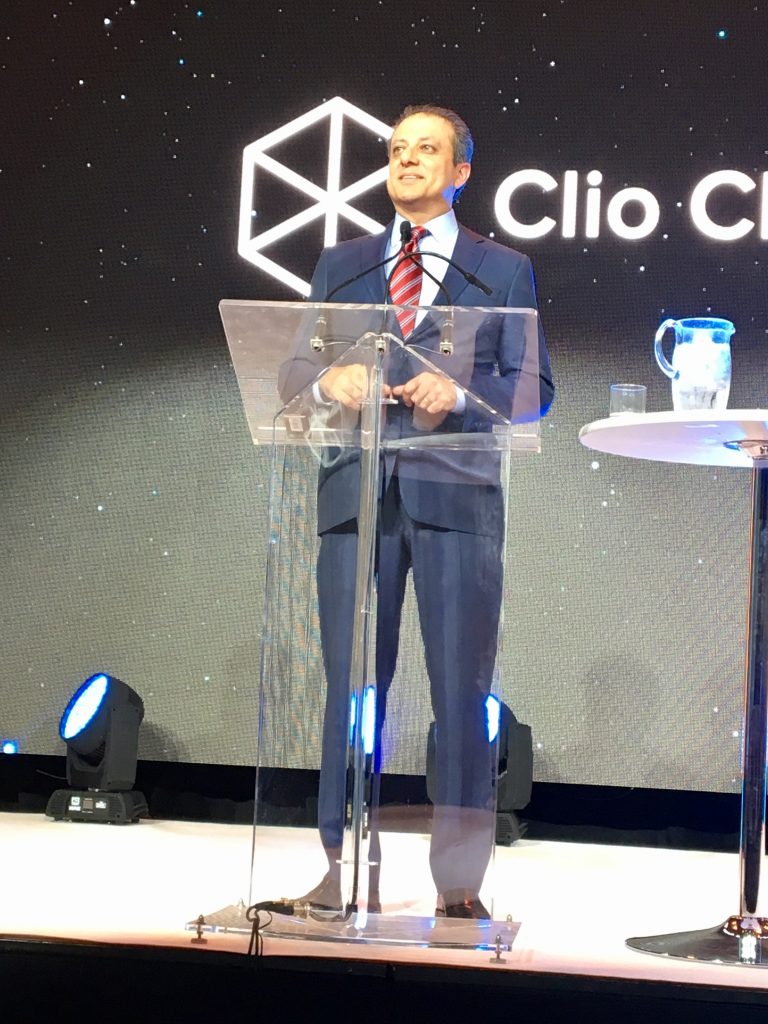 And, by the way, Hadfield was just one of four keynotes. In addition to his, keynotes were given by Clio CEO Jack Newton, the amazing Haben Girma, the first deaf and blind person to graduate from Harvard Law School and now a disability rights advocate, and Preet Bharara, the former U.S. attorney for the Southern District of New York who was famously terminated by President Trump.

But, setting aside the keynotes, scan the titles of the programs, and there were not any that you couldn’t find at other legal tech conferences such as ABA Techshow or a major state bar conference. As in past years, the programs ran along four tracks, one on legal technology, one on the business of law, and two devoted to basic and advanced training on the Clio platform. There were good programs on marketing, social media and law office technology. There were some particularly cutting-edge topics, such as how to use VR in the courtroom and whether law firms can accept Bitcoins.

I do not mean to be critical of the programs. The topics were relevant and practical and the speakers were knowledgeable and qualified. My point, simply, is that it was not the line-up of programs, alone, that made this a great conference or that made it stand out from others. You could find similar topics and similar speakers (and even the same speakers) at other conferences. There was something else.

Part of that “something else” is the Clio staff. I’ve mentioned this in my write-ups on past years’ conferences, and it remained true this year. Of its 240 total employees, Clio had roughly half in attendance at this conference. These people are uniformly enthusiastic about their company, knowledgeable about their product, and as helpful and friendly as you could ask. No question ever need go unanswered for long here, because a Clio staffer is available at every turn to help. A company’s employees say a lot about the company, and these employees speak volumes about Clio.

(Speaking of staff, recognition for a job well done is due to Lauren Sanders, the special projects coordinator at Clio who is primarily responsible for making this conference happen every year.)

Another part of the “something else” is the venue. As noted, it changed this year, but Clio retained the physical characteristics that facilitate interactions, conversations and collaboration. How many conferences have you been to where there is nowhere for two people to sit down and have a conversation? Not here. The space is designed to ensure that there are places to talk. Exhibitors are front and center, but not in an overbearing way. Booths are discreet and uniform and traffic naturally flows around them. There is the Smart Bar where attendees can get answers to Clio questions and the Clio Lab where attendees can not only see what’s coming in Clio, but even suggest fixes or discuss bugs that Clio designers and engineers will address virtually immediately.

But in my mental struggle to put my finger on what makes this conference stand out, I kept coming back to a tweet I saw during the conference:

#cliocloud9 I have never heard so many lawyers talk so much sense about tech and practice in a any conference ever. Shit is happening.

Note that this tweet did not come from some legal tech newbie. John Mayer is the executive director of The Center for Computer-Assisted Legal Instruction, a non-profit consortium of law schools, law libraries and related organizations that conducts applied research and development in computer-mediated legal education and creates tools that increase access to justice.

So when Mayer says he’s never heard so many lawyers talk so much sense about tech and practice, he knows what he’s talking about.

This is what it boils down to, I think. What distinguishes this conference from some of the other conferences out there is the people. It is the sum total of those who attend — the lawyers and legal professionals who come to learn, the speakers who come to educate, the vendors who come to explain (and sell), and the Clio staff who come to guide. It is not that they are all already experts in legal technology. It is that they are all enthusiastic about the future of law practice and the role of technology in helping to shape that future.