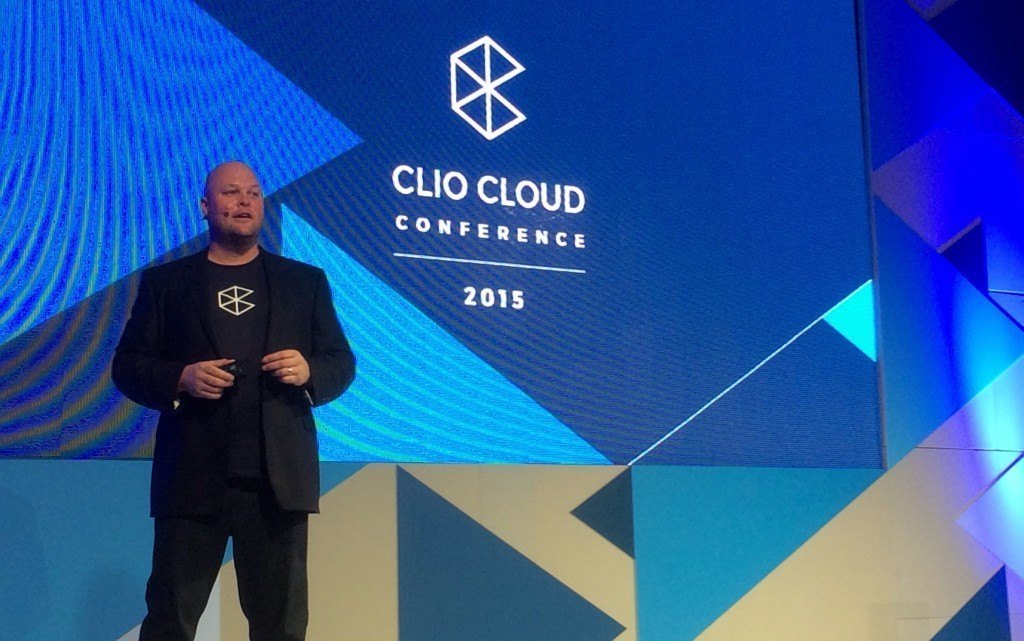 It might strike you as corny to hear that a legal technology conference kicks off at 8:30 a.m. with a bevy of hip-looking Millennials, all clad in the conference’s official black T-shirt, swarming en masse into the auditorium-sized room where some 600 legal professionals have assembled to hear the keynote, dancing and singing and jumping around – and drawing the audience to join in.

And you might not believe your eyes or ears later that day, when speaker Jeena Cho, the San Francisco lawyer who teaches mindfulness and meditation, invites roughly 400 lawyers and others gathered in that same room to follow her in a guided meditation. For more than five minutes, the assembled professionals willingly oblige, closing their eyes and sensing their breaths in a room still with absolute quiet save for Cho’s occasional prompts.

Yet somehow these moments seemed perfectly appropriate at the Clio Cloud Conference, an event where the prevailing vibe was hip and cool and cutting edge. The conference felt as if it was taking place somewhere in the heart of Silicon Valley, even though the actual venue was Chicago and the host, Clio, is a legal practice management company based in Vancouver, British Columbia.

Don’t get me wrong: It wasn’t all touchy feely and kumbaya. The conference focused on the meaty subject of building a law firm. Three substantive programming tracks ran over the course of the two days, one on the business of law, one on legal technology and the third on using Clio. There were also ongoing side events, such as the Clio Lab, where attendees could meet with Clio’s developers and discuss existing or hoped-for features, and the Smart Bar, where attendees could meet one-on-one with Clio staff to ask questions or get training.

And there was the notable line-up of speakers, including keynotes by John Suh, CEO of LegalZoom; David Wilkins, professor at Harvard Law School and director of its Center on the Legal Profession; and Dahlia Lithwick, senior editor covering law and the courts at Slate. 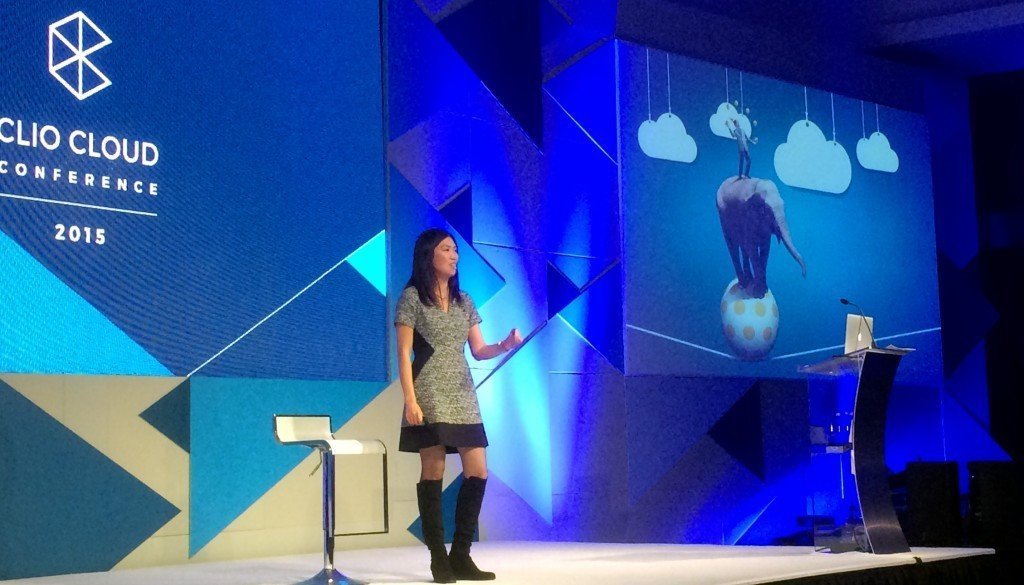 One of the more provocative keynotes was by Jack Newton, who cofounded Clio with longtime friend Rian Gauvreau in 2008 and is now its CEO. Newton challenged the widely held belief that great service builds customer loyalty – or, in the case of law firms, client loyalty.

He cited research by CEB that found a weak correlation between customer satisfaction and customer loyalty. “Exceeding customers’ expectations doesn’t have a big impact on loyalty,” Newton said.

For Newton, that leads to several conclusions applicable to lawyers. One is that they should be using the cloud. “The cloud is all about delivering an effortless experience,” he said. Another is that they should be using a platform such as – of course – Clio to make the delivery of legal services and the running of a law office as effortless as possible for both the law firm and its clients.

This was the third Clio Cloud Conference. It has grown from 250 attendees the first year to 400 last year to 600 this year.

Meanwhile, on its seventh anniversary, Clio itself also continues to grow. It now has 155,000 active users and has hosted 7.8 million legal matters, Newton said. Lawyers have processed a total of $18 billion worth of invoices through Clio.

But it struck me this year that what most defines this conference is the people who attend it. They are lawyers, law office administrators, paralegals, law librarians, consultants, and others. They are mostly from solo and small firms. Some are Clio users but by no means all. They range from young to old in age and novice to veteran in experience. They come from locations near and far.

Whatever their backgrounds, they all seemed to have something in common. They all – as someone else said to me – had drunk the Kool-Aid. And I’m not talking about the Kool-Aid of dancing and singing and meditation. I’m talking about the Kool-Aid of the cloud and technology. The folks at this conference were past the stage of asking whether they should be using the cloud. They were past the point of wondering whether technology can help them run their offices more efficiently or deliver their services more effectively.

They were here because they want to get better at building their practices and want to learn more about the best and most cutting-edge ways to do that. They get technology and now they want to master it.