Last year, as I wrote here in December, a group of undergraduate law students at the University of Cambridge in the UK launched what they called the world’s most advanced legal chatbot, LawBot, designed to help crime victims by providing a preliminary assessment of their situation and of the actions available for them to pursue. Since then, LawBot’s developers have been busy, and today they are introducing the rebranding of their company as Elexirr and the launch of a new bot that will predict whether a legal claim would be won or lost if it went to court. 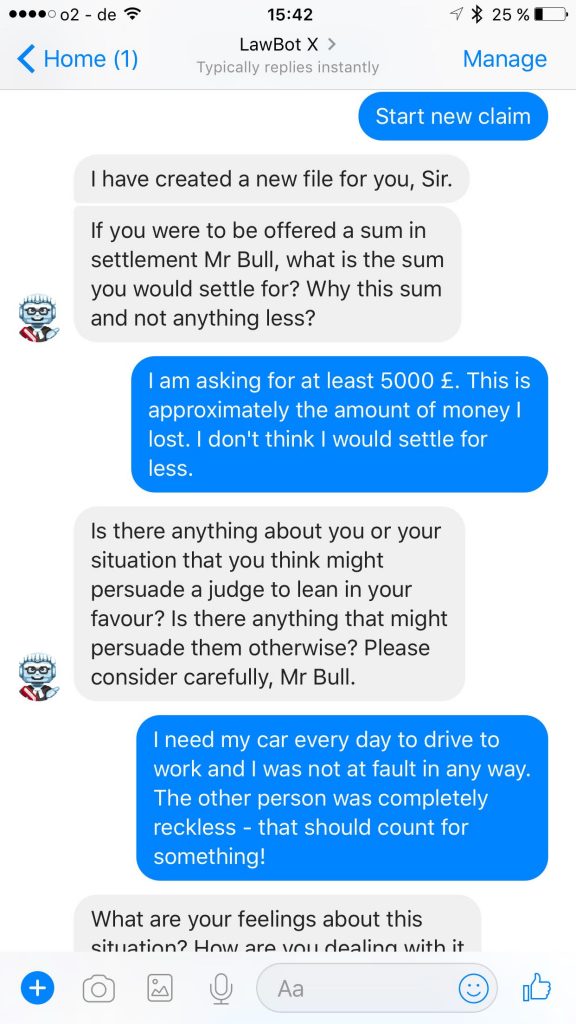 The bot predicts the outcome of a claim with 71 percent accuracy, Ludwig Bull, managing director (and still a student), told me last week, and he believes further development will enable the bot to achieve 80-90 percent accuracy.

More about the bot below, but there is also other news to report from Elexirr:

(By the way, some readers may have noticed that LawBot already rebranded itself once earlier this summer, to LawBot X. The company was about to formally announce that rebranding last week, when it delayed the announcement and then came out with today’s news of the Elexirr name.)

The prediction chatbot, launching today, is available through Facebook Messenger. Elexirr has collected extensive data on claims that went to trial and their results, including descriptions of the facts and law, Bull told me. The Elexirr software uses this case data to make predictions about future outcomes.

A user can engage with Elexirr about any type of legal problem. The only limitation is that it needs to be a legal problem with a potential litigation dimension. The bot starts asking questions about the claim and at some point, it tells the user that it has collected enough information to make a prediction. At that point, it offers the user the choice of making the prediction or asking further questions. The more questions asked, the more accurate the prediction.

Once the user opts to have the bot make a prediction, the bot gives the answer of win or lose.

Starting in 4-6 weeks, users of the bot will also receive an email restating the prediction and offering to match the person with a lawyer. Bull says that Elexirr has developed an algorithm that matches the user, based on the user’s answers, to the lawyer who best fits the claim. 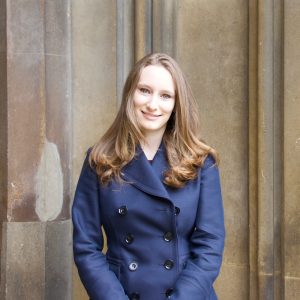 “The success of our initial pilot project demonstrated a gap in the legal services market for an automation of the initial triage process,” Rebecca Agliolo, Elexirr’s cofounder and marketing director, said. “Our new service provides both a tool for law firms and a service for users. For firms, conversation becomes conversion; for users, the question of whether and how to seek representation is expedited.”

Lawyers who participate in the referral system will pay Elexirr a referral fee. The amount has not been finalized, but Bull said it will be a fixed fee of from 5 to 50 pounds for all types of cases. The more a firm uses the system, the more the system will learn the kinds of cases it is willing to take, so firms over time will get more targeted cases, Bull said, and clients will get firms more closely matched to their needs.

Elexirr has also launched a case prediction service for corporations in the UK. Bull describes this as an in-depth, bespoke analysis of a claim, and said the service is designed for large corporations that are considering litigation or are in early-stage litigation.

“Instead of submitting the problem to a lawyer, we offer to make our prediction and tell them not only whether they will win or lose, but what factors will drive that outcome,” Bull said. 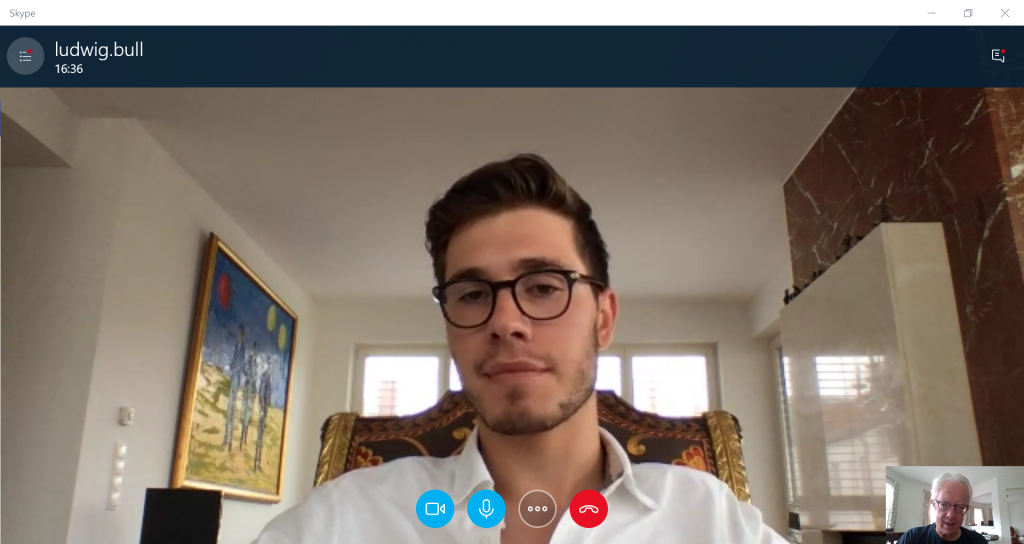 The service currently covers all common law jurisdictions. The first report is free, then subsequent reports cost 500 pounds each.

Elexirr has its sights set on expanding to the U.S., but before it can do that, and to fund continuing growth in the UK, it needs to raise 5 million pounds. Not wanting to lose control of their company to investors, the founders have decided to raise capital by issuing their own cryptocurrency later this year through a form of crowdfunding known as an Initial Coin Offering.

Investors in the cryptocurrency would be law firms and corporations that are customers of Elexirr, either for its lawyer referral service or its corporate prediction service, Bull expects. They would receive tokens they could use to purchase products and services from Elexirr. The currency could also be bought and sold on the open market, like other forms of cryptocurrency, and the exchange rate of the currency could rise or fall.

The ICO would be conducted through the cryptocurrency platform Ethereum and purchasers could hold their tokens using the Ethereum wallet.