A group of law students at the University of Cambridge in the UK have developed what they call the world’s most advanced legal chatbot. Lawbot helps victims of crime by providing a preliminary assessment of their situation and then helping them understand what actions are available for them to pursue.

The chatbot currently covers 26 major criminal offenses in England and Wales and the developers plan to add others. Among the topics it covers are sex offenses; property offenses such as theft, burglary and break-ins; and offenses against the person such as injuries, assaults and psychological harm.

Lawbot leads users through a series of questions to arrive at an assessment of their legal situation. The developers say that Lawbot’s answers are randomized so that no two conversations are the same. They are also designed to be empathetic and compassionate, assuring users “this wasn’t your fault” and apologizing for difficult questions.

The chatbot was inspired by reports that two thirds of sexual assaults in the UK go unreported and that only one in five female students report sexual assaults. Its developers say it draws from the insights of Cambridge-educated lawyers to formulate accurate questions derived from relevant statutory law. 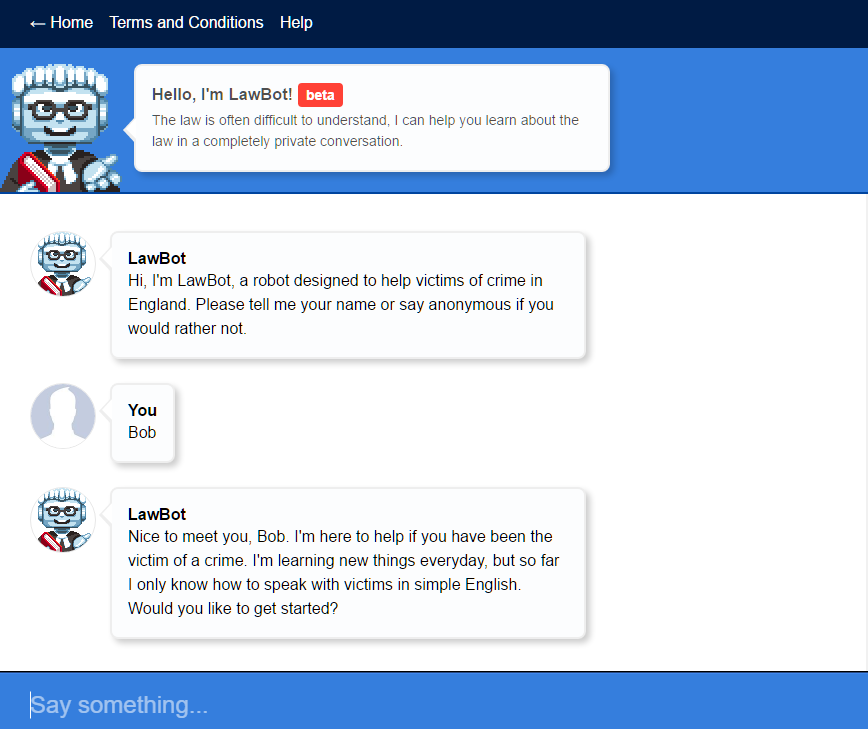 I gave Lawbot a try, pretending to have been the victim of a physical assault. After a round of introductions and disclaimers, it led me through a short series of questions and then advised me of the criminal statute I should review. 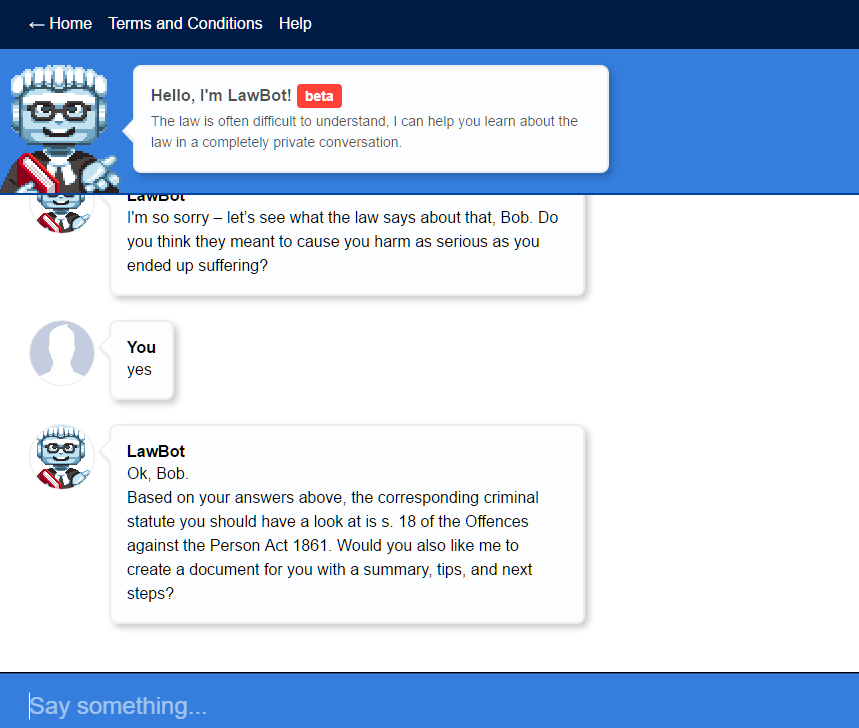 It also offered to create a document with a summary, tips and next steps, as well as to help me find the closest police station. Below is the summary it produced for me. 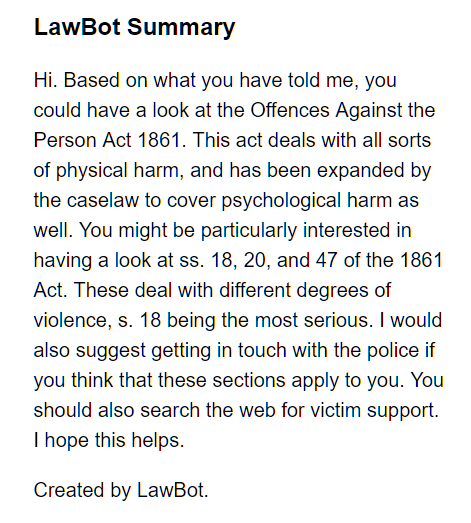 Lawbot is similar in concept to Do Not Pay, a chatbot launched earlier this year in the UK as “the world’s first robot lawyer” to help people fight parking tickets.