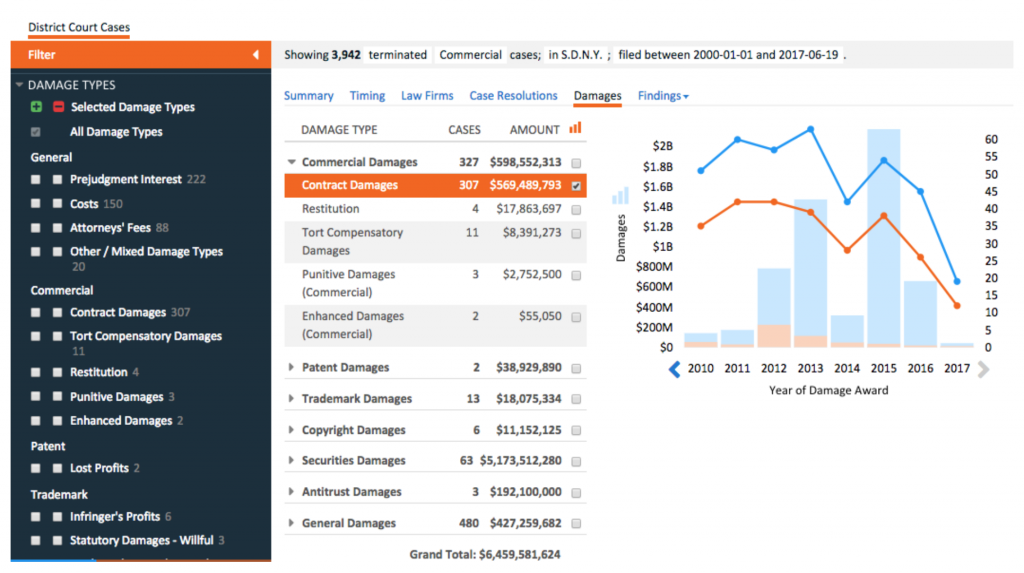 The legal analytics company Lex Machina today announced what it is describing as the most ambitious and largest expansion yet of its analytics into a new practice area, commercial litigation.

Since its acquisition in November 2015 by LexisNexis, Lex Machina has been using LexisNexis’s collection of federal and state docket data to expand its analytics platform beyond its original area of intellectual property into other practice areas, adding securities last July and antitrust in November. It plans eventually to cover every federal practice area.

With today’s release, Lex Machina is adding data on 62,000 commercial cases dating back to 2009. Attorneys will be able to use its analytics to obtain insights on case timing, resolutions, findings, damages, , remedies, and also to obtain competitive and strategic intelligence on opposing counsel, law firms, parties, judges, venues, and more. 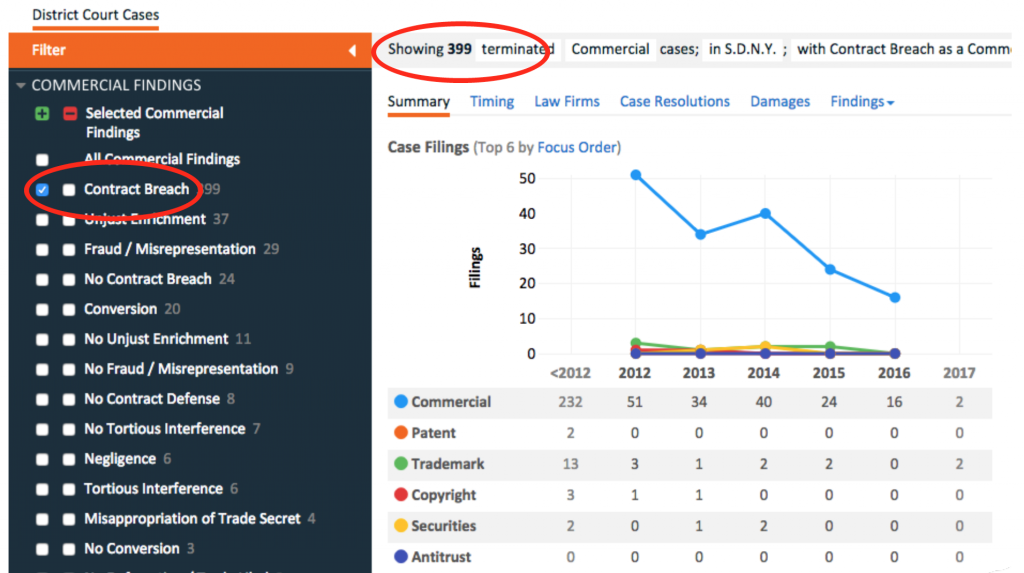 In announcing today’s news, Lex Machina CEO Josh Becker said the addition of commercial litigation was the company’s most ambitious addition yet because the category transcends so many types of legal practice. Of over 62,000 commercial cases filed since 2009, 80 percent include a breach of contract claim and 57 percent include a business tort claim. Roughly 25 percent of commercial cases meet the definition of an intellectual property, securities or antitrust case, and are coded in PACER as such.