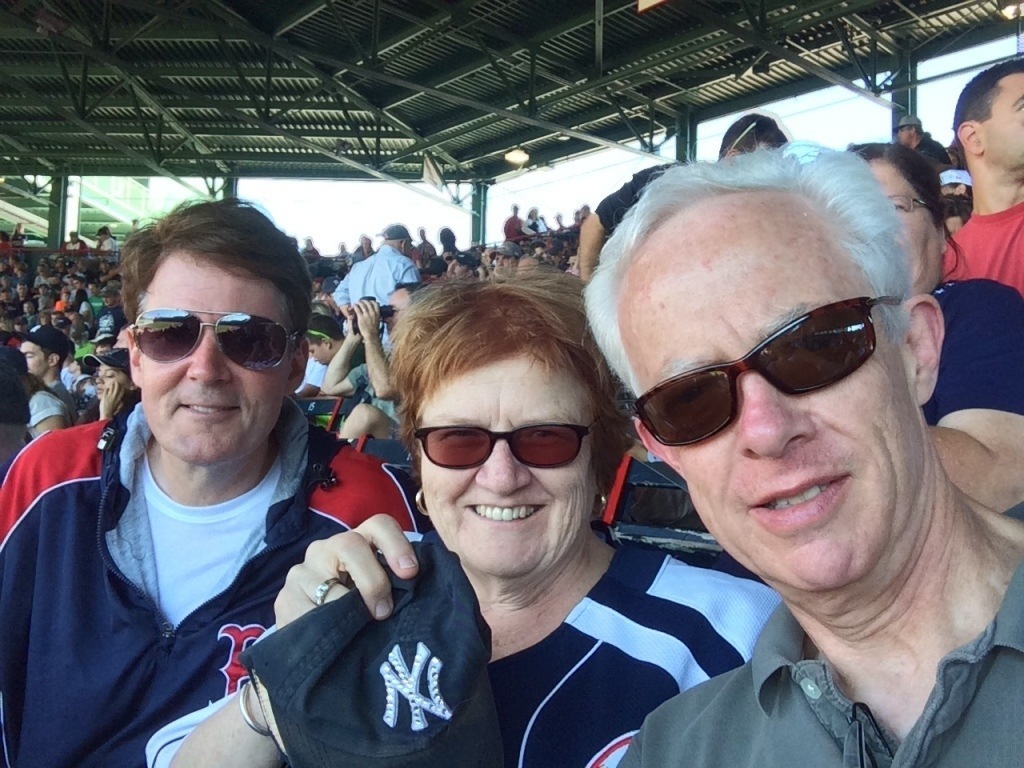 At Fenway in September for Jeter’s second-to-last game, with David Horrigan of 451 Research and Monica.

Next week’s LegalTech will be a glitzy, bustling showcase of the world’s largest legal technology companies. But amidst it all, one individual may prove to be the biggest story of the show.

After a 30-year career with ALM (the legal publishing company that runs LegalTech) and 17 years as editor-in-chief of Law Technology News, Monica Bay is retiring. Her official last day is Feb. 9. 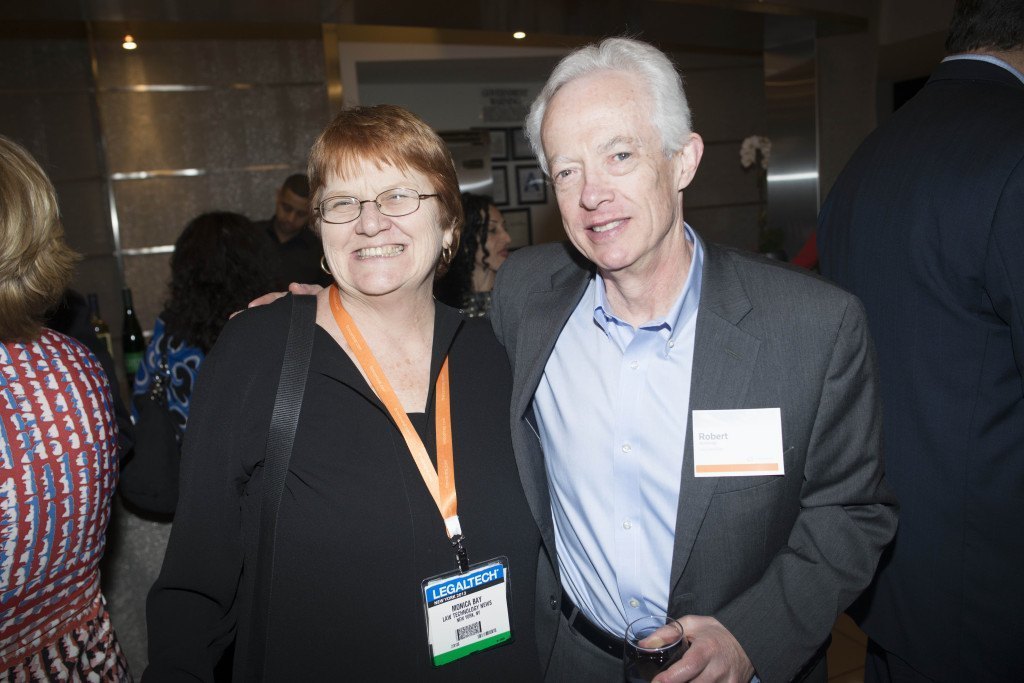 With Monica at a Thomson Reuters event during LegalTech 2013.

I honestly do not remember when I first met Monica. But I’ll never forget the phone call from her in August 1998.

Monica had just taken over at the helm of Law Technology News and was about to put her first issue to bed. But she had a problem. A scheduled column had fallen through, leaving a hole in the magazine that needed to be filled on short order.

Monica called me and asked if I could help her out by filling the hole. She suggested I write something about the Web, adding that she would need it in just a day or two. I was happy to oblige. I filled that hole with an article about the Y2K bug and then I continued to write the “Web Watch” column for her for another 15 years, until October 2013. 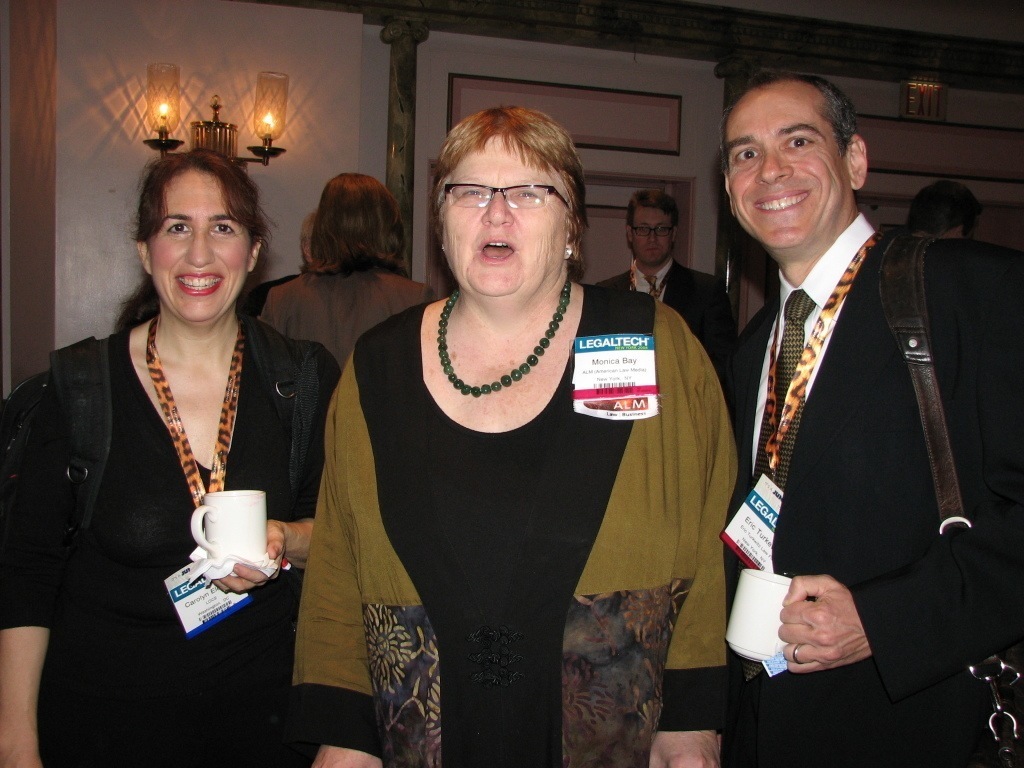 To appreciate Monica’s editorship of LTN, you have to remember that magazine before she took over in 1998. Until then, it had been largely an outlet for vendor press releases, with little reporting or analysis. Monica brought on new reporters and columnists, added depth and commentary, and made the magazine a must-read. Over the years of her leadership, she, the magazine and its writers won some 53 journalism awards.

During her tenure, she oversaw the magazine’s move from pure print to a companion web version and then also a mobile version. That changed the dynamics of her workflow, as she went from producing a monthly magazine to producing both the magazine and daily updates to the website. As the website grew in prominence, the magazine reduced its frequency to alternate months. 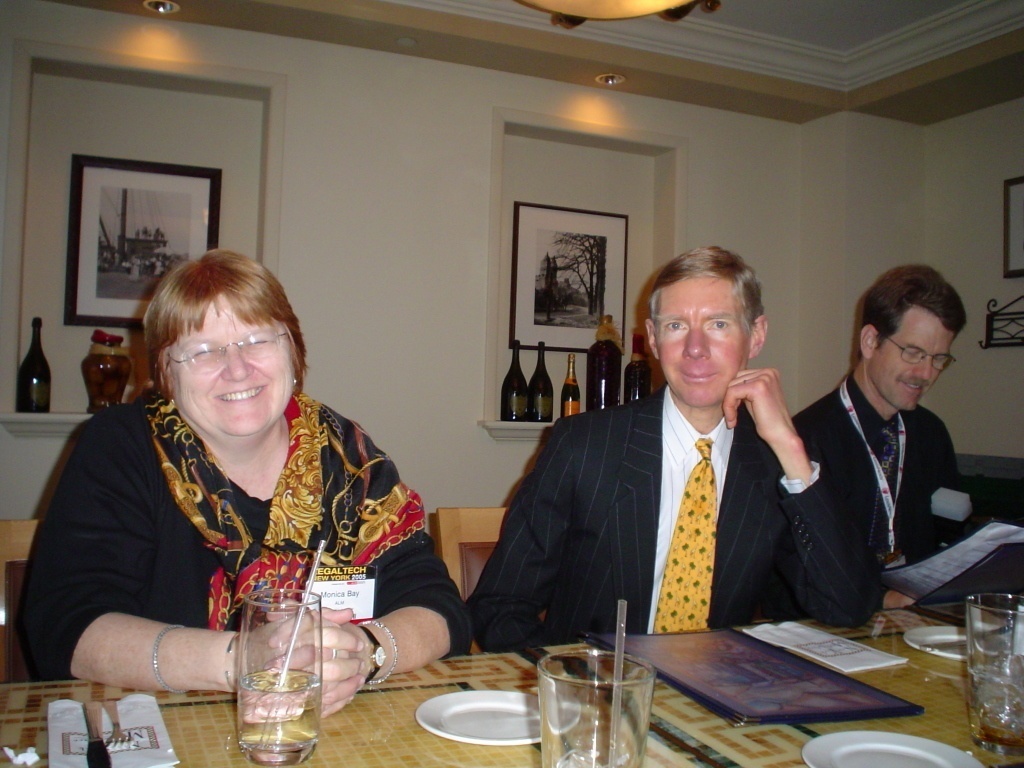 Monica started her career as a music journalist covering rock and roll in the 1970s. She went to law school at the University of San Francisco and then practiced as a civil litigator in California for two years.

Thirty years ago this week, on Feb. 1, 1985, she joined ALM’s San Francisco office, where she served as a senior editor at The Recorder newspaper and with Counsel Connect, a predecessor to Law.com. She moved to New York in 1998 to edit LTN.

An unintended consequence of her move to New York was her introduction to the New York Yankees. She became and remains a rabid fan. Her passion for baseball even came to inform her work at LTN. As she wrote in a recent column blasting a Texas ethics opinion barring firms from giving non-lawyers management titles:

I was mesmerized by the reality that it “takes a team” to win a game or the World Series, and it’s not always the big guns who hit the walk-off home runs.

We have built Law Technology News on that premise, and I vowed as editor that we would serve the entire legal tech community, not just the top dogs. That’s why LTN has created our annual innovation awards; challenged Big Law to list C-level folks on their websites; fought for gender pay equality and pushed to get girls interested in science, technology, engineering and math.

Above all her accomplishments, what most stands out to me about Monica is that she is a good and loyal friend. She has been one to me for more years than I can tally and in more ways than I can remember. And I know she has been that same kind of friend to so many other people.

By no means is Monica disappearing. She already has plans in place for part of what she will do next. But at LegalTech next week, she will be the big story. The entire conference will feel like her going-away party. And like so many transitions, it will be bittersweet. We are sorry to see her go, thankful for all she’s done, and excited about her next phase.