In a post last week, I briefly mentioned DocketHero, a soon-to-be-launched website that will connect lawyers in need of services with those willing to provide them. Slated to launch later this month or early in February, DocketHero will provide a B2B marketplace to connect lawyers to law students, process servers, private investigators, expert witnesses, court reporters, notaries, messengers and more.

I finally had a chance to catch up with Long Duong, the Florida probate lawyer who is behind DocketHero. He told me how the idea grew out of an experience he had, when he needed to obtain documents from an Ohio probate court. Unable to find anyone close to the court who could help him, he thought of turning to one of the generic freelance sites, such as elance.com, but feared he’d be unable to find someone there with the background to  understand what he needed done. Utlimately, he ended up calling several law firms and finding a paralegal, who charged him her full billable rate.

DocketHero will be designed to handle just those sorts of situations, when a lawyer needs specific skills, either for a brief one-off task or for a larger project. In Duong’s mind, the people who can provide those services are the “heroes.”

The site will allow those in need of a service to post a request and also allow those offering services to post their availability. Search filters and tags will allow users to narrow listings to specific geographic or specialty areas.

As with LegalKin, another legal-freelancer site I recently reviewed, DocketHero will escrow the fee for the service and pay it out once the service is completed. DocketHero will deduct a transaction fee from the payment. The amount has not been finalized, but it will not exceed 10 percent, Duong said.

One difference between the sites is that LegalKin will accept listings only from lawyers, law students and paralegals, while DocketHero will take them from a variety of service providers.

Below are several screenshots to give you an idea of what DocketHero will look like. The site is being designed using responsive HTML that will allow it to play well with mobile devices. 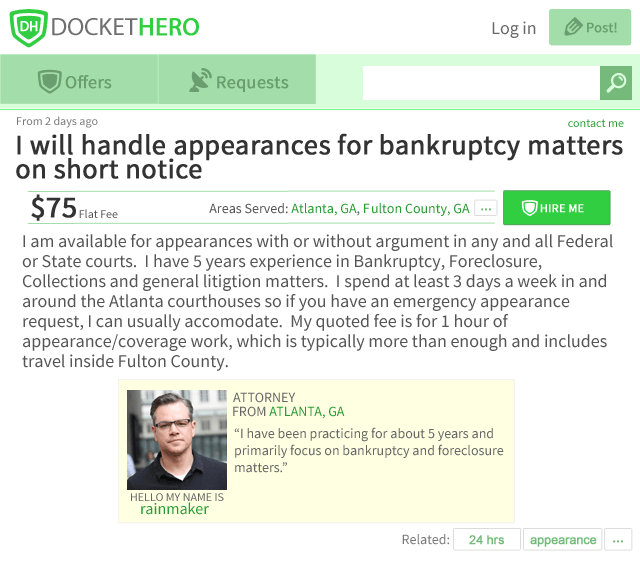 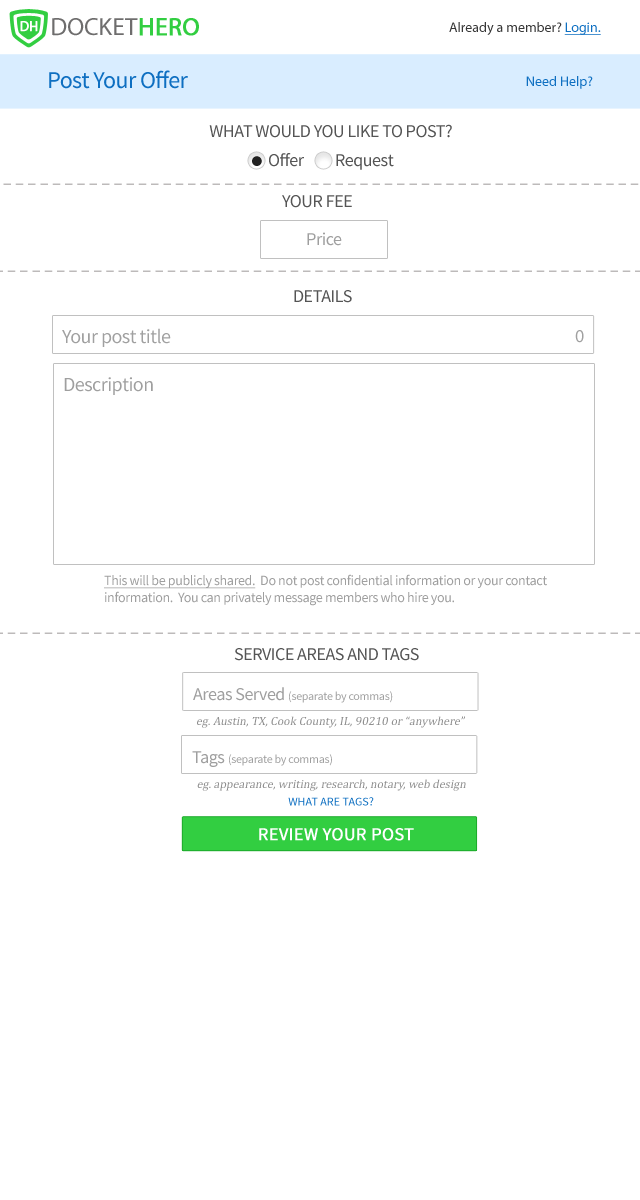 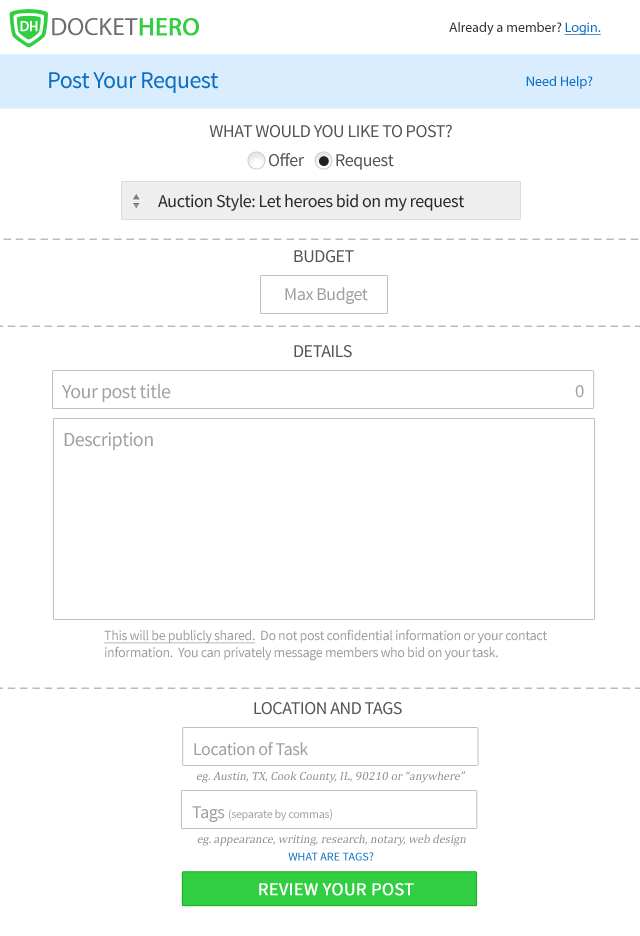 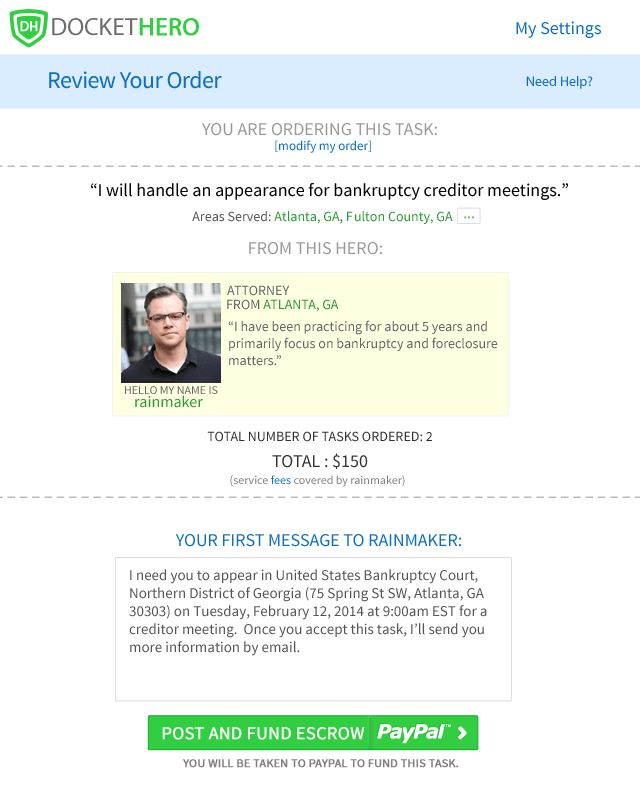 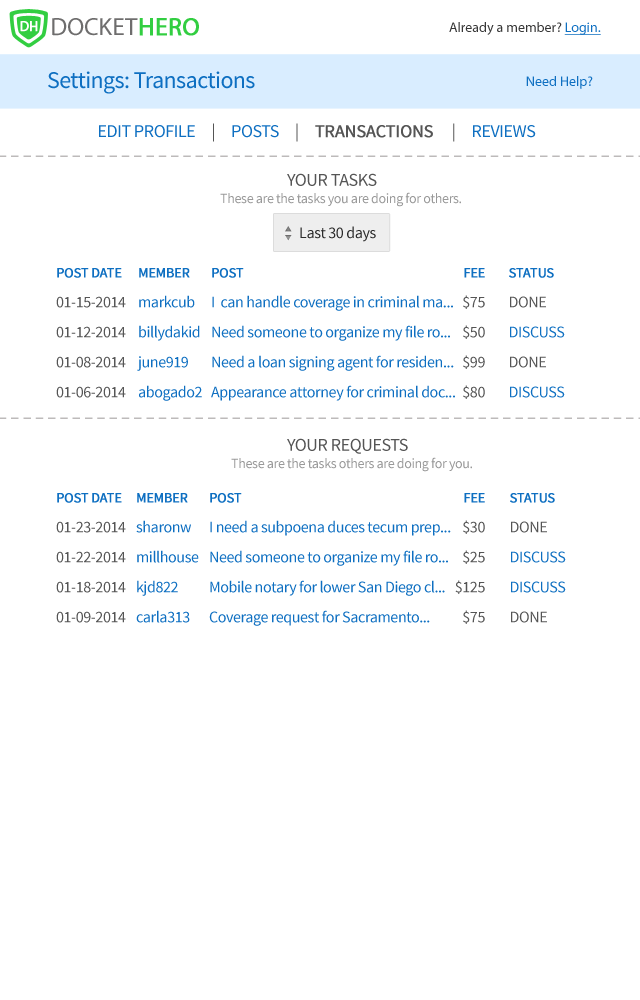 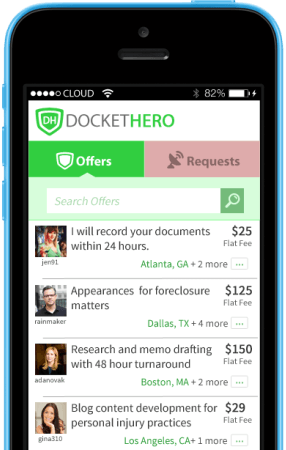