OK, we all knew that. But it’s always nice to see some numbers that give us a sense of where we are. The recently published 2012 ABA Legal Technology Survey Report on web and communication technology does that.

The survey is based on invitations to participate sent to 12,500 ABA-member lawyers in private practice. Of those, 823 completed the questionnaires, from which the results were tabulated. (One has to wonder whether limiting the survey to ABA members skews the results.)

Overall, the survey showed increases in lawyers’ blogging, use of the social networks LinkedIn and Facebook, and use of the microblogging site Twitter. Here are some of the findings: 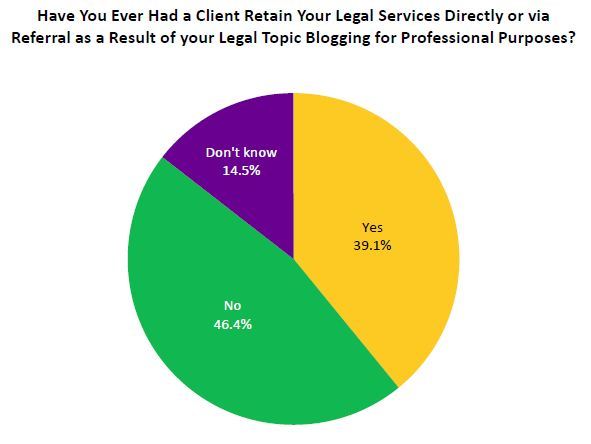 The survey also asked lawyers whether they personally maintain a professional, legal-topic blog (as opposed to their firm having one). To this question, 9% of lawyers answered yes, up from 5% in both the 2011 and 2010 surveys. This time, the breakdown by firm size of lawyers who said yes was:

Another 7% of lawyers said that they maintain a blog, but for personal, non-professional purposes. 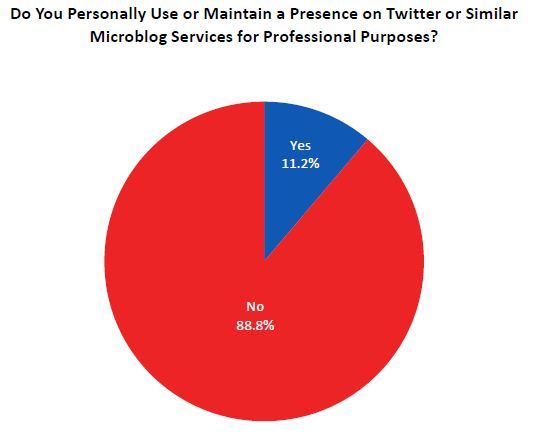 Lawyers were asked whether their firms maintain a presence on Twitter. Thirteen percent said yet, up from 7 percent the year before and 5 percent in 2010. Fully half the lawyers who answered yes to this question were in firms of 100 or more attorneys. By comparison, 10 percent of solos said their firms use Twitter.

The survey asked lawyers which social networks their firms maintain a presence on. The chart below shows that 88 percent of lawyers said their firms are on LinkedIn and 55 percent are on Facebook. Meanwhile, firms reduced their presence on legal-vertical networks such as MH Connected and Legal OnRamp, the survey indicates. Use of Plaxo by firms dropped from 11 percent in 2011 to 4 percent in 2012. 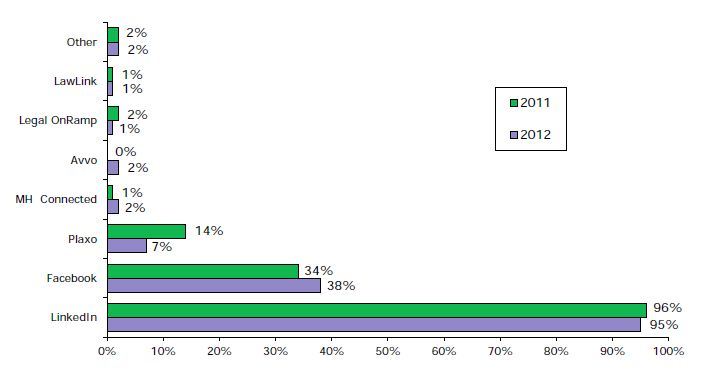 Personal use of social networks for professional purposes.

Asked about their own use of social networks for professional purposes, 95 percent of lawyers said that they are on LinkedIn and 38 percent said they use Facebook. Use of the legal-vertical networks showed little change but indicates that only a fraction of lawyers use these.

When asked why they maintain a presence in these social networks, the most common reason was career development and networking, an answer given by 72 percent of lawyers. The next most-common reason was case investigation (44 percent), then client development (42 percent) and education and current awareness (15 percent).

The 2012 ABA Legal Technology Survey Report consists of six volumes, covering a range of topics from technology basics to mobile lawyering. The social media results are contained in Volume IV, which covers web and communication technology. Volume IV is available for purchase from the ABA for $350 (or $300 for ABA members). An abbreviated trend report on web and communication technology can be purchased for $55 (or $45 for ABA members).