This is one of my favourite marketing stories. I’ve told the story over virtual beers (pandemic), at conferences, and as a humorous anecdote to every business I talked to that is trying to drive leads online organically.

And now I’ll share it with you. This is the story of how I accidentally came to dominate the search results for an incredibly competitive legal keyword in New York City, of all places.

It all started with my wife and a pandemic.

It was sometime around April 2020. The shutdown had closed our city. Schools were silent. Businesses were mostly shuttered. Hospitals … were definitely not closed. It was then that a brilliant, brave Filipina doctor volunteered to go to the front lines of the pandemic and help patients with this new, terrifying disease.

That Saturday, I went to work. I built a document automation app online to help people fight their tickets for free using a recent court decision that had come down in Manhattan. This decision was limited to the facts of that case, but it was extremely persuasive about the law in general and its applicability to how the tickets were issued within the entire city of New York. There were two other court decisions from just outside of the city that were persuasive as well.

Oddly, with the same cut-and-paste argument, I only won two of those tickets. I lost the other two. Over the past year, I’ve lost a couple, won a couple, and got two more yesterday. I’ve also had hundreds of people reach out and thank me for creating a free resource to fight back against corrupt Gotham City.

My law firm website now ranks on the first page, sometimes in the top spot, for all sorts of queries about red light camera tickets and speeding camera tickets in New York City, where there are more lawyers than laypeople. (Probably)

Here’s the real punchline: I don’t practice traffic ticket law. So this application has done almost nothing for my business, other than a few people giving shoutouts and leaving positive reviews for my law firm online.

Now, when most people think about document automation, they think of it as a way to increase the productivity of their day-to-day activities as a lawyer. They use it as a tool to do a better job for their existing clients. But, it doesn’t have to be limited to that.

One very valuable use of the technology is to do exactly as I did — except maybe make your free tool actually related to your business. Then, your business will be an upsell for all of the people who come in for the freebies. For example, if you are an estate planning attorney, perhaps you build a simple “power of attorney” generator that takes your local courts’ free form and automates it for users. You probably would not have made much money off of that form anyway and now you have contact information and your brand in mind for every person who uses that tool.

This is called a lead magnet. If you’ve ever handed over your contact information to download an e-book, you’ve been on the other end of a lead magnet. Generally, for these to work well, they should be providing value. In this case, it’s a valuable tool to the public that will allow you to add them to an email campaign.

Here’s another use: the subscription law firm. Regular readers of the blog have seen me talk about subscription law firms, but for all of you who haven’t read my voluminous babbling on that brilliant topic, here goes. Most successful law firms that run a subscription model, akin to a Netflix of corporate/commercial law, are able to do so because – in addition to providing very limited amounts of straightforward services to their clients and being an open ear for an hour or two of consultations per month – they also provide a bank of resources.

Rally’s client portal and document automation features that integrate with your website are a great tool for this use case, allowing you to provide your own legal document generation app to your subscription clients right out of the box. Sure, they may not wish to pay you by the hour anymore for simple nondisclosure agreements, but when larger issues arise, they know exactly who their business lawyer is

Here’s one more crazy use of the technology that made the headlines in every tech blog country: blowing out an arbitration clause. Here’s the short version of the story: Amazon, like many businesses, had a mandatory arbitration clause. An enterprising law firm seeking to file a class-action lawsuit took up Amazon on their arbitration clause offer and generated thousands of responses to that clause, requesting arbitration.

Under the terms of the clause, Amazon is responsible for all the costs of arbitration and suddenly it seemed like a much better idea for Amazon to allow a class-action lawsuit to proceed — pay 75,000 arbitrations (costing millions in fees – win or lose), or settle a class-action lawsuit? That law firm went from a large number of arbitration clients to an unfathomably large number of class action clients and probably many more millions of dollars in income as a result.

And if you think they hand-drafted all 75,000 arbitration requests –- think again. It was document automation.

We published a report on the 9 best document automation tools for lawyers in 2022. Read it here. 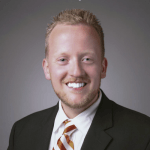 William Peacock writes about law and technology for the Rally blog. He’s an attorney licensed to practice in California since 2011. He has since added admissions in Missouri, New York, New Jersey, Iowa, Kansas, and North Dakota. He has written for Thomson Reuters, Clio, and California Lawyer, and his writings have been cited by the American Bar Association, Above the Law, and other leading legal publications.