In a notable expansion upward in the judicial hierarchy, the legal analytics platform Lex Machina, which is owned by LexisNexis, has launched Appellate Analytics — legal analytics for federal courts of appeals — giving users an end-to-end overview of what happens during litigation, from trial all the way through appeal, and enabling legal professionals to better evaluate the timing and outcomes of appeals in specific types of matters and specific federal circuits.

As far as I can determine, this is the only product offering comprehensive analytics for federal courts of appeal, although Westlaw Edge’s litigation analytics may include limited appellate data. 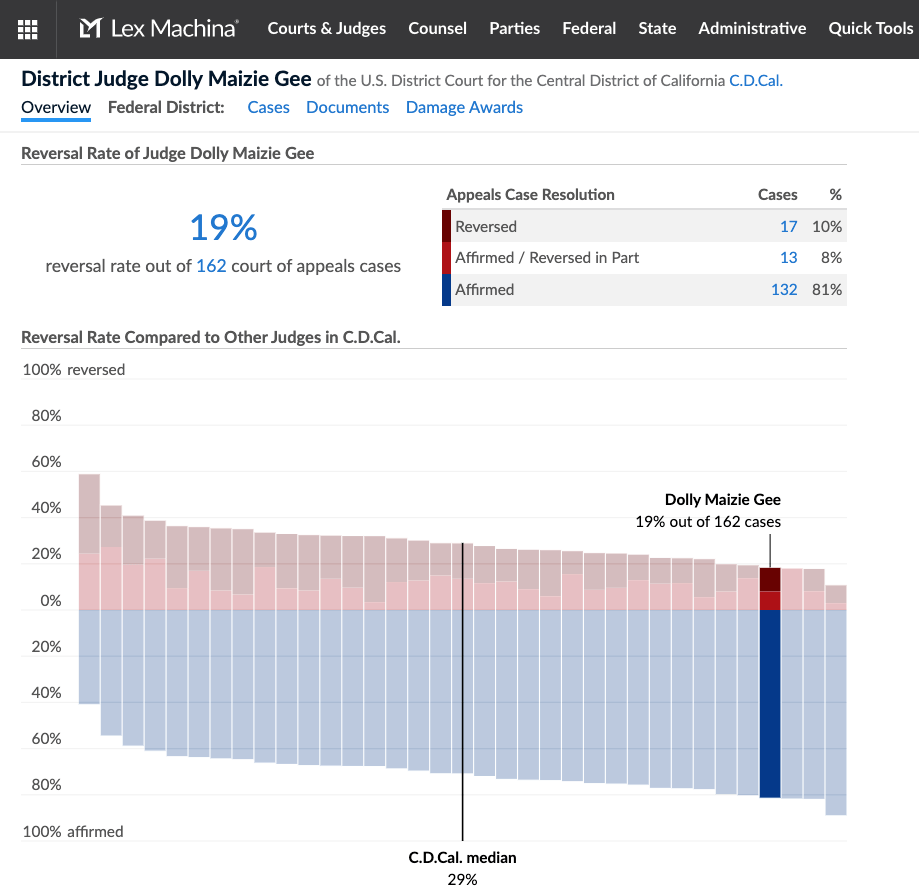 Appellate Analytics lets you see a judge’s reversal rate. Here, U.S. District Judge Dolly M. Gee of the C.D. in California has a reversal rate of 19%, which puts her at the low end compared to other judges in the district and to the median.

While the look and feel of this new offering will be familiar to anyone who has used Lex Machina, Appellate Analytics adds new analytics specific to courts of appeals. They include: 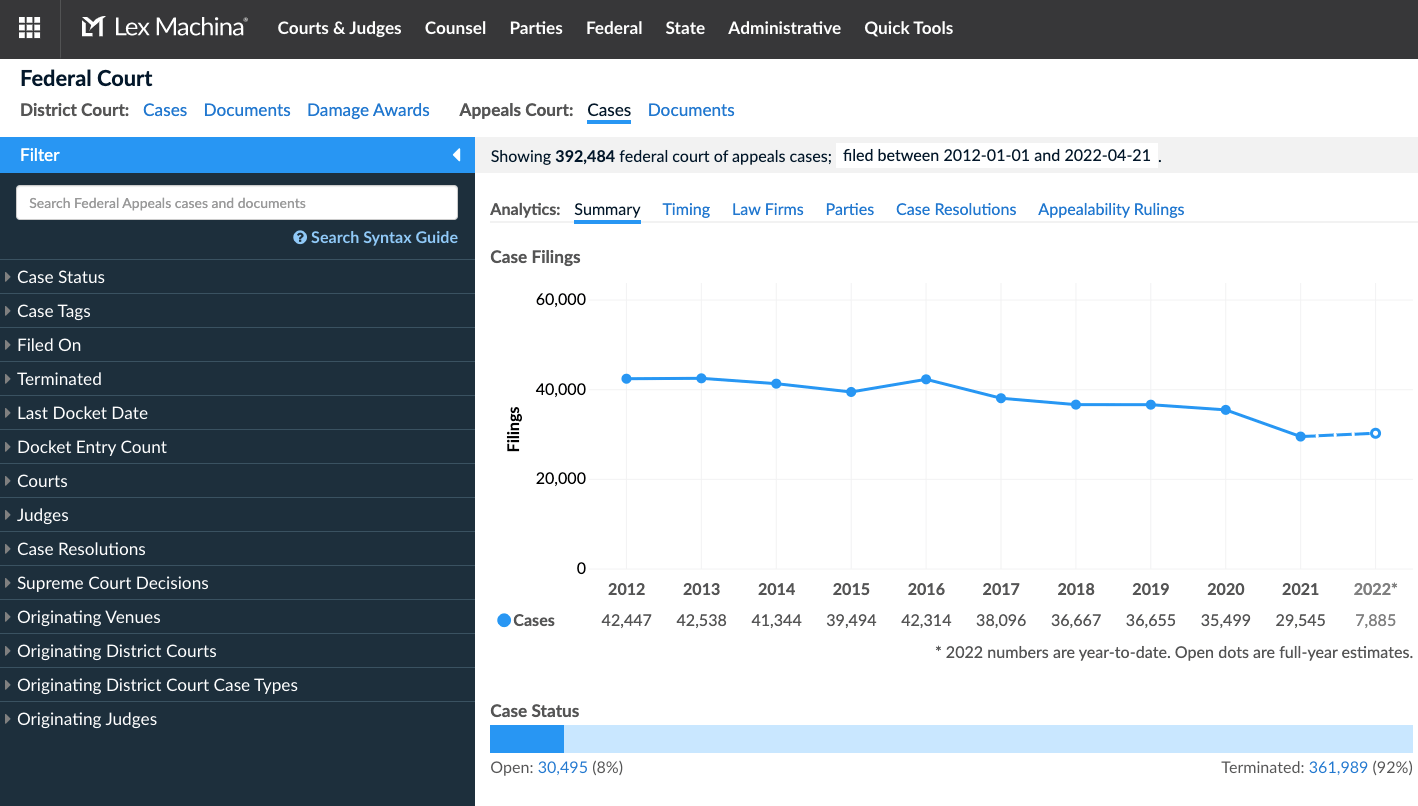 On the left in this screen you see the search filters that can be applied to tailor a search.

In addition to providing analytics on the appellate courts themselves, Appellate Analytics enhances Lex Machina’s analytics for district court judges. Now, for example, users can see judges’ reversal rates and track all actions in a case through final appeal.

Users can easily move from researching analytics for a district court case to the circuit court matter.

This image shows information on the case and venue from which the appeal originated.

Appellate Analytics includes all civil cases from all federal circuit courts and all corresponding documents and docket entries. It also includes all the data on the trial-level case that was the subject of the appeal.

This image shows a federal district court case with Lex Machina’s practice area specific outcome coding vetted through appeal. It shows that the environmental findings made on a judgment on the pleadings were reversed and the case proceeded to a dispositive ruling at summary judgment.

The available analytics include data on specific circuit judges. Since federal dockets do not list the judges on a panel who decided an appeal, Lex Machina extracted the names from the opinions.

This image shows a search within Lex Machina’s collection of over 500,000 briefs and over 50,000 opinions.

Access to Appellate Analytics will be available to customers who have Lex Machina’s Enterprise package.