Founded in 1997, Utah-based WealthCounsel provides software and templates for drafting estate planning and business documents. It also provides training and guidance to help lawyers build practices in estate planning, including an Estate Planning Bootcamp for lawyers who are transitioning into that practice area.

In addition, WealthCounsel sponsors a nationwide network of lawyer-members where they can share expertise and resources. WealthCounsel hosts both an online community and in-person networking.

ElderCounsel provides similar tools, resources and networking for attorneys practicing elder law. It was formed in 2007 as a joint venture between WealthCounsel and four individual lawyers who practiced elder law and special needs law. 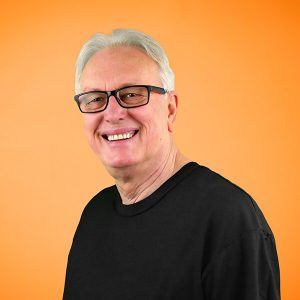 The two companies will now be organized within LEAP as LEAP Wealth Management Solutions. Both companies will continue to operate as stand-alone businesses and brands and will retain their pre-acquisition management structures and all their employees.

The acquisition closed on Dec. 31, but had not been publicly announced, according to Richard Hugo-Hamman, executive chairman of LEAP.

Overseeing the LEAP Wealth division as CEO and chairman is Chris Stock, who was formerly CEO of PCLaw | Time Matters (which LEAP operates in a joint venture with LexisNexis) and, earlier, of LEAP Legal Software USA.

LEAP is the largest law practice management company in Australia, where it was founded in 1992, and has a significant customer base in the U.K. Globally, it has 61,000 users and annual committed monthly revenue of over $172 million, which it says makes it the largest independent legal software company in the world.

For several years now, LEAP has been expanding its footprint in the United States, initially growing gradually on a state-by-state basis, but, since the pandemic – and the resulting increased demand for cloud-based software – going national. It currently has users in 38 U.S. states.

It serves only smaller law firms of up to 50 people, although it now has several firms that started small and have grown larger. Its largest client started with 18 people and now has 230.

The reason for LEAP’s state-by-state approach, Hugo-Hamman told me, is that its product strategy is to go deep within a jurisdiction rather than shallow and wide across many. For each state in which it operates, LEAP develops jurisdiction-specific document templates and workflows.

“Whether you’re a family lawyer in Massachusetts or California or England, when you get LEAP, you will get a family law matter that has been carefully constructed for you,” Hugo-Hamman said.

“I have been prepared to compromise speed of growth for depth of product,” Hugo-Hamman said. He can afford to do that, he said, because the company is not owned by private equity and has no ambition to build towards an IPO.

“We are building an enduring software company,” he said.

Against that backdrop, Hugo-Hamman said he considers LEAP’s acquisition of WealthCounsel and ElderCounsel to be the perfect pairing.

Having owned WealthCounsel for 25 years, the owners wanted to sell to a company that would be committed to an equally long-term future, which meant they did not want to sell to a private equity firm, Hugo-Hamman said.

“We are the opposite of private equity,” he said. “When I speak to these companies, they have a sense of relief that I’m not going to come in and cut people and squeeze them dry.”

In addition, LEAP’s customers in the U.S. already included a significant number of estate planning lawyers. The acquisition enables LEAP to provide those customers with content that is “rich and complex and specific,” he said.

“They have deep content for estate planning for all 50 states, curated for over a quarter century,” he said.

Hugo-Hamman said that both WealthCounsel and ElderCounsel will remain standalone products and brands and that LEAP will continue to support and promote them as the dominant products in their practice areas.

Their management will remain in place, including Henna Shah, CEO of WealthCounsel, and Valerie Peterson, CEO of ElderCounsel.

LEAP will also develop integrations with WealthCounsel so that firms that are using LEAP and that specialize in estate planning will be able to access its features directly within LEAP.