I wrote last March about Clearbrief, a first-of-its-kind product designed to strengthen your legal writing, and that was backed by some big-name early investors, including Mark Britton, the founder and former CEO of Avvo; Bryan Garner, legal writing expert and editor of Black’s Law Dictionary; and Bill Neukom, longtime Microsoft general counsel.

Now, Clearbrief has brought in an additional round of seed investors, with more notable names among them, bringing its total capital raised to date to $3.5 million.

This latest round was led by Reign Ventures, the Black-women led VC firm, with Court Lorenzini, DocuSign’s founding CEO, as a major investor.

As I previously wrote about Clearbrief, it does something unlike any other legal technology product I have seen.

Its algorithm analyzes briefs and other legal documents to identify how well the writer’s sentence is supported by the cited source. It works with citations both to the record of the case, such as evidence and discovery materials, and to caselaw.

It works as an add-in within Microsoft Word, identifying each citation within your brief, aligning it with the cited document or case, and using color codes to flag the degree to which the cited material supports the statement that cites it. 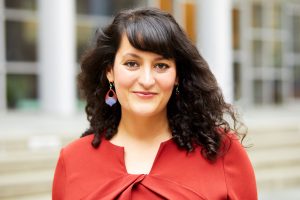 Jacqueline Schafer, a former litigator who is Clearbrief’s founder and CEO, said this investment will be used to “supercharge” the company’s growth among law firms and court systems by expanding both engineering and sales and marketing.

Lawyers can use the product both to review the strength of the lawyer’s own brief and to evaluate a brief received from an opponent.

“It’s a magical experience for lawyers to be able to instantly identify where their opponent is stretching the truth as compared to what the police report, transcript, or statute actually says,” Schafer said.

Clearbrief also creates hyperlinks to the source document for each citation, including both record and case citations, and publishes the final brief online, where the judge and other parties can view the brief (via a secure link) directly alongside the cited documents and cases.

Clearbrief recently posted several examples of this, in which Supreme Court opinions have had hyperlinks added to show the source documents alongside the opinion. You can see these examples here.