Sad news this morning as we learn of the death over the weekend of Gayle McCormick O’Connor, a stalwart of the legal technology industry, an effervescent life force, the soul mate to her longtime partner Tom O’Connor, and a dear friend to so many people in the legal world and beyond.

A marketing strategist for legal technology companies for much of her career, Gayle was as comfortable standing in a vendor’s booth at a major legal trade show as she was piloting a Harley-Davidson motorcycle through the streets of New Orleans, where she’d lived for the past several years.

Born in Rome, N.Y., before relocating to Washington state, she started her career as a law librarian at several firms, including Brobeck Phleger & Harrison, before getting into legal marketing. Over the years, she worked for a number of major legal tech companies, including CourtLink, Ixio Corp., CaseLogistix, and EDT Software, in addition to having her own consulting firm. 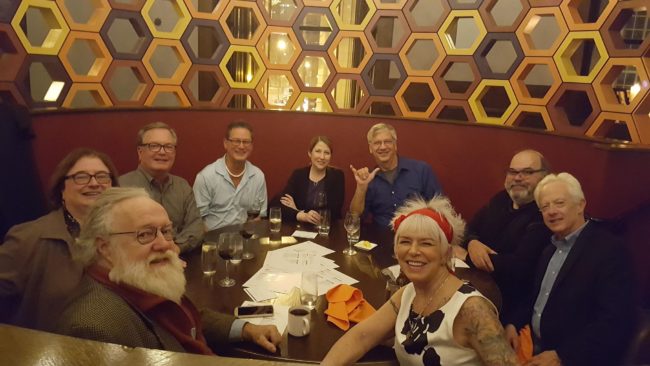 Gayle and Tom — also a stalwart of the legal tech industry and director of the Gulf Coast Legal Technology Center — have been regular presences at major legal technology conferences and events for as long as I’ve been attending them. Both have contributed more than their fair shares of education and mentorship over the years.

If you had ever met Gayle, even once, you would remember her. In the often-staid environment of legal tech, she stood out for her inimitable sense of fashion and style. From one day to the next, her attire could change from business suit to biker gear, from professional to pirate.

But what truly made Gayle so special was not her outward appearance, but her inner soul. She was a warm and thoughtful and funny and vivacious person who lived life on her own terms. She lit up every room she entered and was the life of every party she attended. The legal tech world has lost one of its brightest lights.