Last month, I reported on research into the impact of COVID-19 on law firms and clients, compiled by the practice management company Clio, based on anonymous data from its customers and from surveys of lawyers and consumers.

While that research found that the pandemic had caused a sharp drop in new legal matters coming to law firms, new data out today from Clio shows signs that the legal market is recovering, with a spike of new matters through the first week of June from -26% to -14% compared to baseline.

While still negative compared to baseline, Jack Newton, Clio cofounder and CEO, told me that he sees that as a very promising sign of recovery and says it was the largest spike in new matters since the pandemic began.

Even so, firms are still feeling the effect of that earlier drop in new matters, which led to a corresponding drop in billing volumes. The average law firm billed 14% less in April and 27% less in May compared to the prior year, Clio found. 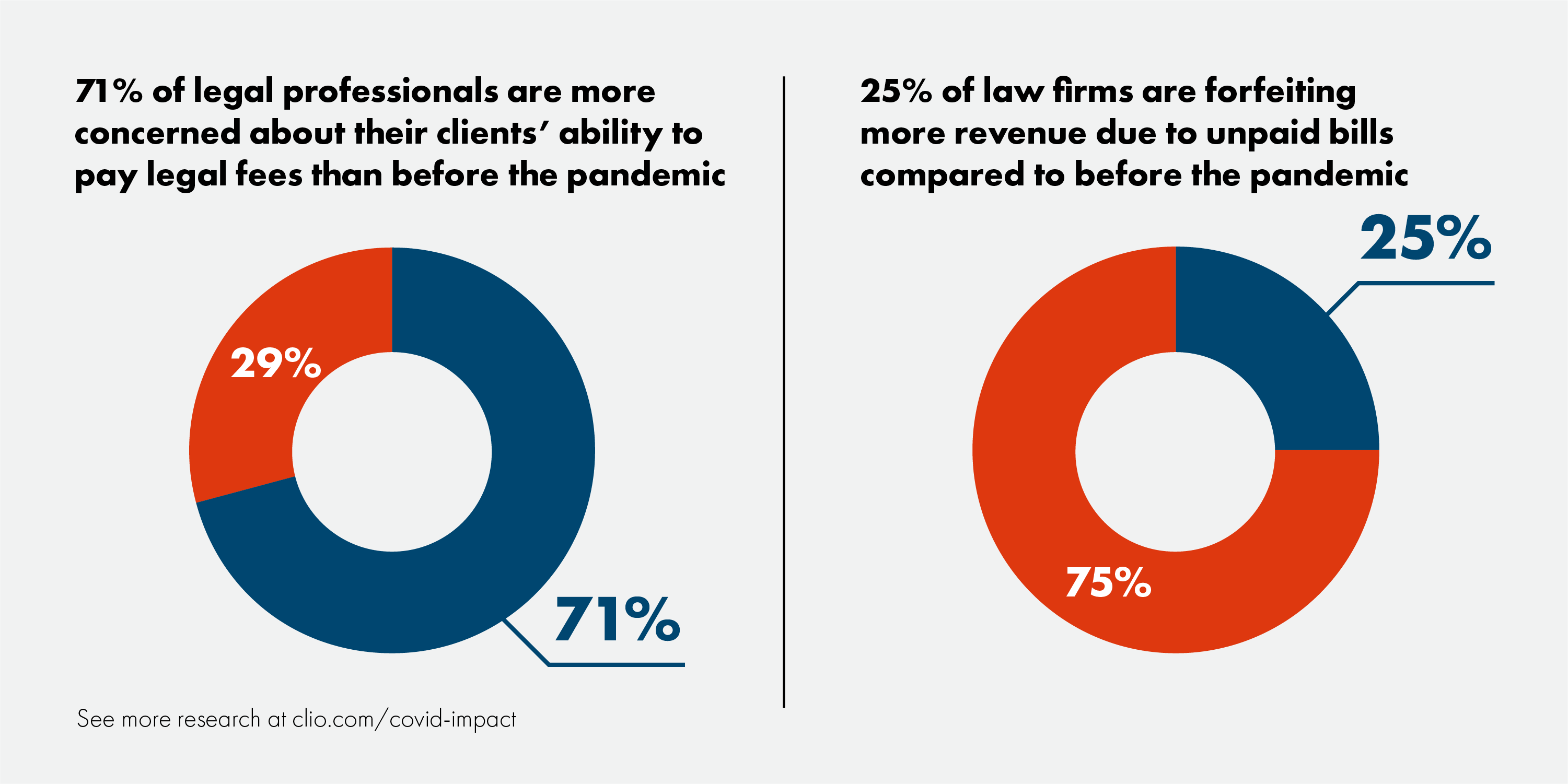 And even though the increase in new matters should eventually result in an an increase in billing volumes, high unemployment rates have resulted in 71% of lawyers expressing concern about their clients’ ability to pay their legal fees, the survey found. A quarter of firms report having to forfeit more revenue compared to before the pandemic due to clients’ inability to pay.

Clio’s survey of consumers during May found that a quarter anticipate having to deal with a legal issue in the near future, with the majority of those describing their anticipated issue as coronavirus-related. Even so, and consistent with the prior survey, most consumers say they would put off addressing their legal issues until circumstances around the pandemic return to normal.

Today’s release is the second of Clio’s planned series of briefings over the coming months assessing the impact of COVID-19 on the legal industry and consumers. The findings are based on aggregated and anonymized customer data from Clio’s practice management platform as well as on surveys of legal professionals and consumers conducted during May. 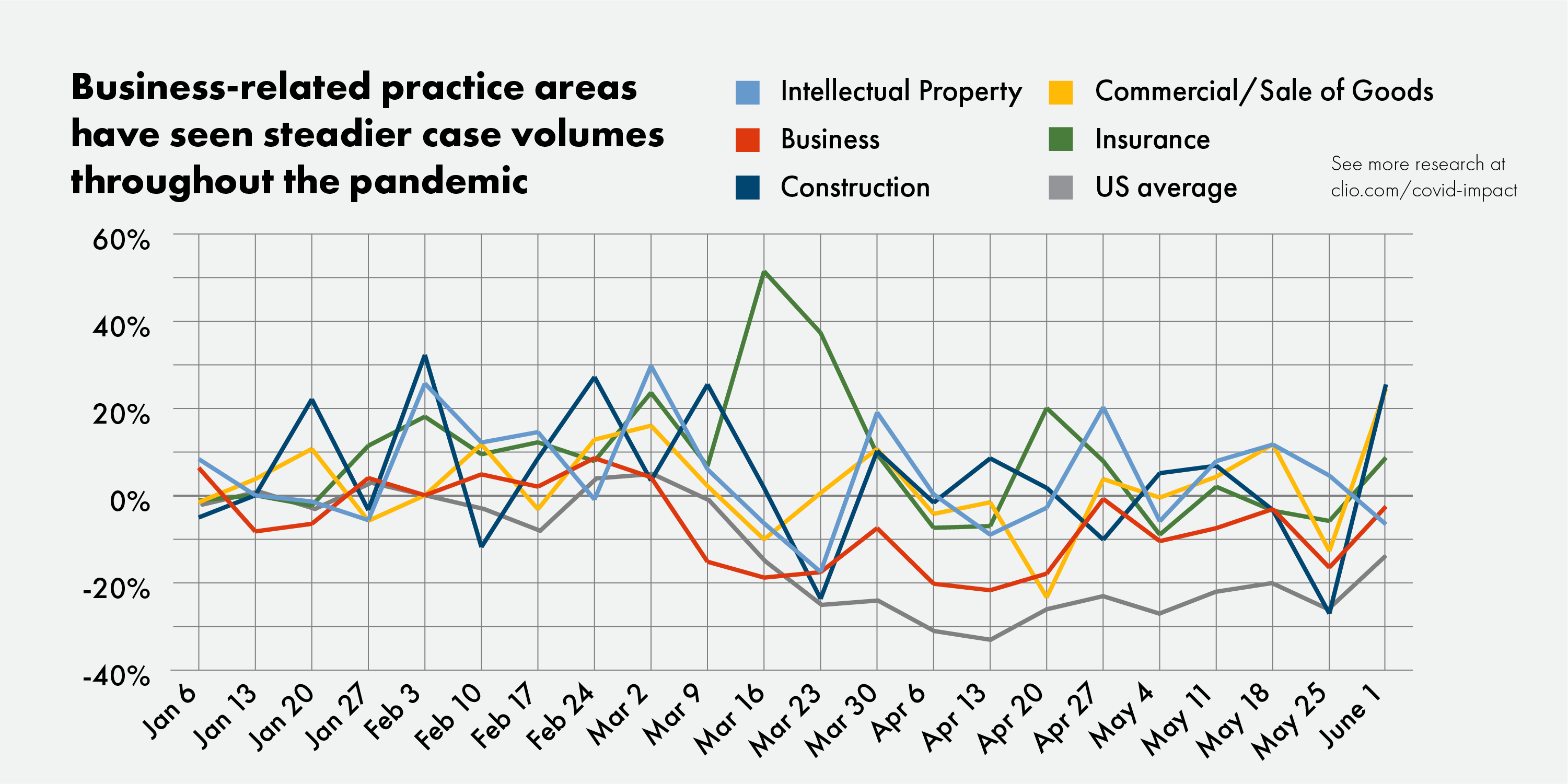 Among other findings included in today’s research report:

Similar to findings in the first report, as many as a third of clients continue to believe that lawyers have stopped offering their services as a result of the pandemic, even though the survey found that only 2% of firms actually had.

The survey suggests that firms are likely to need to adjust their fees going forward. As of late May, Clio found that 15% of consumers had lost their primary source of income due to circumstances related to the pandemic, and 25% had experienced a significant decline in income. 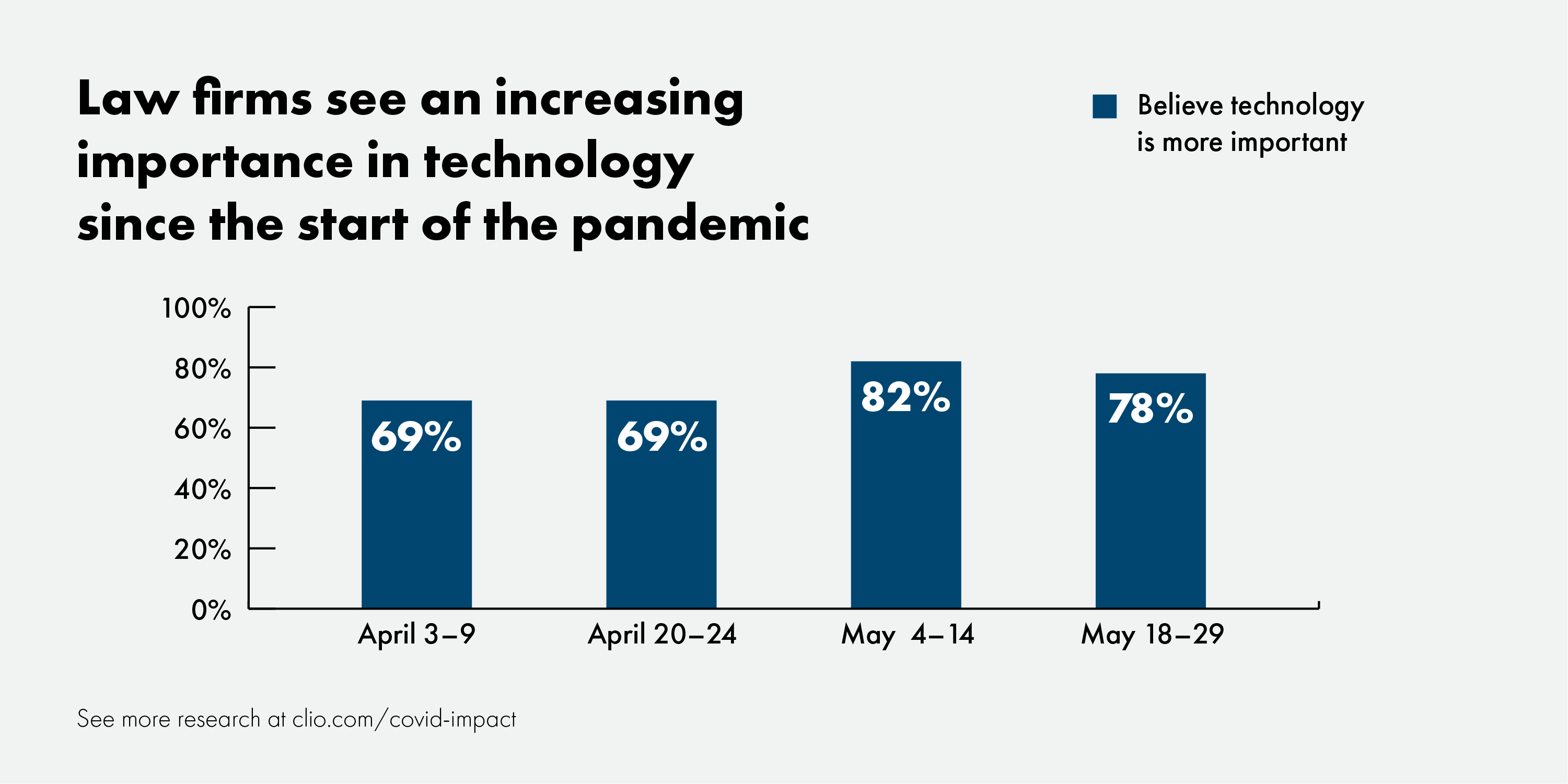 On the bright side, a large number of firms see technology as more important to them than they did before the pandemic. This is especially true for electronic document sharing, e-signature software, and videoconferencing software.