And the Oscar for best performance in a legal technology commercial goes to … Calista Flockhart.

Famous for her starring role as a lawyer in the legal comedy-drama TV series Ally McBeal, Flockhart has a new law-related role — as the comedic celebrity spokesperson for the legal practice management software company Smokeball.

In the tongue-in-cheek video being released today and shown this week at ABA TECHSHOW, Flockhart pokes fun at actor endorsements by starring as an uncooperative celebrity in a supposed behind-the-scenes look at the filming of a Smokeball commercial.

Much to the frustration of the exasperated director, the ad-libbing Flockhart won’t stick to the script, instead claiming credit for inventing and naming Smokeball, saying she runs the company, and dismissing the director’s corrections as “mansplaining.” After all, she says, because she played a lawyer on TV, she “naturally” understands the product and “how lawyers can get so bogged down by all that admin.”

But her ad-libbing ultimately scores, when she suggests, still over the director’s objections, that she use the phrase, “legal productivity software.” She then flawlessly nails her lines, and the commercial fades out as a voiceover says, “Smokeball: Software so perfect for your practice, you’ll think you invented it,” and the tagline on the screen, “legal practice management software,” dissolves into “legal productivity software.”

“There’s something really funny about making fun of actors who endorse products when they don’t know anything about the product, but they do it anyway,” Flockhart said in a second video, also released today, about the making of the commercial (above).

Breaking through the Noise

For Smokeball President Jane Oxley, the making of the commercial was a gargantuan and whirlwind effort, put together in barely more than a month. She and her creative team, led by Josh Taylor, lead content strategist at Smokeball, weighed various celebrities — with Flockhart always her first choice — and then traveled to Hollywood for the filming on Jan. 24. 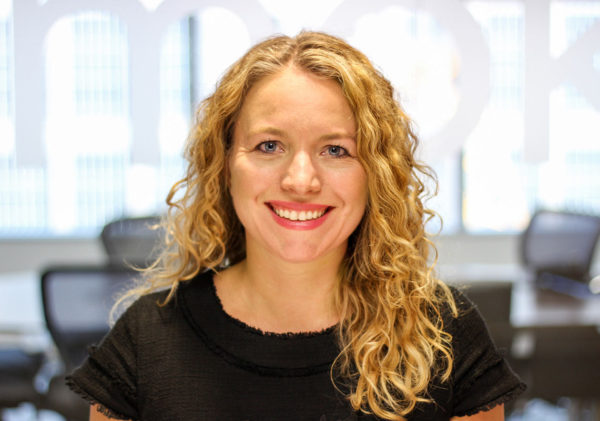 Why produce a celebrity video in the first place? In part, it was to break through the “noise of the industry, the usual stuff that’s happening marketing-wise,” Oxley told me during an interview last week.

But more importantly, she said, it was to get the message to small law firms that they can do a better job and service more clients by using a product such as Smokeball.

“We think that small law firms are the ones who are out there actually providing access to justice across the United States and helping small businesses,” Oxley said.

Smokeball will be showing the video and campaign at ABA TECHSHOW in Chicago this week, where you can find the company at booth #811. You can also watch it at www.smokeball.com/calista.