I reported here Wednesday that two-year-old legal technology startup Doxly, a secure portal for managing corporate transactions, had named Christopher Clapp, an executive who has led three companies through exits, as executive chairman. This morning, I had the opportunity to speak by phone with Clapp and Haley Altman, Doxly’s cofounder and CEO.

Both say that their immediate focus is on continuing to refine the core product, a platform that allows attorneys to manage the legal transaction process — from the initial diligence stage through to closing and signatures — and to better collaborate with each other and their clients. 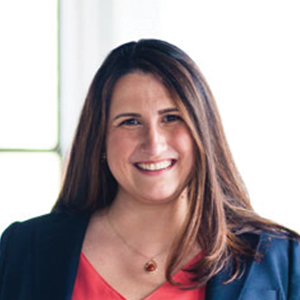 But the broader vision, they say, is to continue to build the platform, through development and third-party integrations, to facilitate other parts of the deal transaction. “It’s really about workflow and collaboration,” Clapp said. “Those are the two distinctive elements we can do best.”

Since the start, Altman said, the company’s guiding principle has been to improve attorneys’ workflows by focusing on where the problems are and what needs to be done to address them. The near-term roadmap is to continue to focus on improving that workflow.

“We view the product as a platform where we can build in all the key, critical components of the workflow to really provide that seamless experience,” Altman said. “And we want to expand that to bring in more of the collaborative aspects.” 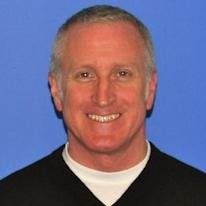 While Bluelock was a general-purpose company, Clapp is no stranger to the legal industry. in recent years, Bluelock had come to have a number of law firms as clients and had marketed to law firms at industry events such as the annual conference of the International Legal Technology Association (ILTA).

In addition, as an executive who led several companies through acquisitions, he had seen the transaction process from the client’s perspective. “I admit to scratching my head and saying, ‘I can’t believe we’re doing it this way.'” When he saw Doxly, one of his first thoughts was, “We could have used this.”

Clapp praised Altman for having built a strong foundation of product and people. His role, he said, will be to help build on that, guided by two touchstones: team building and customer focus.

“We want to continue to grow as quickly as we can, but without undercutting our foundation,” he said.

With Altman as CEO and Clapp as executive chairman, I asked how they will divide their responsibilities. Clapp said that his focus will be on guiding the team and the administrative side of the business while Altman will focus on vision, product and external interactions with the public and customers.

Given Clapp’s experience leading companies to exits, I asked if that is an indicator of where Doxly is headed. Both Clapp and Altman agreed that the focus now is on accelerating growth of the company’s customer base and the value of the company, and that no transaction is planned. Clapp noted that other exits he’s overseen have come only after years of building the company.

“If you build a company that you’ll want to own and run forever, then someone will come along who will want to own it,” Clapp said. “We’re just trying to build a beautiful business and the rest will take care of itself.”