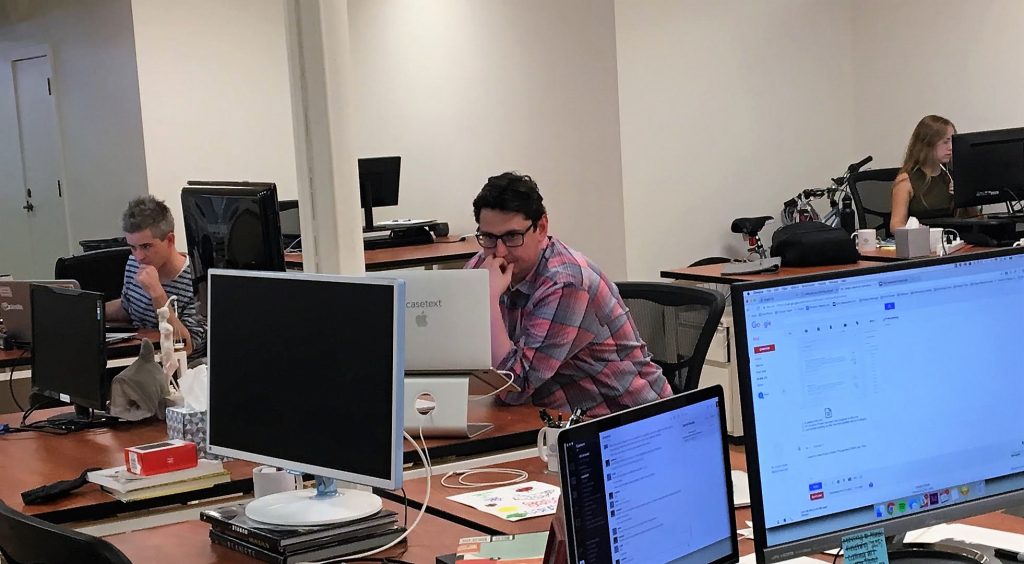 I happened to catch this picture of Arredondo at work during a visit last week to the Casetext offices.

Every year at its annual meeting, the American Association of Law Libraries presents an award for the new product of the year. This week, it announced that this year’s honoree will be Pablo Arredondo, vice president of legal research at Casetext, for his development of CARA.

As I explained in a post here last summer, CARA — short for Case Analysis Research Assistant — is a tool that automatically finds cases that are relevant to legal memoranda and briefs. Upload a brief, memorandum or any other document that contains legal text, and CARA analyzes it and generates a list of relevant cases that are not mentioned in the document.

Arredondo, who is also a fellow of CodeX, the Stanford Center for Legal Informatics, is a graduate of Stanford Law School and of the University of California at Berkeley. A former practitioner who has represented leading technology companies in patent litigation at both the district court and appellate levels, he is a member of the New York and California bars.

The award will be presented, along with others honoring the achievements of law librarians, at a luncheon during the AALL’s annual meeting in Austin in July.