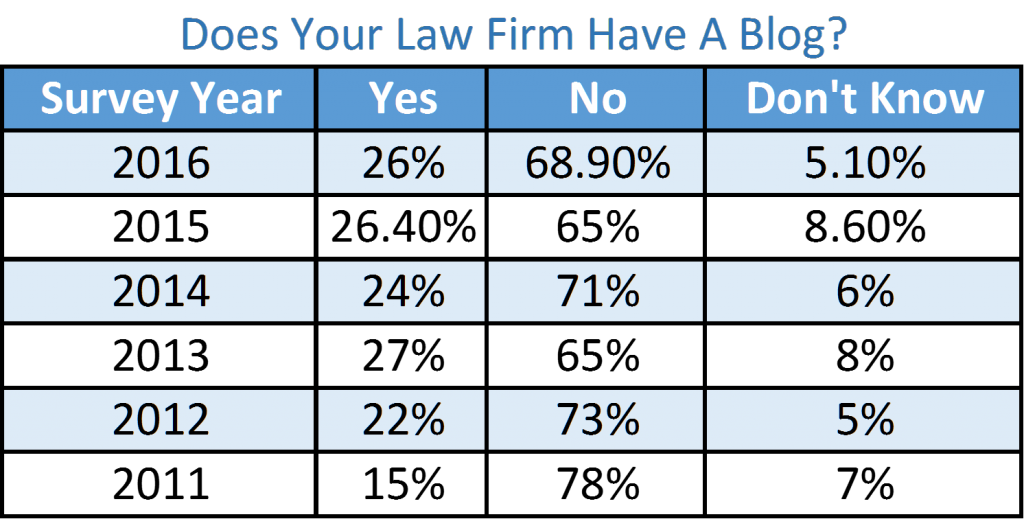 The number of law firms with blogs has plateaued, neither growing nor dropping for four years straight, according to the 2016 Legal Technology Survey Report recently published by the American Bar Association’s Legal Technology Resource Center.

By practice area, personal injury lawyers are most likely to have blogs, followed by lawyers who concentrate in litigation and then labor and employment law.

While the questions above asked about whether their firm has a blog, lawyers were also asked whether they personally maintain a legal-topic blog. Here again, the answers reflected virtually no change over prior years.

This year, 8 percent of lawyers said that they personally maintain a legal-topic blog. Last year, that number was 7 percent and in 2014 it was 8 percent.

The lawyers who have blogs of their own were asked if they had ever had a client retain their legal services directly or via referral as a result of their blog. Overall 42 percent said report yes, compared with 39 percent in 2015, 23 percent in 2014 and 39 percent in 2013. 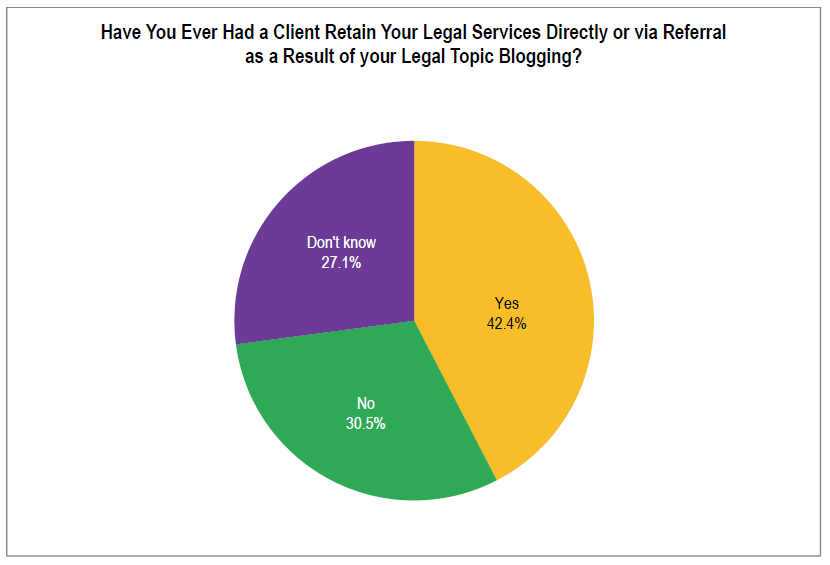 The survey also asked lawyers about their use of blogs for current awareness. Here again, the results suggest little change over the last four years.

Lawyers under age 40 are most likely to use blogs daily, while lawyers 60 and older are least likely.

The survey can be purchased from the ABA. The full survey costs $1,995 and separate volumes cost $350 each.