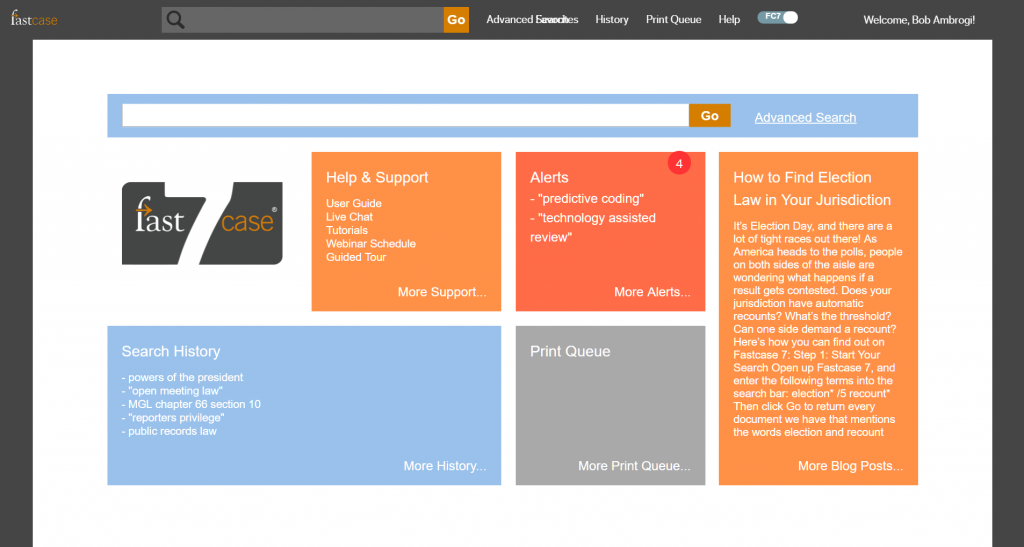 The new start page displays information in colored tiles, similar to the style of Windows 10.

If your first order of business today is researching Canadian immigration law, you may be able to do it on an all-new research platform.

The company first unveiled Fastcase 7 in a beta version more than a year ago, in July 2015. The beta version was available only to select users on an invitation basis.

See: Exclusive First Look: All New Version of Fastcase Out Today in Beta.

After testing and refining the platform over that time, Fastcase is now rolling out the final version to its bar association affinity partners. Fastcase is allowing the bars to decide when to activate the new version for their members. Several bars have already done this.

“We spent a year getting it right,” Fastcase CEO Ed Walters told me earlier this week. “Now we are rolling it out to state bar associations.”

A toggle switch allows users to turn Fastcase 7 on or off.

For those users for whom Fastcase 7 is activated, they will have the option of turning it on and off using a toggle switch. The first time they log on after activation, a pop-up will alert them to the toggle switch. If they turn on Fastcase 7, another series of pop-ups will guide them through a tour of the new interface.

Even with this rollout, the full changeover to the new platform will occur gradually. For at least the next six months, the older Fastcase 6 will remain the default platform on log-in. At that point, Fastcase will flip the default, so that Fastcase 7 becomes the default but Fastcase 6 remains available via the toggle switch.

At some point in the more-distant future, the toggle option will be removed, Walters said. 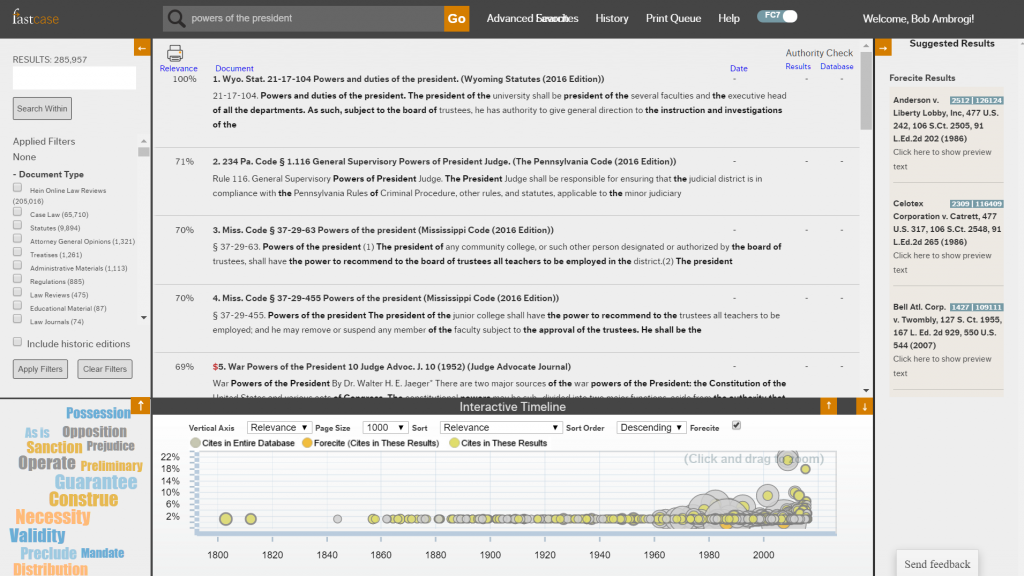 One reason the rollout of Fastcase 7 took so long after release of its beta is that the company re-engineered Fastcase 6 to run on Fastcase 7’s all-new search engine, Walters told me. That allows the company to continue to run both platforms in parallel from the same servers and using the same search engine.

This avoids the situation LexisNexis found itself in when it introduced Lexis Advance. It had to maintain two separate platforms — Advance and the “classic” Lexis.com — and also port data from one to the other.

I reviewed Fastcase 7 when it came out in beta and I refer you there for more details about the new version. Little has changed since then in terms of features and design, Walters said, except that now “everything works.”