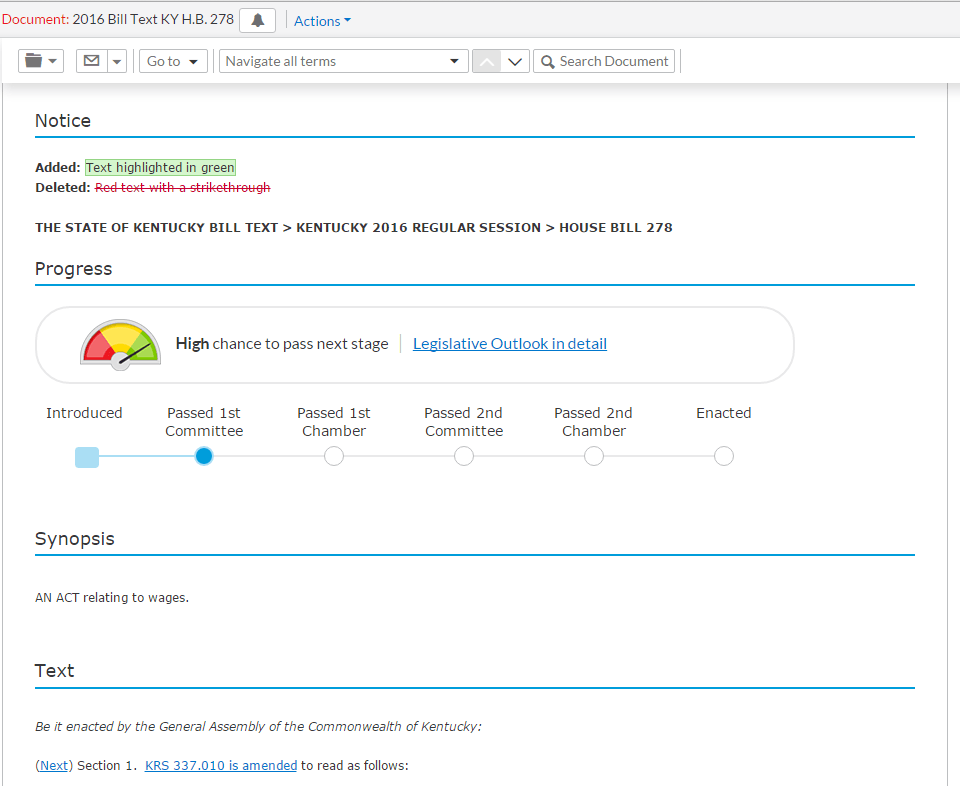 The progress bar shows the bill’s status while the gauge shows its probability of movement.

The new tool became available today as part of a package of updates to the LexisNexis legal research service Lexis Advance. It will be available to all Lexis Advance subscribers through November at no extra charge, after which it will be sold on a subscription basis.

Also part of today’s Lexis Advance update is access to the entire LexisNexis news archive dating back 60 years. Previously, the archive was fully available only via Lexis.com. The archive includes news sources such as The Washington Post, The New York Times, The Wall Street Journal and ALM publications.

I was given a preview demonstration of Legislative Outlook yesterday by Jeff Pfeifer, vice president of product management for the North American Research Solutions business at LexisNexis. 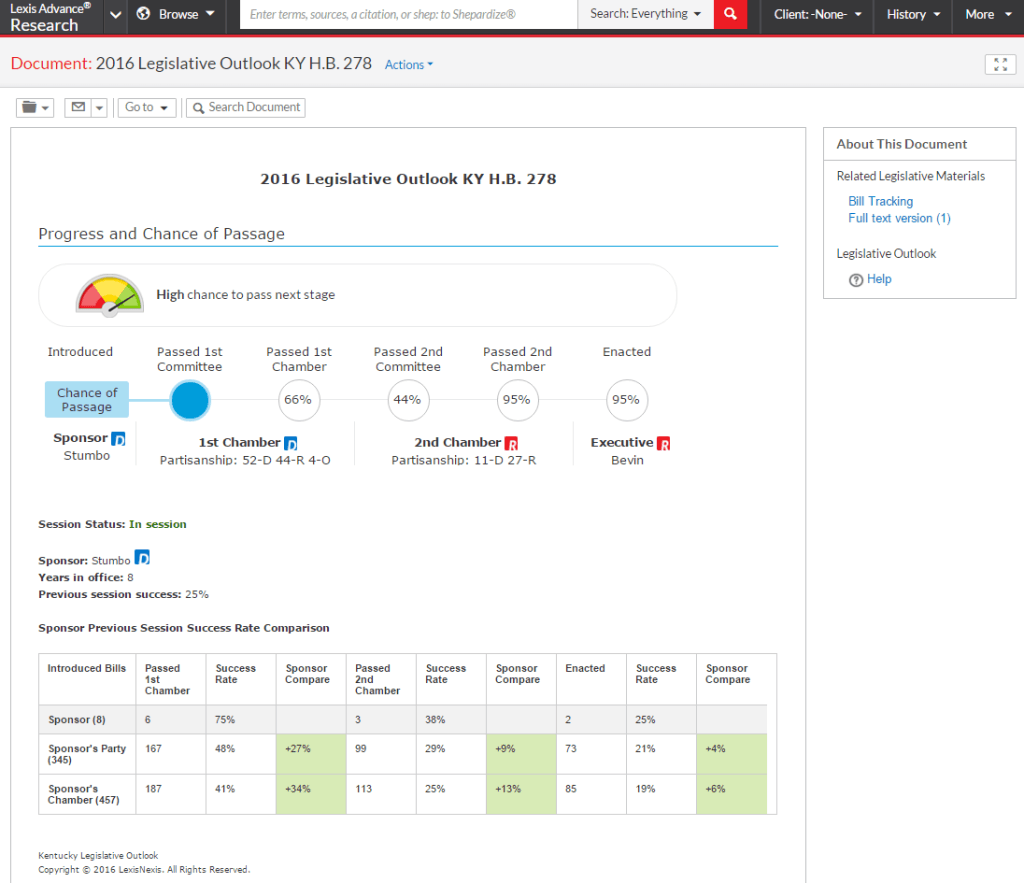 Legislative outlook in detail shows more information about how the bill’s prospects were determined.

This information about a bill is depicted visually in two main ways: 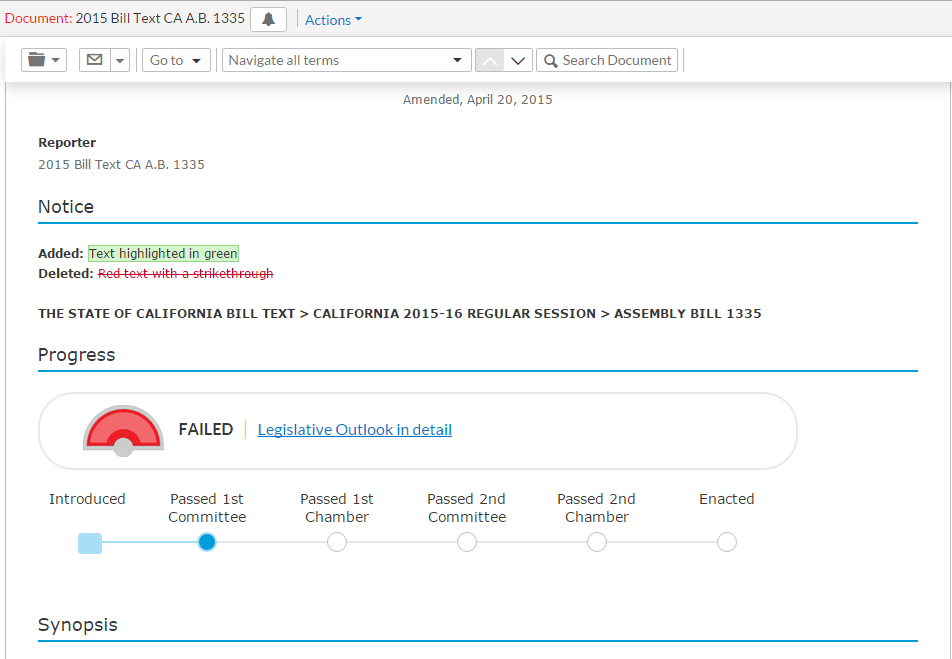 Details can be viewed about the bill’s history and revisions.

From the gauge, a user can click through to see a more detailed report of how the legislative outlook was measured. The algorithm measures about 20 data points, Pfeifer said, such as the influence of the bill’s sponsor, likely roadblocks in the committees the bill must pass through, and the political parties of committee members.