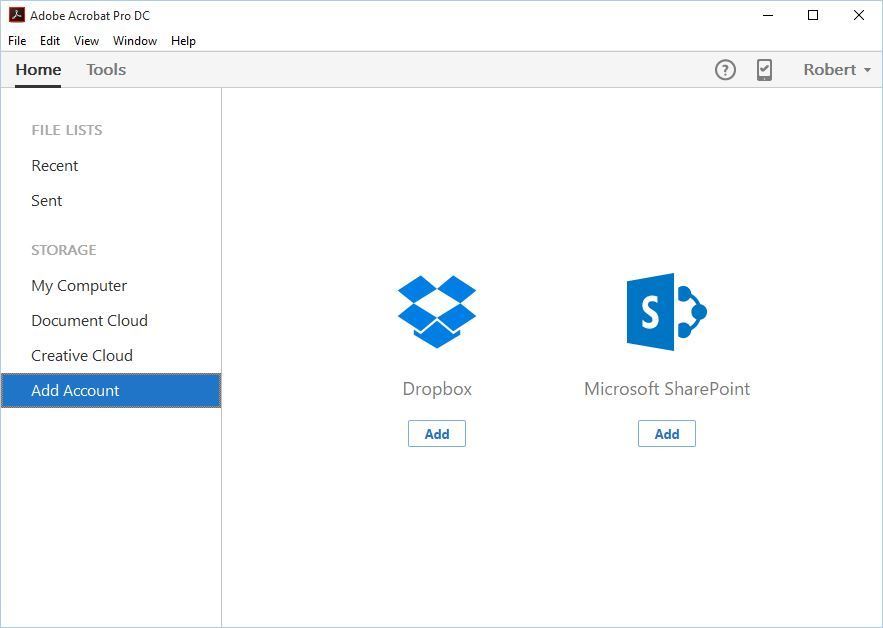 You can now authorize Adobe Acrobat to access your PDFs on Dropbox.

Open, edit and save Dropbox files within Acrobat.

Last May, in a post here, I reviewed the new Adobe Acrobat DC, the all-new version of the popular PDF software. (I also have a more extensive review in Law Practice magazine.) The “DC” in the name stands for Document Cloud and this latest version of Acrobat is designed to tightly integrate with the cloud, so users can access and manage PDF documents via the cloud using any device — computer, tablet or phone.

When the product first came out earlier this year, it integrated with only one third-party site, SharePoint,  but Adobe said it would be adding connectors to OneDrive, Box and Dropbox.

This week, the Dropbox integration went live. Now, you can authorize Acrobat to access your Dropbox account. Once you do, you can open Dropbox PDFs from directly within Acrobat and save PDFs directly into Dropbox. The integration also works with Acrobat Reader.

So far, this works only with the desktop versions of Acrobat on Macs and PCs. Before the end of the year, Acrobat Reader’s iOS versions will be upgraded to allow the integration on iPhones and iPads. The integration on Android devices will be available sometime next year.