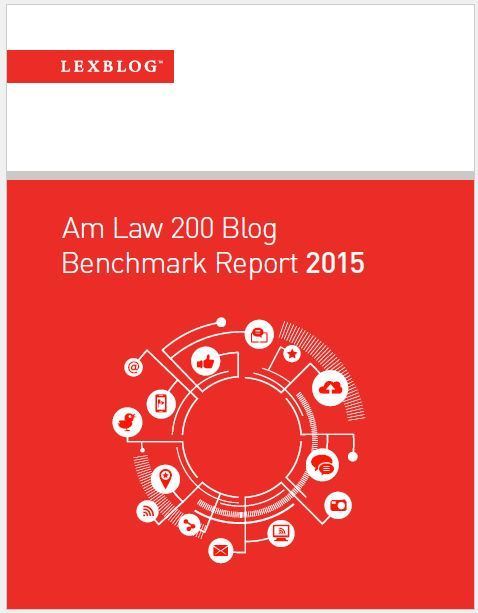 These are among the findings of the 2015 Am Law 200 Blog Benchmark Report, a report on large law firm blogs prepared periodically by the blog company LexBlog.

At the same time, the number of firms with blogs has not grown significantly since the report was last compiled early in 2013. The increase is either four firms or seven firms, an increase of either 3 percent or 4.5 percent.

(The discrepancy comes from the fact that this year’s report says that four additional firms are blogging since 2013. But the 2013 report said that 156 firms had blogs, which would mean the increase is seven.)

While the number of firms has not increased dramatically since 2013, the number of blogs has. The current total of 962 blogs is a 46 percent increase over the 2013 total of 660. Part of the reason for that is that firms are publishing multiple blogs: 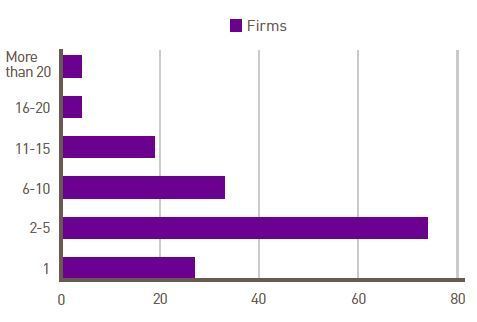 Number of blogs per firm.

The firms with the most blogs are:

The report also ranks the most popular topics of large-firm blogs. Employment and labor leads the way with 132 blogs, followed by corporate and commercial (104), financial (100) and intellectual property (73).

A final section of the report lists the top 30 Am Law 200 blogs by traffic and also top trafficked blogs by blog topic. The report does not give actual traffic numbers, which would have been enlightening, but lists the top 10 as:

Lest we forget, LexBlog concludes the report by reminding us that it is in the business of building blogs for law firms. It created and maintained more than half the blogs covered in this report and was behind 65 percent of the top 30, it says.

You can download the full report for free (after filling out a registration form) at the LexBlog website.