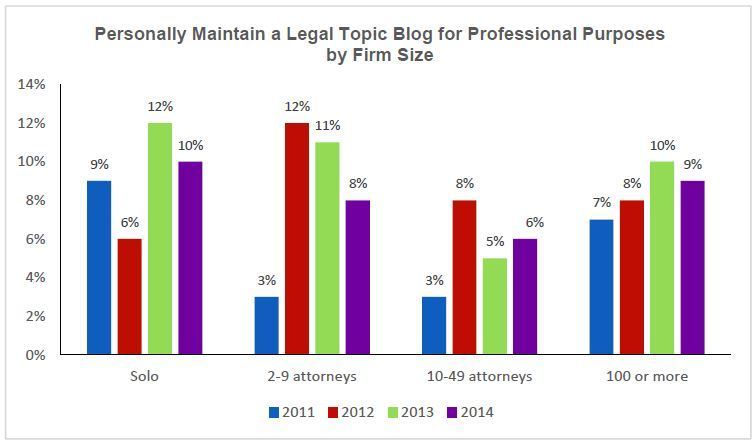 (My other posts about this survey, from this year and prior years, are collected under the tag ABA Tech Survey.)

Lawyers who personally maintain blogs were asked whether they had ever had a client retain them directly or via referral as a result of their legal blogging. Yes was the answer given by 39.4% of respondents, roughly the same as last year’s 39.1%. Some 30% said they did not know.