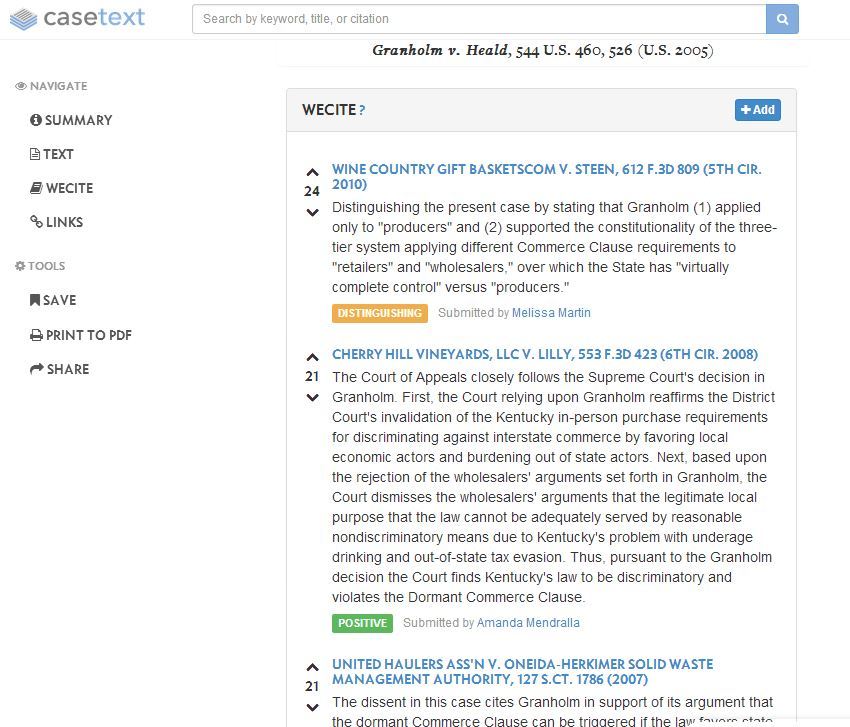 Today, Casetext is officially announcing its version of a citator (think Shepard’s or KeyCite) to help users understand a case’s subsequent history. It is called WeCite and it has been developed in conjunction with the Stanford Center of Legal Informatics, which will make the data gathered through the effort publicly available.< !––nextpage––>

Now, when you view a case in Casetext, WeCite appears as an option in the left ribbon. Click it and you will then see a list of all judicial opinions that cite that case and brief descriptions of each opinion. Casetext automatically creates the list of opinions that cite to the case, but users can add their own citation references and analysis. And just as users can vote up or down on annotations in Casetext, they can vote up or down on WeCite entries, causing the entries to move up or down the list.

While WeCite is not comparable to Shepard’s or KeyCite in its thoroughness, capabilities or analysis, it is a useful addition to this free legal research site. 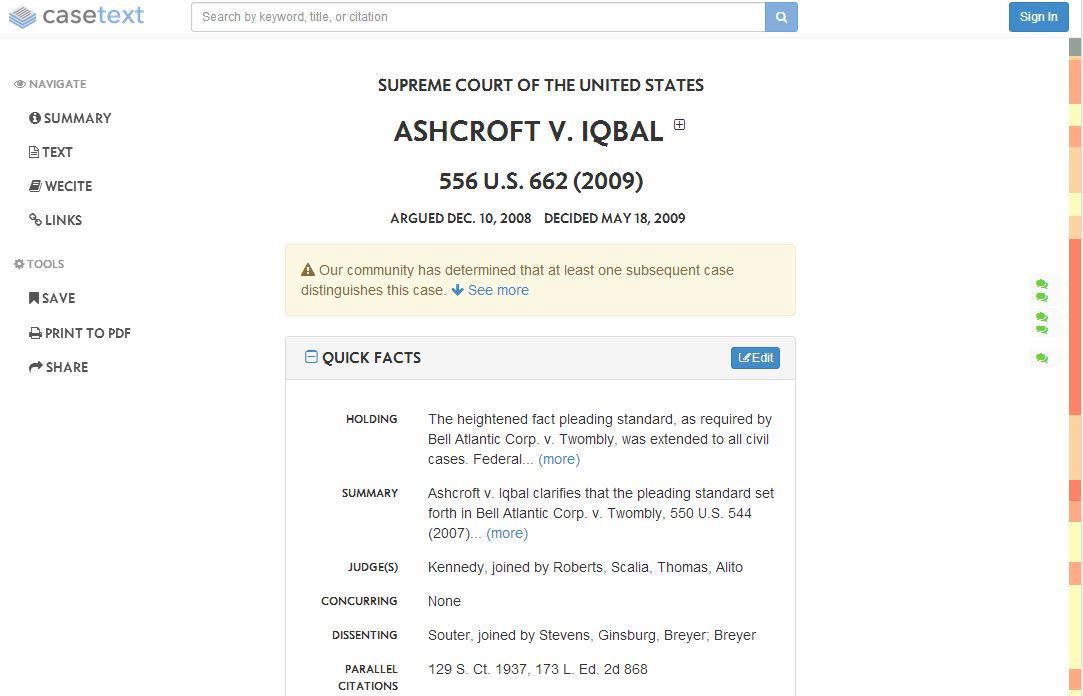 The heatmap runs down the right side of the case.

Another new feature in Casetext is the “heatmap” that runs alongside each case as you view it on your screen. The heatmap shows how frequently each page in a case has been cited — the darker the color red on the map, the more it has been cited.

Jake Heller, Casetext CEO, says there are more developments in the works for his company, which was launched just last summer. So stay tuned here for updates.