Lawyers’ use of web-based software and services has grown only slightly in recent years, a new survey indicates. Growth in use of the cloud is greatest among solos and small firms and lawyers in these firms are more likely than their larger-firm counterparts to use cloud-based applications.

These are among the findings of the recently published 2012 ABA Legal Technology Survey Report. Volume II of the report covers law office technology and includes use of web-based software and services among the topics it covers.

(I previously posted about the survey’s findings on social media and on e-discovery.) 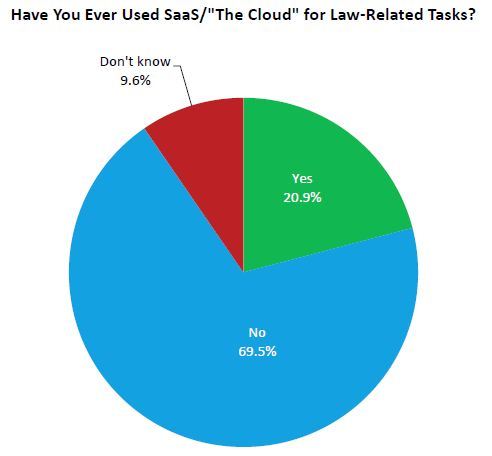 Of lawyers who have used the cloud, the application they are most likely to have used is Google Docs, with 46.2% saying they had used it. The next most commonly used applications were two cloud-based practice management platforms, Clio, with 12% saying they’d used it, and RocketMatter, with 5.1% having used it. Dropbox was used by 3.8%. (The survey listed applications for respondents to choose from so it may not accurately reflect the scope of cloud applications used by lawyers.) 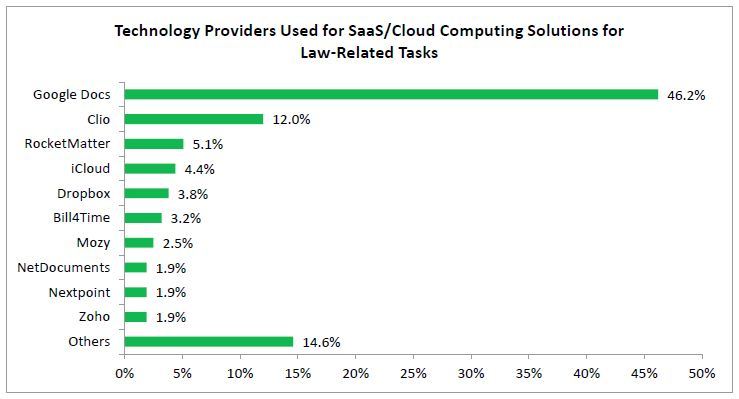 When lawyers who use the cloud were asked why, nearly three-quarters identified the top reason as easy browser access from anywhere. Other reasons for using the cloud included 24 x 7 availability, low cost of entry and set monthly fees, elimination of IT headaches, robust data back-up and recovery, and ease of start-up. 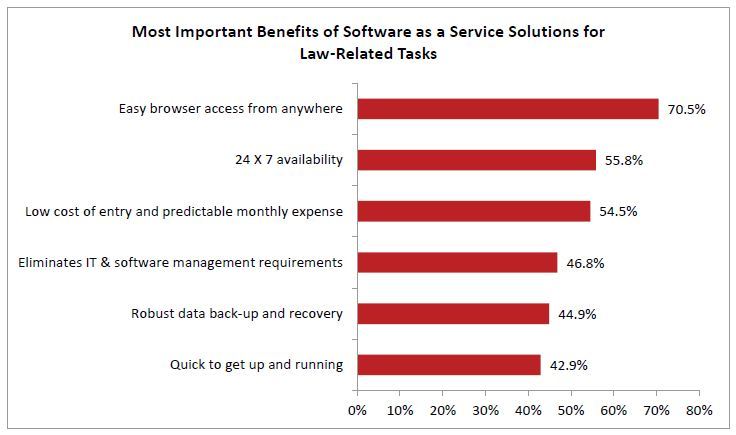 Asked about their biggest concerns about using the cloud, 66.9% named confidentiality and security. Other top concerns were insufficient control over their data and the possibility of losing access to data.

With regard to cloud-based practice-management platforms, lawyers who had used the cloud were asked about the features and functionality they would most want. Calendering was ranked first (49.3%), followed by centralized matter management (48%), document management (43.9%), time and billing (43.2%), contact management (41.2%) and conflict checking (37.8%).

The 2012 ABA Legal Technology Survey Report consists of six volumes, covering a range of topics from technology basics to mobile lawyering. The cloud computing results are contained in Volume II, which covers law office technology. Volume II is available for purchase from the ABA for $350 (or $300 for ABA members). An abbreviated trend report on law office technology can be purchased for $55 (or $45 for ABA members).