Reynen Court, the so-called app store of law, is reducing its headcount, cutting expenses, and telling vendors on its platform they might experience service delays. But Andrew D. Klein, the company’s founder and CEO, denied that the company is going out of business or discontinuing support for its platform, and he said he is seeking new investment capital to help the company manage through the economic downturn.

The news comes two months after Reynen Court launched an online stock offering to bring on individual lawyers and “legal technology enthusiasts” as investors in the company, on top of some $20 million in venture financing the company had already raised, including a $4.3 million round earlier this year.

“We were pleased with the reception to our stock offering,” Klein told me by email. “However, we recently made the decision to pull the transaction after realizing that market conditions were making it unlikely that we could meet the forecast on which the offering was based. It simply became untenable to close on the committed capital in the current economic environment.”

Although sources asserting knowledge of the situation had told me that the company would be closing down its platform, Klein said that is false. Rather, he is reducing headcount and operating expenses to get through the economic downturn.

“As a result of the delay in raising capital, we are reducing headcount and other operating expenses to manage through the economic downturn,” he said.

Today, Klein emailed vendors whose products are featured on the platform. He wrote to them:

“I am sorry to report that Reynen Court is reducing our headcount and other operating expenses in order to manage through the economic downturn.

“Consequently, until further notice, we are suspending access to our vendor portal. You may also experience delays in certain vendor services and support.

“We greatly value your partnership and thank you in advance for your patience.”

The vendor portal referenced in his email is a recently launched feature that provides vendors with certain tools and a self-testing environment to assist in making their products deployable on the Reynen Court platform, Klein said.

Klein did not say how many people have been laid off. Via posts on social media, I have seen two Reynen Court employees announce their layoffs: Sarah Glassmeyer, who was legal tech curator at Reynen Court, and Sam Moore, who was director of vendor relations.

In 2017, seeing how difficult it was for larger law firms to adopt modern technology, Klein, a lawyer, entrepreneur and investor, launched Reynen Court with the mission of making it easier for law firms and legal departments to test, adopt and manage modern cloud-based applications without fear of compromising sensitive firm data. 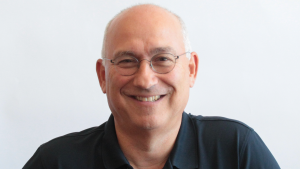 With financial backing from international law firms Clifford Chance and Latham & Watkins, and backing from a consortium of 20 global law firms, it released its beta version in August 2019 and formally launched its commercial offering in January 2020, picking up another major law firm, Orrick, as an investor, and bringing its total raise at that point to more than $13 million.

Ultimately, the company raised roughly $20 million in venture financing, including the $4.3 million round earlier this year.

Reynen Court’s “secret sauce” was to offer a platform where law firms could deploy containerized versions of cloud applications on their own infrastructure or to their own virtual private clouds on a self-managed basis. It also offered its own virtual private clouds on a full-service basis to which firms could deploy its standardized software versions.

Whether self-managed or full service, the Reynen Court platform allows users to run third-party applications in a centralized platform that has greater security and less risk than deploying through any number of separate vendors’ SaaS offerings.

Both options provide the ability to test-drive applications with one click, easily purchase vendor licenses or bring their own, and take advantage of Reynen Court’s telemetry and other services.

Founder Klein, a Harvard Law School graduate, was an associate at Cravath, Swaine and Moore when he left in 1992 to start a brewery. In 1995, to raise money for the brewery, Klein applied his experience as a securities lawyer to launch the first-ever initial public offering sold through the Internet.

The success and notoriety of that IPO led Klein to launch Wit Capital, an investment bank dedicated to helping other companies raise money online. The company flourished, recording more than $350 million in annual revenues, and itself went public in 1999. Ultimately, Wit Capital was acquired by Charles Schwab.