Ketanji Brown Jackson has made it to the pinnacle of the legal profession, not only becoming an associate justice of the Supreme Court with her swearing in June 30, but also as the first Black woman to sit on the court.

But, let’s face it, no Supreme Court justice has fully made it until they get their own bobblehead.

It depicts a smiling Jackson, her arms crossed, dressed in her judge’s robe. She stands on a base bearing her name, in front of a replica of the U.S. Supreme Court building.

In addition, the museum today released a full series of publicly available Supreme Court bobbleheads that includes 16 other current and former justices. 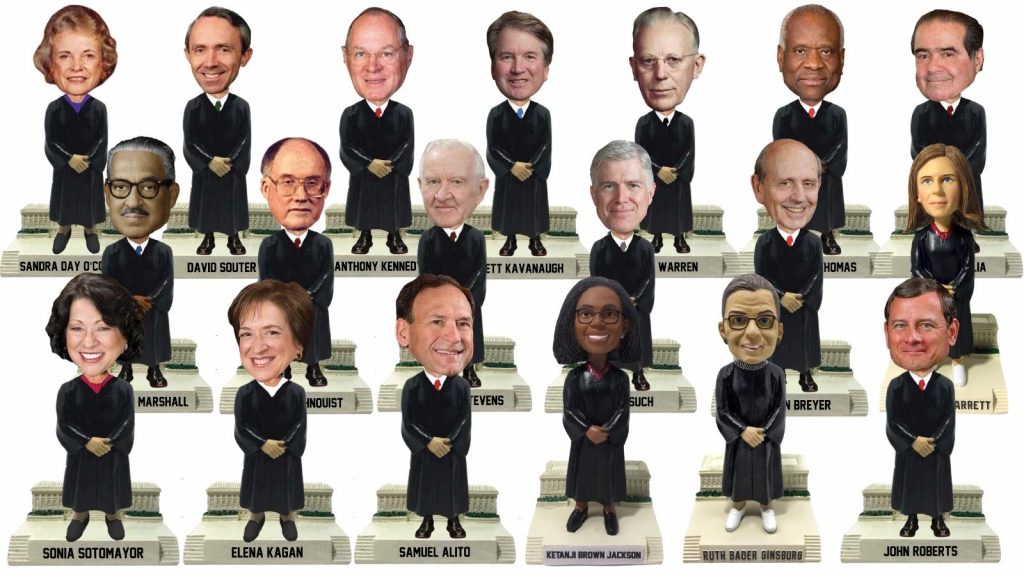 Find them all in the museum’s bobblehead store.