For the last seven years, Mighty has been a legal technology company operating a portal that helps personal injury law firms interface more seamlessly with the lienholders, such as medical providers, who have claims against their clients’ recoveries.

But as of today, Mighty is making a mighty big pivot, directly competing against those personal injury law firms with a dual-entity business in which Mighty helps deliver clients to its newly launched partner law firm, Mighty Law, and supports that law firm with technology and services.

To start, it is launching in three states – Connecticut, Georgia and Texas – with plans to eventually cover the entire United States.

Why would a tech company take such a radical turn? According to founder and CEO Joshua Schwadron, it all comes down to the “incentive problem” and the failure of PI firms to pass along the savings of technological innovation to the clients they represent.

When he founded Mighty, Schwadron says, he saw the opportunity to help accident victims “get a better deal” from the justice system by building technology that would enable law firms to achieve greater efficiencies and savings.

But he came to realize that, even though technology has now enabled PI firms to operate more efficiently, they do not pass on any of that savings to their clients. They still charge the same contingency fees and still pass on every possible cost.

“We saved over $100 million for PI firms in just the past year, but zero of those dollars made it into the pockets of consumers themselves,” he says.

Schwadron is bothered by lawyers’ billboards proclaiming the huge amounts they got for their clients, knowing that, on average, PI clients receive well less than half the total settlement, with the rest going to legal fees and expenses, medical costs, case costs, and financing costs. 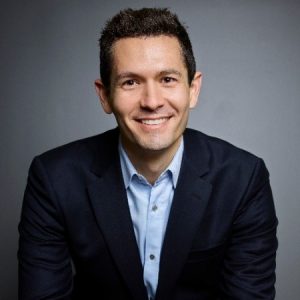 This is the incentive problem he refers to. Because PI lawyers get paid a percentage, he says, they are incentivized to work to inflate settlements even when not in the client’s best interests, to outsource operational tasks so they can expense them, and to narrow their own services as much as possible to focus on maximizing the settlement, without providing services that address clients’ other needs.

“There is innovation happening in PI today,” Schwadron says. “But it’s all to generate savings for service providers, usually law firms. This perpetuates the status quo, because the savings never make it to the injured party’s pocket, or ironically, cost the injured party more.”

For Schwadron, this all came to a head last year, when many of its PI customers were urging it to launch a service that seemed certain to be profitable for Mighty, but that he knew would just end up being another expense that the firm passed along to its clients. That, he says, was a Faustian bargain he was unwilling to make.

“If we chose this path, we would be actively hurting the very people Mighty was founded to help.”

The rewired Mighty launching today is the company’s answer to that Faustian bargain – an attempt, it says, to rewire those incentives by building a holistic PI service from the ground up.

What does that mean? Here are the key components:

Dual-entity structure. Mighty Law will be an independently owned law firm in which neither Mighty nor Schwadron – who is a lawyer – will have any ownership stake. At launch, the firm will have seven lawyers, with more to be added. Mighty will support the firm by providing technology, marketing, licensing of the Mighty brand, and services, with services offered both for the firm and for its clients. The firm will pay Mighty a flat fee for all this. The firm will provide all legal services to clients and receive all client fees. All of this is controlled not through ownership interests, but through the contractual relationship between the two entities.

A code of conduct for lawyers. Clients who sign with Mighty receive legal services through the partner law firm, Mighty Law. Every lawyer in that firm subscribes to a Code of Conduct that sets standards and practices that include:

Cost-sharing with clients. Mighty clients will get back 10% of most of the costs associated with their cases, such as for expert witnesses, case costs, or even a medical provider working on contingency. This incentivizes the lawyers to keep costs lower, rather than seek to inflate them, Schwadron believes.

Helping clients with related problems and finances. After an accident, clients may need help with various problems, not all legal. Mighty will help them with issues such as getting their car repaired, finding mental health support, facilitating interest-free family and friend loans or cash advances from financing companies, and the like. The Mighty Law firm will compensate Mighty for these services, with none of the cost being passed to the client.

Honesty and transparency. Mighty says it will always be truthful and transparent with clients and potential clients, For example, it says it will never use a total settlement number in advertising, because that is misleading as to what the client received. It will also never accept gifts from service providers and will disclose any economic relationship it has with any service provider.

“One of the most profound disappointments of the PI industry is how little injured people have benefited from innovation over the last, well, 50 years,” Schwadron says. “We’re committed to thinking differently.”

Will Continue to Offer Its Tech

Mighty will continue to offer its technology to other PI firms, Schwadron says, especially as it develops new innovations to help support Mighty Law. But that tech will be the foundation that supports both Mighty and Mighty Law, helping it create efficiencies and keep prices lower, he says.

“We will never be able to serve every person after an accident. We want to share the technology we’ve built so far, but also the technology that we’re going to continue building and innovating, with the rest of the PI ecosystem, in hopes that they’ll actually be able to use it for good.”

Those investors, Schwadron says, are fully behind this pivot.

I asked Schwadron about how his dual-entity model compares to that set up by Atrium, the dual-entity company that vowed in 2017 to “revolutionize legal services,” only to shut down three years later. Atrium, in turn, had conjured up the ghost of Clearspire, a strikingly similar dual-entity firm that opened in 2010 and shut down four years later (as I discussed in this Above the Law column).

(To my knowledge, Kan did not directly own an interest in the Atrium law firm, but had loaned the firm money to fund its formation and initial operations. But it certainly appeared to outsiders that Kan was calling the shots for both entities.)

In launching Mighty Law, Schwadron sees himself as a whistleblower who is calling attention to the PI industry’s failure to serve the best interests of its clients, and he fully expects backlash from the PI bar.

“People are not going to take kindly to us exposing their truth and whistleblowing while at the same time launching something that’s objectively better for the world,” he says.

In an area of law in which fee structures have not changed in decades, Schwadron’s goal, he says, is to continue to drive fees and costs even lower, so that clients continue to get even greater shares of settlements.

“For us, that will be a badge of honor and success. Frankly, I think it’s an important mentality to have in a space that has the exact opposite mentality.”