Last year, I wrote here about Lexion, an AI-powered contract management system for mid-market corporations that emerged out of the Allen Institute for AI, the AI research institute created by Microsoft cofounder Paul Allen.

At the time, the company had just raised $11 million in a Series A round, and discussed plans to become a full end-to-end contract lifecycle management product by rolling out a new workflow module that would be simple and intuitive to use.

Today, Lexion is delivering on that promise, with the release of Lexion Workflow, a module designed to manage the full contracting lifecycle, from intake, drafts and negotiations, to to approvals and signatures.

Aiming to make it intuitive and eliminate the need for time-consuming configuration and training, Lexion Workflow enables most stakeholders in the contracting process to work entirely via email. 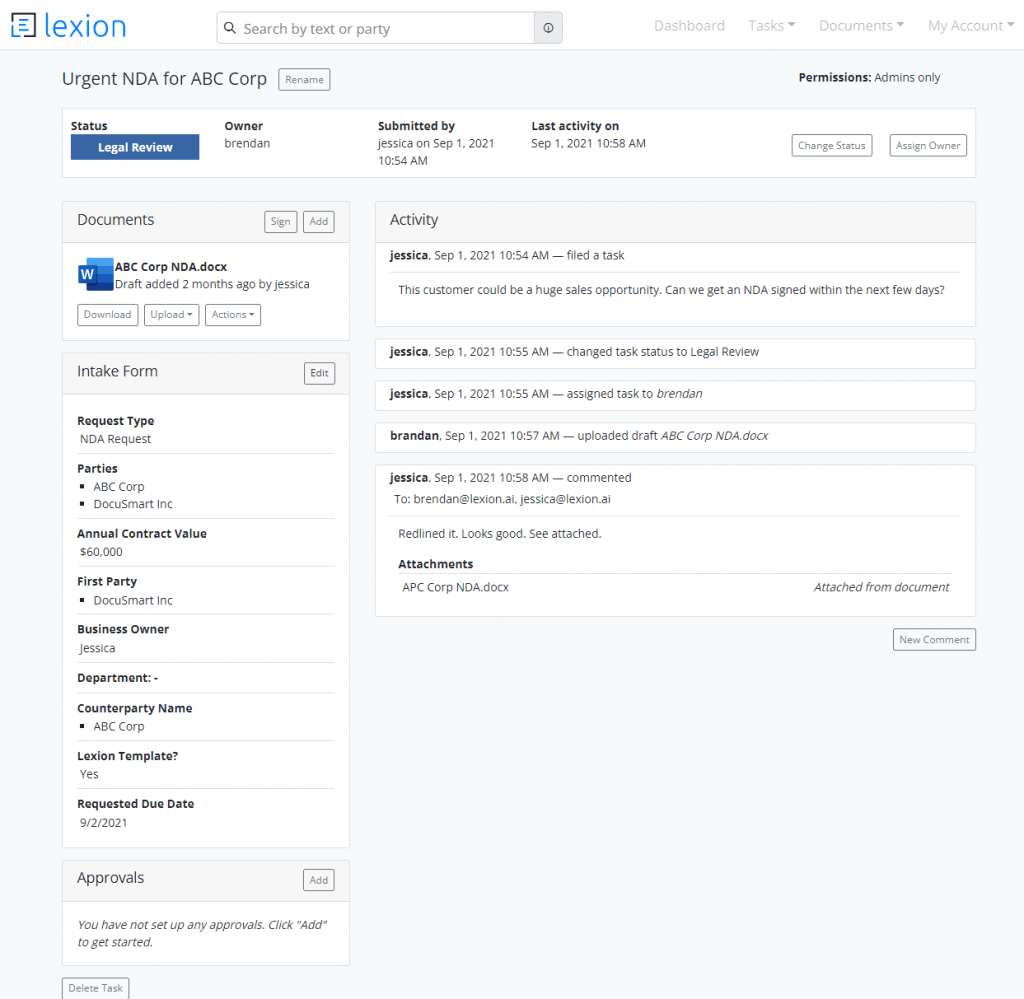 To initiate the workflow, anyone in a company can simply send an email requesting a contract review, and Lexion turns that request into a task on a dashboard. The corporate attorney can manage the process from the dashboard, while others who are involved internally can remain in email.

In a demonstration Monday, Oberoi said that inhouse counsel who have been testing the system told him that they liked the simplicity of getting started by simply providing their internal clients with an email address, and that they saw stakeholders start using it immediately.

With Lexion Workflow, if someone in procurement, for example, receives a contract from an outside vendor, they initiate the approval workflow simply by attaching it to an email. While all of that person’s interactions with the legal team occur by email, the legal team is managing it all through a dashboard, including reading and responding to emails within the dashboard.

The dashboard tracks all contracting activity and all version histories. It shows numbers of open matters, numbers of new matters, numbers in various stages of review, and lists of pending tasks. The dashboard also enables inhouse counsel to streamline the workflow around getting any necessary approvals within the company, whether on the agreement or any facet of it. An integration with DocuSign facilitates signatures. 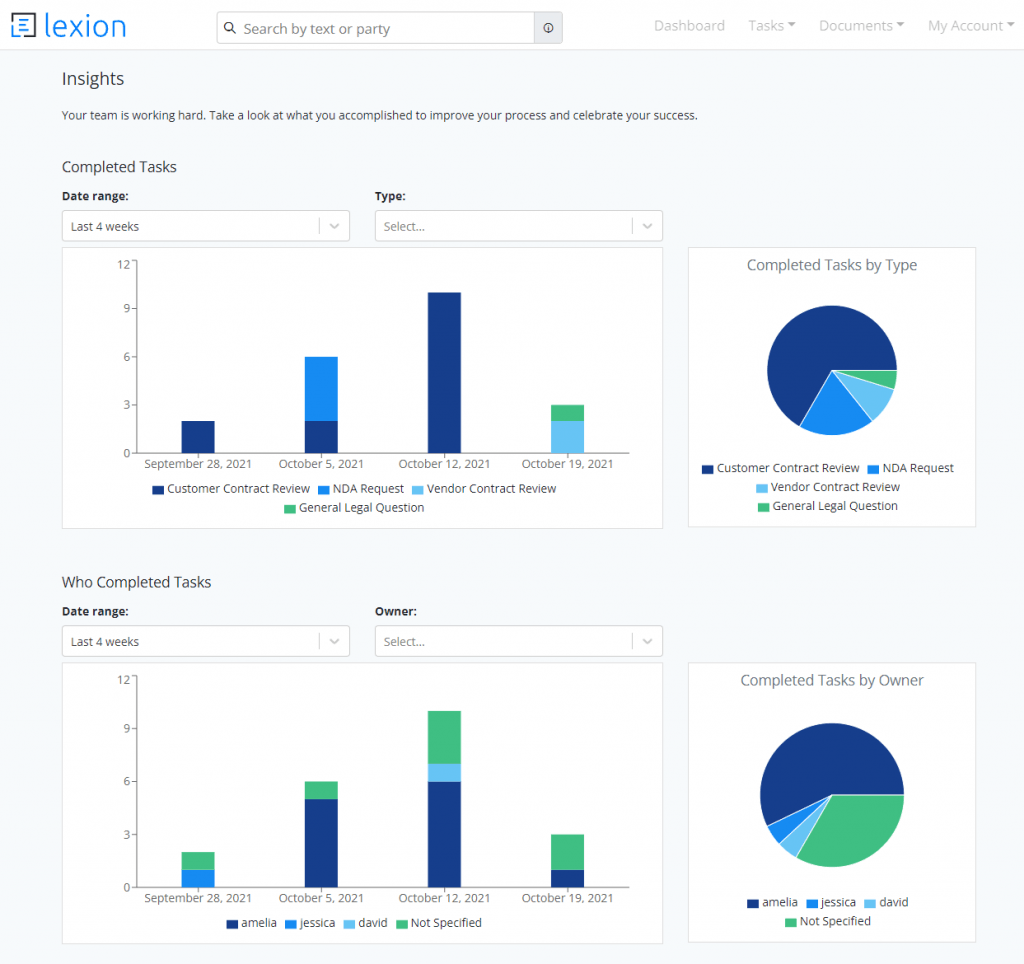 The dashboard also provides analytics that provide an overview of tasks by dates, owners and types.

“After talking to lots and lots of inside counsel, we just kept hearing this familiar story of how they keep telling their sales teams to use this new system or this new intake form or whatever, and they tell us that no matter how simple they try to make it, no matter how front-and-center they put it on their company intranet, people still just email them,” Oberoi said.

Lexion positions itself as offering a simpler and more affordable AI-driven contract management system for mid-market corporate enterprises. Last June, it raised $11 million in an oversubscribed Series A round. When combined with its seed round of $4.2 million, that brought the company’s total funding to $15.2 million.

The Seattle-based company says its product is intuitive and easy to deploy, while backed by cutting-edge natural language processing developed by a team with deep technical expertise in building sophisticated AI systems.

The company emerged out of the Allen Institute for AI, the AI research institute created by Microsoft cofounder Paul Allen. Its investors include Khosla Ventures, a well-established Silicon Valley firm whose portfolio includes companies such as OpenAi; Madrona Venture Group, which helped launch Amazon; and law firm Wilson Sonsini, known not just for representing tech pioneers, but also for its own tech initiatives, such as its tech subsidiary SixFifty.