That is what contract management company Evisort says its customers can now do with the launch today of its new Intelligent Dashboarding.

It is an enhancement to Evisort’s end-to-end Contract Intelligence Platform, which combines contract analytics, contract lifecycle management, and a central repository.

“You can ingest 10,000 contracts into Evisort on Monday and walk into a board meeting on Tuesday with interactive dashboards that can show you how many vendor contracts you have, how many are executed, then drill into which of them have governing law in California, and when you have to issue notices for upcoming expirations and renewals,” said Jerry Ting, cofounder and CEO.

Related: On LawNext, Evisort CEO Jerry Ting on the Future of CLM and Contracts Tech.

Evisort uses artificial intelligence to turn contracts into searchable data, allowing users to track key dates, clauses and other information without manual data entry. The new Intelligent Dashboarding automatically aggregates and visualizes that data across all of a businesses teams and contracts, Ting said.

Although Evisort already offered contract analytics, they were primarily focused on data extraction, tracking, organization and risk management, with data visualization and summarization limited to contract expirations and renewals.

The dashboard shows a snapshot of open contract tickets and workflows, enabling users to visualize contract productivity and identify bottlenecks.

Customers who wanted to visualize other types of contract data — such as a summary of all their contracts with details on contract volume broken down by execution status, contract type, language, and governing law  — would have had to export data from Evisort into a spreadsheet and then upload it to another system such as Tableau or Power BI. 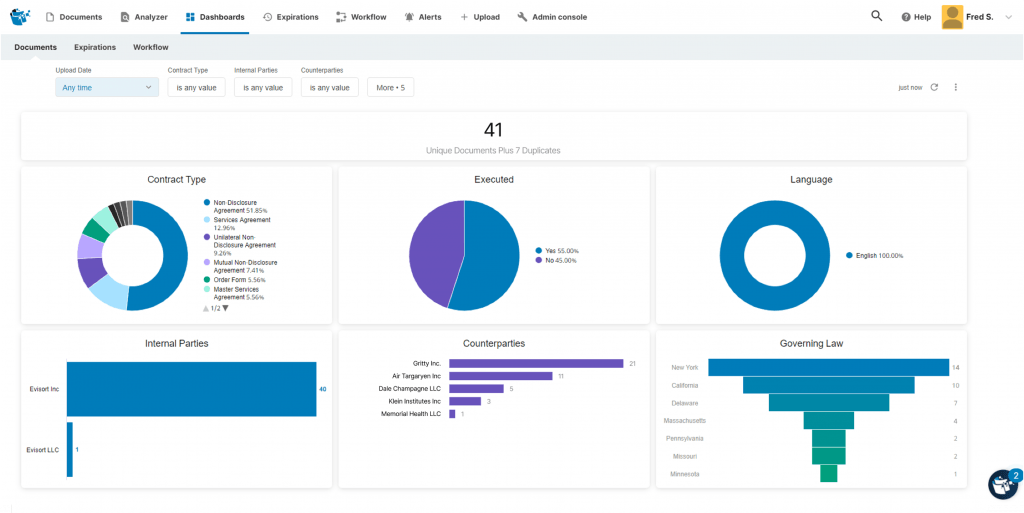 Dashboard view showing analytics on unique documents, including by type, status, and language.

With this new Intelligent Dashboarding, users can quickly visualize all this contract summary and workflow data in charts that they can filter, cross-filter, and drill down into directly within Evisort. 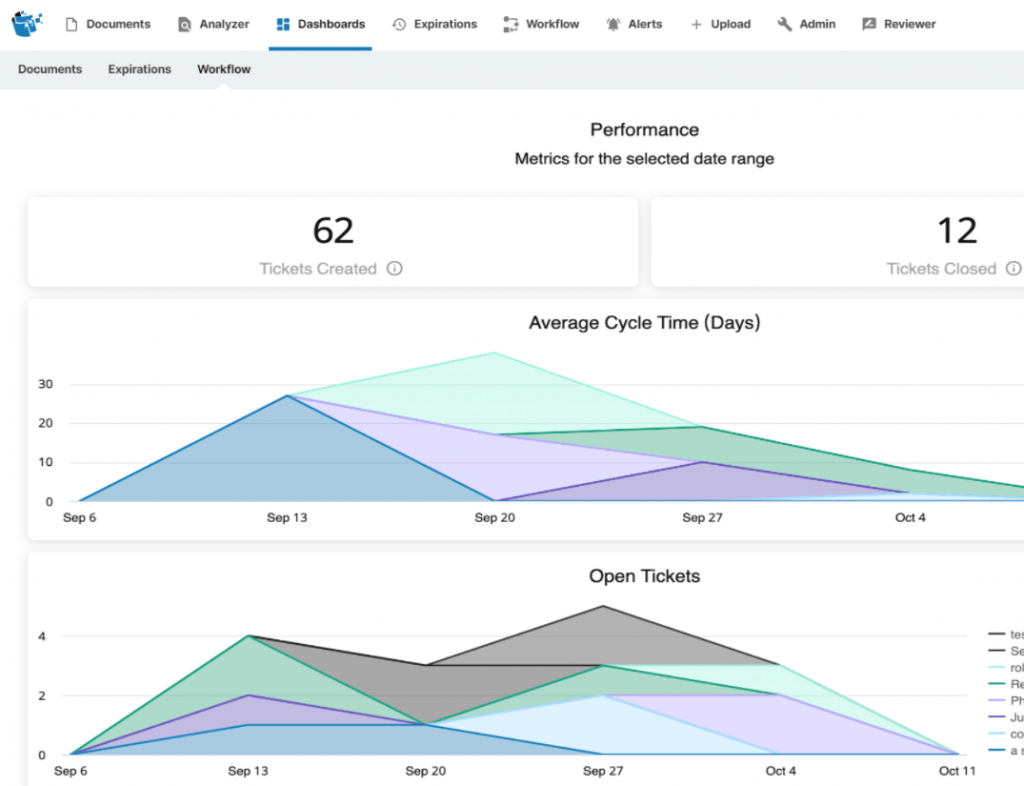 This graph shows workflow tickets over time, so users can see changes to their CLM productivity, including number of new contracts and how fast they are completing the transactions.

The visualization tools are available as soon as Evisort produces the data, whether from a batch of contracts uploaded to the system or from a new contract created within the workflow — typically less than five minutes, Evisort said.

“In short, we’ve added powerful data visualization tools that didn’t exist before and automatically populate them with data from Evisort,” a company spokesperson said. “Data that customers historically manually exported to third-party visualization or BI tools in the past.

The new feature saves customers time and money, Evisort said, and gives them instant insight into their entire body of contracts and where there might be bottlenecks in their processes. 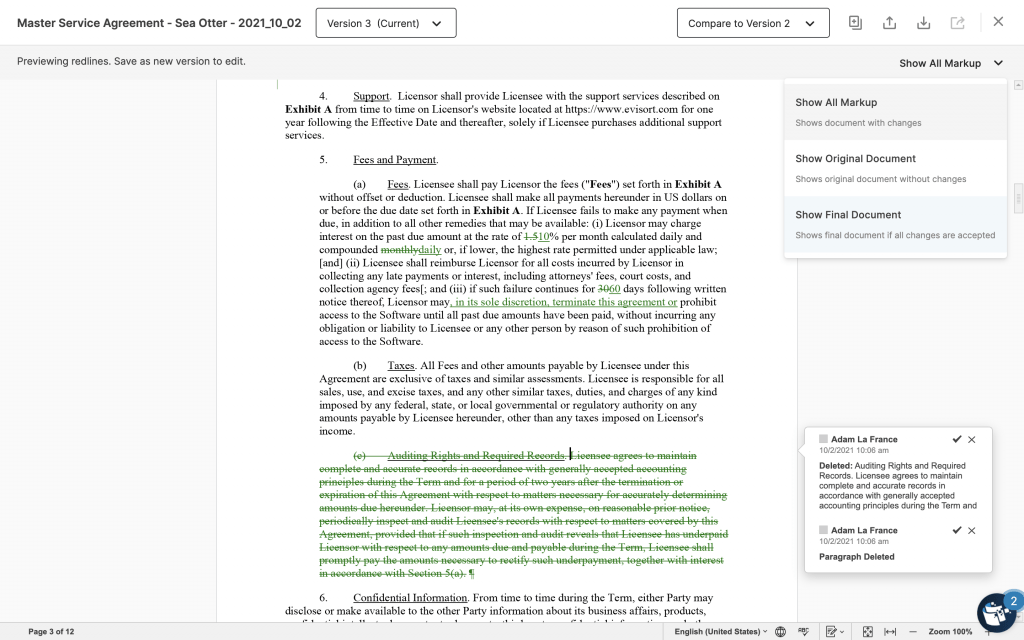 Evisort said that its new In-app Redlining is fully integrated into its Contract Intelligence Platform and works exactly like Microsoft Word, eliminating the need for users to download documents and and go back-and-forth in lengthy email chains. This will help streamline negotiation and collaboration, it said.

Evisort said it is enhancing its integration with Salesforce to further accelerate deal cycle times and make it easier for sales representatives to submit contract requests, start the deal approval process, monitor the contract status, and view key metadata without leaving their CRM.

Evisort was founded in 2016 by two Harvard Law School students, Jerry Ting and Jake Sussman (who both since graduated), and MIT student Amine Anoun.

Their vision was to build a platform that used AI to help companies mine their contracts for insights and key information by turning unstructured text into structured data.