During a hearing last Friday in the copyright lawsuit filed by legal research giant Thomson Reuters against legal research startup ROSS Intelligence, the judge presiding over the case questioned whether TR’s allegations in its complaint were complete speculation.

“Why shouldn’t I understand what you are telling me to be, hey, we’re just completely speculating here that the defendant actually used some of our protected material,” Delaware U.S. District Chief Judge Leonard P. Stark asked TR’s attorney, Dale M. Cendali of Kirkland & Ellis in New York. “We really don’t know, we just suspect they could not have developed their product so quickly if they didn’t. But, you know, let us get to discovery and then we’ll find out if our suspicions are correct.” 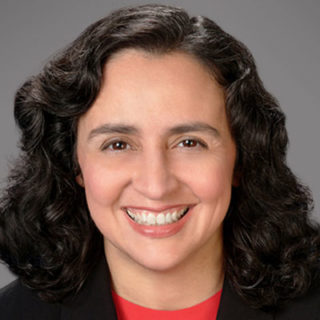 Cendali responded that it is a “plausible inference” that ROSS copied and used TR’s copyrighted content, based on the circumstances alleged in TR’s complaint.

“It is a more than plausible inference if you were denied access, as we pled, to Westlaw and then they hired LegalEase to copy our content, which we pled, and provided to them en masse, I think it’s a reasonable, plausible inference that you should go our way that they used it,” Cendali argued. “I mean why would they go through all this if they didn’t use it?”

Friday’s hearing, conducted via Zoom, was to hear arguments in ROSS’s motion asking the court to dismiss TR’s lawsuit. TR sued ROSS on May 6, alleging that it surreptitiously stole content from Westlaw to build its own competing legal research product.

ROSS did this, TR alleges, by “intentionally and knowingly” induced the legal research and writing company LegalEase Solutions to use its Westlaw account to deliver Westlaw data to ROSS en masse.

“ROSS did so, not for the purposes of legal research, but to rush out a competing product without having to spend the resources, creative energy, and time to create it itself,” TR’s complaint alleged.

In its motion to dismiss, ROSS denies that it copied or used any proprietary data from Westlaw and it contends that TR’s complaint fails for alleging any facts to the contrary. Its motion also questions TR’s claims of copyright in case headnotes and its key number system, arguing that neither has the requisite originality or creativity required to be protected by copyright.

ROSS claims the lawsuit is an anticompetitive tactic by TR to squelch an up-and-coming competitor.

During the nearly two-hour hearing, the attorney for ROSS, Gabriel M. Ramsey of Crowell & Moring in San Francisco, argued that Judge Stark should dismiss the case because TR failed to plead sufficient facts to state a claim for relief.

“There is no direct fact, no plausible inference from any factual alleged material of any copying by either ROSS or third-party LegalEase, and there is no direct fact or any plausible inference from any alleged fact that ROSS had knowledge or intent or any control with respect to any alleged activities of LegalEase,” Ramsey asserted.

Judge Stark asked Ramsey: “If it was adequately alleged that ROSS copied the headnotes or key numbers in creating its system, even if it were not alleged that it did that copying on an ongoing basis, i.e., in the search results one might get back when using the ROSS system, would that potentially be a sufficient basis for a copyright infringement claim?”

If TR could directly establish that ROSS had copied key numbers and headnotes and used them in its system, “that may state a claim,” Ramsey replied. But the complaint contains no such allegation, he said.

“There is nothing that, not even a fact from which it could be inferred that LegalEase downloaded headnotes and key numbers and put them on some medium, handed them off to ROSS and then — or that there is any feature of ROSS’s system from which it could be inferred that, yes, this is this type of architecture, this type of system in the key number system that headnotes somehow drove algorithm
development,” Ramsey argued. “It is pure sheer speculation.”

In addition to arguing that TR had failed to allege sufficient facts in its complaint, Ramsey pushed his argument that Westlaw’s key number system and headnotes are not copyrightable.

The headnotes, he said, “are just recitation of legal rules and legal concepts taken from judicial preponderances.” The key number system “is just an alphabetically ordered list of legal topics.”

“These are basic building blocks of the law, these are not creative expressions; and therefore the key number itself is, as alleged in the complaint, is not creative in nature because they’re just the general ideas of law that any lawyer would pick up and talk about,” Ramsey said.

Judge Stark, noting that TR has obtained 161 copyright registrations for Westlaw, asked Ramsey, “Doesn’t the registration create at least a presumption that there is something protectable within Westlaw?”

Conceding that would generally be true as a matter of copyright law, Ramsey responded that the circumstances in this case differ because TR’s complaint specifically used examples of headnotes and key numbers that are deficient on their face.

Judge Stark followed by asking Ramsey whether TR could plausibly claim copyright in what it calls the compilation of Westlaw, “at which I think they mean the entirety of Westlaw and how they put it together in total.”

Ramsey responded that TR did not allege that issue in its complaint or allege any facts that would suggest that ROSS had copied anything “that could be characterized as a compilation.”

When it was TR’s turn to respond, Cendali argued that TR’s complaint had met the requirements to withstand a motion to dismiss.

“A motion to dismiss may only be granted if, after accepting all well-pleaded allegations in the complaint as true and viewing them in the light most favorable to plaintiff, plaintiff is not entitled to relief,” she argued, quoting an earlier opinion by Judge Stark.

“This complaint is about accusing ROSS of surreptitiously, when they were rejected by themselves to do it, getting LegalEase to obtain Westlaw content and use that to create a competing platform,” Cendali said.

Cendali also argued that TR’s copyright involves more than headnotes and key numbers. “We also have a copyright in the compilation that we created. It’s not just these, you know, standing on its own, headnotes, but it’s the entire structure, sequence, and organization that we put together to find, analyze, to explain the law.”

Judge Stark questioned this definition in light of the language of TR’s complaint, which used a specific term, “Westlaw content,” to define what it alleged ROSS had copied. He noted that, as used in the complaint, Westlaw content includes elements that TR does not have a copyright on, such as judicial opinions and statutes, which are not subject to copyright.

“So I think some of the confusion here and some of the argument that you are facing is you don’t say ‘compilation’ as a defined term in the complaint, although you suggested it in your brief,” Judge Stark said. “And you don’t really make clear in your complaint your acknowledgment that some of what you are defining as Westlaw content is actually not protectable.”

But Cendali contended that the complaint was clear in referring to the entirety of the Westlaw compilation, such as in a statement in the complaint, “Westlaw makes legal research seamless through its well designed structure, sequence, and organization.”

“We did not define and did not intend to define Westlaw content as relating to unprotected materials,” she added, noting that TR does not claim copyright in the text of judicial opinions.

Does TR’s copyright claim extend to its search engines and algorithms? Judge Stark asked. “Definitely,” Cendali answered. “They’re part of the hierarchy and the structure of how Westlaw is created and operates.”

“And how does your complaint give reasonable and adequate notice to the defendants that that is part of what they are alleged and have to defend against?” Judge Stark asked.

“Well, if Your Honor doesn’t think it gives reasonable notice, then, you know, we submit we would be happy to amend to say that,” Cendali replied. “But I think that we did our best. I hope we succeeded.”

On the question of whether TR can claim copyright in its key numbers and headnotes, Cendali argued that is not appropriate to decide at this early stage in the lawsuit because TR’s copyrights create a presumption of validity.

“That is something that they can be free to address in discovery but isn’t proper for a motion to dismiss because we have a presumption of validity and a presumption of originality,” she said.

Several times during the argument, Judge Stark suggested that he might give TR the opportunity to amend its complaint or provide greater specificity as to its claims.

During the argument by ROSS’s attorney Ramsey, Judge Stark asked, “Do you oppose me giving them leave to file an amended complaint?”

“We believe it would be futile,” Ramsey replied, “but if the court sees it differently, there would be no opposition, of course.”

To TR’s attorney Cendali, the judge asked, if he neither dismissed the case nor required TR to amend the complaint, “How early might it be that you would give greater specificity to the defendant as to what you are contending is protectable under copyright within the subset of Westlaw content?”

Those exchanges may foreshadow the outcome of ROSS’s motion to dismiss. It seems unlikely that the judge will dismiss the case outright. The more likely scenario is that he allows TR to amend its complaint to satisfy his concerns about specificity, or that he allows the case to proceed to discovery and the motions for summary judgment that would be sure to follow.