Few would argue with the proposition that law firm hiring is dysfunctional. Firms place too much weight on prospects’ grades and schools’ prestige, pay new hires exorbitant salaries that require billing them out at rates that exceed their experience, provide inadequate training and mentoring, and struggle to achieve diversity.

A new startup aims to upend that cycle by changing how new lawyers are recruited, hired, priced and trained. In so doing, the company believes it can also help enhance diversity and inclusion in larger law firms and legal departments.

Called Legal Innovators, the Washington, D.C.-based company describes itself as an alternative legal services provider, but it also has elements of a recruiting agency, a staffing agency, and a technology startup. It says it will provide top junior legal talent to law firms and corporate legal departments in a way that is more cost-effective and that promotes diversity and inclusiveness.

The basic idea is that Legal Innovators (LI) will take on the job of recruiting law school graduates, employing them for their first two years, and providing training and mentorship.

It will pair these lawyers with law firms and legal departments, where they will work for up to two years, gaining practical experience on the job. At the end of the two years, goes the plan, most of these lawyers will be hired to continue on at their placements as regular associates. 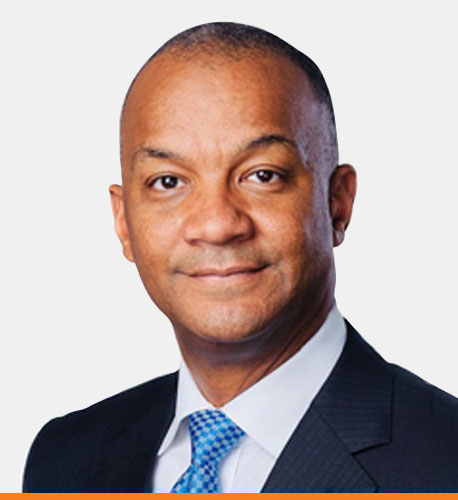 The company was cofounded by Jonathan L. Greenblatt, a longtime partner and now of counsel at Shearman & Sterling, and Bryan R. Parker, a former associate at Shearman & Sterling who has spent the last two decades as a business executive and entrepreneur. The two met when Parker started at the firm out of law school and Greenblatt was assigned as his mentor.

The company has operated more or less in stealth mode since last year, but today is formally announcing its launch and its first class of 16 new lawyers.

Parker, the company’s CEO, told me in a phone conversation yesterday that the goal is to improve the hiring experience for all involved — law firms, clients and associates. The company’s plan to do this relies on three pillars.

More cost-effective services. LI will employ new lawyers for the first two years of their careers. It will pay them a fair salary and benefits, Parker said, but less than starting salaries at big firms. Firms will save on salaries, benefits, overhead and recruiting costs. As a result, they will be able to bill LI associates at lower hourly rates but with a greater profit margin. Lower hourly rates mean happier clients and higher realization rates.

Better and more holistic recruitment. LI’s premise is that firms base hiring decisions too heavily on first-year grades and law school prestige, to the exclusion of some of the best talent and particularly of women and minorities. LI is partnering with law schools to facilitate an extended interview process by which they become better acquainted with candidates. The process includes standardized testing, problem solving exercises, and conversations with references.

Extended training and mentoring. LI provides ongoing training and mentoring throughout the two-year program covering a variety of legal and business skills. To lead its training program, it has retained David Cruickshank, an Edge International partner and skills-training consultant to AmLaw 200 law firms. To teach writing, it has retained Michael S. Levine, a visiting professor at The George Washington University Law School and founder of Lawrite Consulting. It is also partnering with Practising Law Institute to provide CLE to its lawyers. All lawyers will be paired with mentors at the firm or legal department where they are placed.

A central goal of LI’s approach to recruitment and training is to enhance diversity. As it happens, Parker, who is black, and Greenblatt were featured in a 1997 Wall Street Journal article about the problems law firms then had attracting and retaining black lawyers. “Twenty years later,” Parker told me, “we’re still talking about the same problem.”

Parker believes LI can help achieve greater diversity by partnering with a broader array of law schools than those from which big firms traditionally recruit, including historically black schools such as Howard University, with which it has already established a partnership. Parker also believes LI’s focus on mentoring will be a key factor in recruiting and retaining women and minorities. 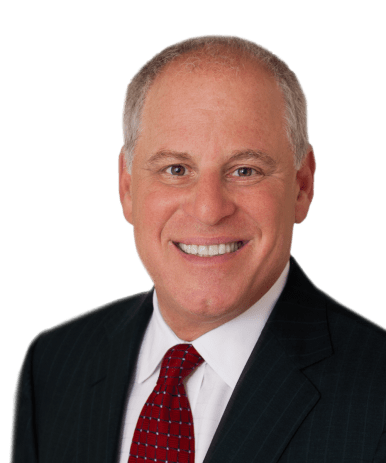 Although I did not speak to Greenblatt, he echoed this commitment in a press release the company issued.

“Diversity and inclusion are central to everything we do,” Greenblatt said. “Our strategy includes women, people of color, professionals with international backgrounds, those with physical disabilities, as well as members of the LBGTQ+ community.”

Try Before You Buy

For the law firms and legal departments that accept placements from LI, they get quality, substantive associate-level work at a more economical price, Parker said, as well as an extended opportunity to evaluate potential hires.

Firms will be expected to make a one-year commitment to the lawyer, and LI’s hope is that most of those will turn into second years. The company will pay LI a flat fee for the one-year placement. LI has office space in D.C. where the lawyers can work, but the firm can opt to have the lawyer work on premises. Firms are not obligated to hire placements after the contract term.

“To me, this is the real long-term benefit,” Parker said. “Most firms rely on summer programs to evaluate interns. How much do you get to know someone over eight weeks? With us, you get to know them over two years. If at end of that two years, you make them an offer, you know them. There should be a lot more stickiness.”

Parker says that a large firm’s carrying costs for a single first-year associate can be $450,000-$600,000 after factoring in salary, benefits, bonuses, office space, recruitment and other costs. As a result, firms have to bill out associates at hourly rates of $450 to $600 — rates many clients balk at paying.

LI’s pricing will be such that a firm’s fee would amount to roughly $200-$250 an hour, assuming 1,700 hours of work, Parker said. A firm would be able to bill that out at, say, $350 an hour, Parker says, making a greater profit than they do now while also making their clients happier.

As it launches, LI is a tech-enabled services business, Parker said. But he sees a future where it also becomes a technology platform to help customers make better decisions about hiring and legal spend.

Describing himself as a “big data guy,” Parker plans to collect and use data to help better understand the factors that make a good lawyer — and therefore a good hire. Arguing that grades are not a good predictor of future success, he hopes to apply analytics and machine learning.

“If we start focusing on the problem, this is where analytics and machine learning can be helpful. If you take a statistically relevant data set and look at the determining factors in that, then you can move beyond the top law schools, you can look at the data and identify the students who are likely to be good lawyers.”

Parker also plans to collect extensive data on the lawyers LI employs — the hours they work, the times they work, the locations in which they work, how often they need a conference room, the training they receive, the time they spend on projects, and more. Over time, he believes, this data will enable LI to help customers make better decisions about their legal spend.

Within the next three or four years, he hopes to build a platform for customers to buy and tap into that data and use it for their own decision-making. “AI will allow us to make better decisions, and long-term that becomes a platform.”

With its formal launch today, LI is focused on the D.C. legal market, where it is headquartered. It has partnered with three D.C. law schools — Howard, George Washington and Georgetown — and it will focus on placing lawyers in D.C.-area firms and legal departments.

By the end of the year, Parker said, the company will expand to New York, both with placements and law school partnerships. It may also establish a satellite office there.

Next steps will be to expand to Chicago and then to Los Angeles and San Francisco. Within 3-5 years, Parker hopes also to operate in London, the UAE, Hong Kong and Shanghai.

Part of the reason the current system of recruitment and hiring is dysfunctional is that the incentives are misaligned, Parker believes. As he and Greenblatt conceived of the company, they believed the formula for its success would be to effectively address the issues of spiraling costs, difficulties in recruitment and ramp-up, and lack of diversity. The winning formula, they believed, would be “a solution that could speak to the clients, the firms, and the students.”

At the same time, he recognizes that there are challenges to penetrating the legal market, not least of which is firms’ concern with ensuring they get the best legal talent.

He urges firms to start small with them, to think of it a pilot. “Dip your toe in the water, he said, “see if this is right for you and, if so, then you can take more people.”

Clients, he believes, will be instrumental in encouraging firms to use LI. “When corporate clients hear they can get the same quality at a lower price point, they will become a source for us of law firm clients.”

And he believes LI’s commitment to diversity will also be attractive to firms, as they struggle internally to build and maintain diversity, even amid client-imposed requirements for diversity and inclusion.

Although LI calls itself an ALSP, it does not quite fit the mold of any of the ALSPs out there right now. What is clear is that they are tuned into the key challenges facing larger firms today — inefficient recruiting, inadequate training, irrational compensation and pricing, and insufficient diversity — and that they have developed a formula that can help address those challenges.

Of course, that formula adds up to nothing if law firms do not buy in. Parker is right that some of the pressure for that buy-in will come from clients — clients who no longer want to pay exorbitant hourly rates for fresh-out-of-law-school associates and clients who are demanding that their outside firms be more diverse.

As the ALSP market has become more crowded and competitive in recent years, the fact that LI does not quite fit any mold is to its advantage. But we will have to wait and see if law firms agree.

“We have the plan and the PowerPoints,” Parker told me, “but then the market tells us where we’ll go.”