Mary Mack, the executive director of the Association of Certified E-Discovery Specialists (ACEDS), the leading membership and certification organization for e-discovery professionals, will leave the organization at the end of October, as will Kaylee Walstad, who Mack brought on in 2018 as vice president of client engagement.

Stephen Fredette, chairman and CEO of The BARBRI Group, which acquired ACEDS in 2015, sent an email to ACEDS members last Friday notifying them that both Mack and Walstad had decided to step down from their positions as of Oct. 31, 2019. 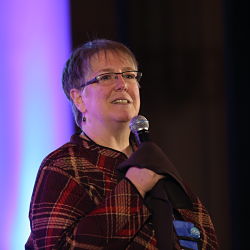 On Monday, Mack sent her own email to members, confirming that she had decided to step down as executive director.

“After much deliberation, I feel it’s time,” Mack wrote. “I’m so very proud of the position our ACEDS community holds in the legal technology world and the fact that our community remains a story of global growth and career success. I’m confident our positive trend will only continue.”

Walstad is also an e-discovery industry veteran who worked with Mack at ZyLAB as central region sales director and in sales management positions at Ricoh Americas Corporation and IKON Office Solutions. She also served as central region director for the organization Women in eDiscovery. 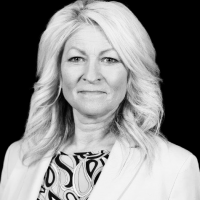 In a telephone call yesterday, Mack and Walstad said that they are leaving ACEDS of their own volition and were not forced out by BARBRI management. They declined to elaborate on the record regarding the reason for their decision.

They also emphasized that BARBRI is committed to continuing the growth of ACEDS that gained momentum under Mack’s leadership and to filling their vacancies.

Fredette said the same in his email to members, writing:

“As we move forward, I want to reiterate our commitment to serving your eDiscovery community and fostering its growth. I am pleased that we have time to put in place new leadership and manage a proper transition, all while the entire ACEDS team will continue its work and move forward in building upon Mary’s good work.

“We will be conducting our search immediately and will make an announcement once new leadership comes on board. If you have any questions in the meantime, please feel free to reach out to me directly.”

During her time as executive director, Mack expanded ACEDS’ membership both domestically and outside the U.S. In 2016, ACEDS launched its first-ever international chapter in the UK, and has since added international chapters in Ireland, the Netherlands and South Africa.

While Mack and Walstad would not discuss what lies ahead for them after October, both agreed, “We’re not going away.” They are strongly committed to the e-discovery community, they said, and to continue to use their skills to the benefit of that community.

Fredette, who I reached out to for comment, is traveling today but he and I plan to speak later this week. I will update as I learn more.