Sometimes news converges in fortuitous ways. Yesterday, I interviewed Felicity Conrad, cofounder and CEO of the pro bono technology startup Paladin, for next week’s LawNext podcast. This morning, I posted this week’s episode, featuring a discussion on alternative law firm models among a panel that included Sameena Kluck, until recently strategic account executive at Thomson Reuters.

Now for the convergence: Today, Paladin is announcing that Kluck has joined the company as its first vice president of business development. When she officially starts Thursday, her primary focus will be on getting more law firms to use Paladin to manage and track their attorneys’ pro bono legal work. 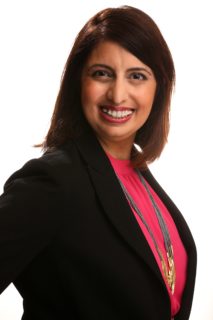 “I’m super excited because Paladin is so focused on technology and innovation and how it can transform people’s lives,” Kluck told me this morning. “Their real goal is to reduce the access to justice gap. I went into law because I wanted to help people. The ability to do that through tech is pretty exciting to me.”

Kluck said she is also excited to join a company run by two woman, Conrad and cofounder Kristin Sonday (who is also Hispanic).

“The greatest percentage of those with unmet legal needs are women and people of color,” said Kluck. “It is important to the folks we’re delivering legal tech for that we look like them.”

Kluck, who describes herself as an “innovation evangelist,” worked at Thomson Reuters 16 years, until last December. In her most recent position there as strategic account executive, she led a team of client managers who served some of the largest law firms in Washington, D.C., and along the east coast. With Paladin, her coverage will be nationwide and even extend to firms outside the U.S.

At Thomson Reuters, Kluck says on her LinkedIn profile, her focus was on listening to law firm leaders’ challenges and collaborating with them wherever she could. “I partnered with firms to run innovation retreats and highlight innovative programs or initiatives,” she wrote. “I also used my articles, speaking engagements and social media activity to constantly engage leaders in the industry on innovation and change.”

While law firms will remain her focus at Paladin, Kluck said she sees opportunities for helping outside counsel and legal departments collaborate on pro bono projects. “Pro bono can be a great way for outside counsel and inside counsel to work together on something really meaningful,” she said.

Earlier in her career, Kluck practiced law in St. Louis, Mo. She is a 1999 graduate of Washington University in St. Louis School of Law.

Paladin is a platform for law firms, legal departments and other organizations to staff, manage and track their pro bono work. It is used by companies such as Verizon and Lyft and law firms such as Dentons and Wilson Sonsini.

The company has also entered into partnerships with the Chicago Bar Foundation (to create a Pro Bono Opportunity Guide) and with Northwestern University Pritzker School of Law to facilitate pro bono opportunities for law students.

Paladin was founded in 2015 and is a graduate of Techstars Chicago’s 2017 class. It was a contestant in the first Startup Showdown at ABA TECHSHOW in 2017.

Among the investors in Paladin is billionaire Mark Cuban, owner of the Dallas Mavericks and one of the sharks on the TV series Shark Tank.