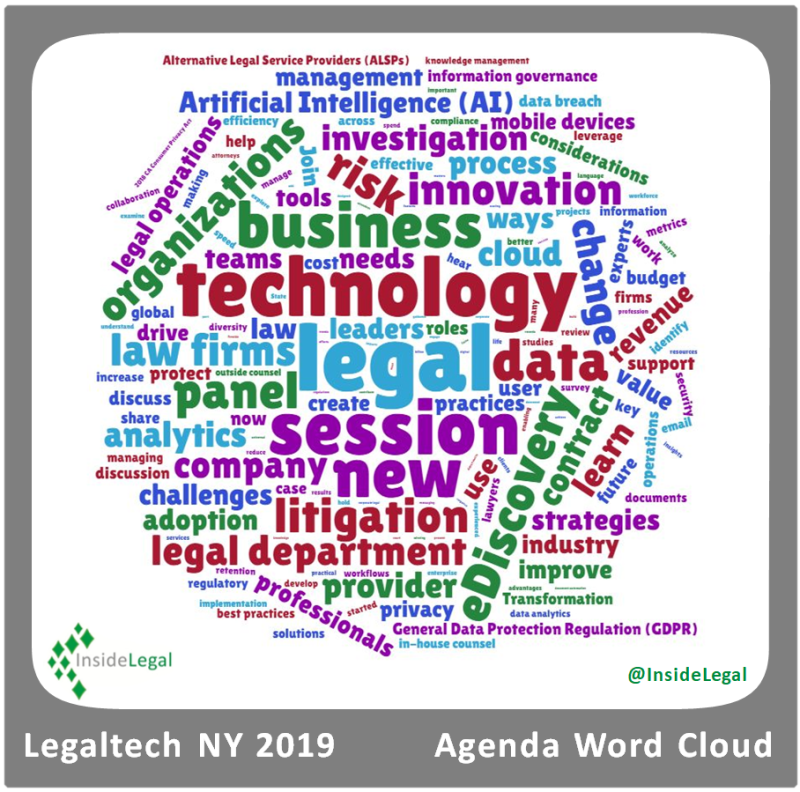 Every year, the folks at the legal marketing and public relations firm InsideLegal analyze the agenda of the Legalweek/Legaltech conference and create a wordcloud revealing the show’s major and not-so-major themes.

With the conference kicking off next Tuesday, they’ve done it again, and this year’s wordcloud reveals that the two dominant themes are … (drum roll please) … “legal” and “technology.”

That might sound anticlimactic for a conference about law and technology. But it is notable for showing that Legalweek is finally shaking off the image that haunted it for several years — as a conference dominated by e-discovery vendors and programs. In fact, the wordclouds for 2017, 2016, 2015, 2014 and 2013 all showed e-discovery as the overwhelmingly predominant theme.

(All of the past wordclouds are included in InsideLegal’s post.)

E-discovery is still a major theme this year, but it no longer dominates the show. Other major themes revealed by the wordcloud are innovation, data, risk, artificial intelligence, business, litigation and legal department.

Thanks to InsideLegal’s Jobst Elster for putting this together.