In a move that signals a new strategy for Needles, a company that provides case-management software for plaintiff-focused law firms, its owners have named a new leader to take charge of the brand and oversee the launch of its cloud version.

TrialWorks LLC, the holding company that owns both Needles and the case-management software TrialWorks, is announcing today that it has named David Wagner IV as the group’s chief operating officer and head of the Needles brand. 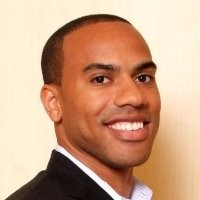 Wagner joins Needles from Omnitracs, a Vista Equity Partners portfolio company with over 1,000 employees supporting 12,000 customers in more than 70 countries. As vice president of operations and support at Omnitracs, Wagner led operations, support, inside sales and strategic programs. A graduate of Vista’s High Potential Leadership Program, Wagner began his career as product development lead at medical start up Civatech before moving to KPMG, where he advised leading technology companies on strategy and operations.

In announcing Wagner’s hiring, the company said it marks a larger move in its anticipated 2019 growth strategy. The company says it is in the middle of a robust software development phase and that Wagner will lead the rollout of Needles’ new product offerings. These include the launch in 2019 of the cloud version, Needles Cloud One, as well as updates to the recently released Needles 5.

In August 2017, Ridge Road completed the merger of TrialWorks and Needles. The combined products, Ridge Road said, had 40,000 active users at close to 3,000 law firms. The company said it would leverage the resources of both companies to accelerate product innovation while maintaining best-in-class customer service and training.

At the time of the merger with Needles, Pakter said, “I am looking forward to expanding Needles’ development efforts and to offering our hosted cloud solution to all Needles’ customers. We also look forward to accelerating the development and roll-out of Needles Version 5, which is a key priority, while maintaining Needles’ reputation for excellence in service and support.”

I spoke yesterday with new COO Wagner and managing director Pakter, who both emphasized that the company’s focus since its acquisition by Ridge Road has been on growing its business and strengthening its internal organization through management hirings and other changes.

“We will have a big focus on innovation,” Wagner said. “We will continue to modernize the platforms and look at the market very thoughtfully to make sure we have the right solutions for the right customers. We will also continue to maintain the best-in-class levels of support and training that we think Needles is extolled for.”

The company has no plans to merge TrialWorks and Needles into a single product, they said. While both products serve the same market, they are different in what they do and are each suited to different types of practices and firms “depending on where your pain points are,” Pakter said.