[Editor’s note: This is one of a series of occasional guest posts by Sam Glover, founder of Lawyerist.]

There are lots of good reasons for law firms to work on diversity and inclusion, but here is one more: the data is pretty clear that diverse teams have a competitive advantage over homogenous teams. (That’s why it’s one of the elements of the Small Firm Scorecard.)

In 2016, the Harvard Business Review summarized a number of studies. The gist of its findings is that diverse teams tend to stay objective and make better decisions. And diverse teams are more innovative. You can read the article for more details, but the gist is that diversity helps keep bias from interfering with decision making, and more viewpoints result in more ideas, which lead to more innovation. The bottom line is that companies that do better on diversity also tend to do better than average in the market.

So what is it about diversity?

For one thing, diverse teams seem to encourage everyone to check their assumptions and stay objective. This isn’t only true when race is at issue, such as one study in which a jury considered a murder where the defendant was black. As you might expect, a jury with both black and white jurors did better on fact-finding than an all-white jury. But in another study, ethnically diverse teams did a better job pricing stocks than homogenous teams. And in still another study, teams made up of fraternity or sorority members were more likely to identify the correct murder suspect if a newcomer from another fraternity was added to the team. 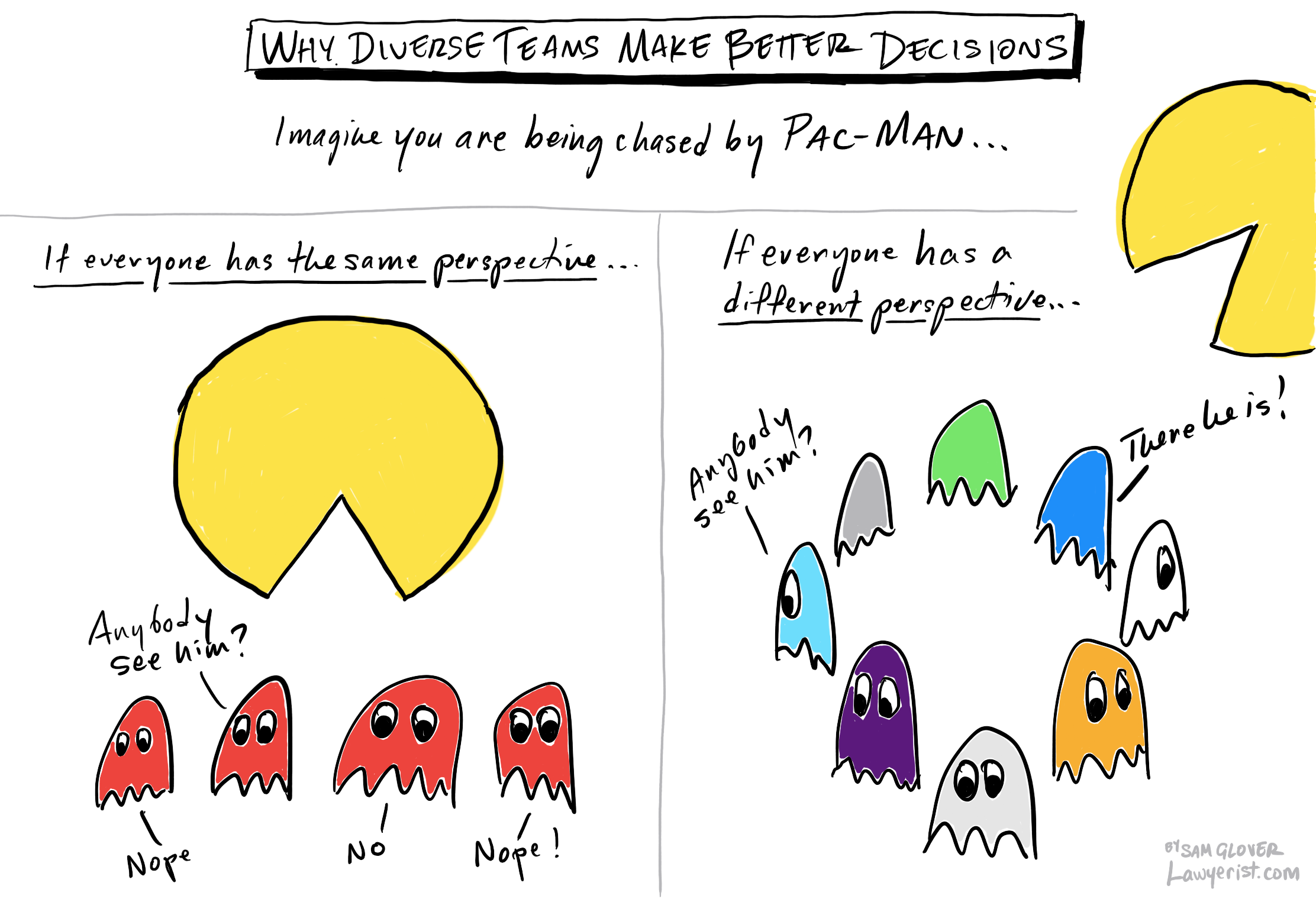 My read on this is that in diverse groups the members of the group are less comfortable with each other, and as a result the group is more careful with facts and takes the time to check assumptions. That leads to better decision making. As the authors point out in another article, the challenge is to build diverse teams that share a set of core values so that the discomfort is productive, not corrosive.

The Antidote to Groupthink

Diversity also seems to be an antidote to the kind of groupthink that stifles innovation. The relevant studies in the HBR article are based on data rather than behavioral experiments, but two separate studies found that companies with greater gender or cultural diversity were more likely to introduce new innovations or products into the market.

It makes sense that people who experience the world differently are likely to imagine different solutions to problems, and that some of those solutions will succeed. For example, the typewriter, the telephone, and email were at least partially solutions to problems experienced by people with disabilities (Pellegrino Turri’s blind lover, Alexander Graham Bell’s deaf wife and mother, and Vint Cerf’s deaf wife). Not surprisingly, since each of these technologies is now fundamental to our modern world, Microsoft’s inclusive design philosophy is based on the idea that seeing the world through the eyes of people with disabilities is the key to solving problems we all have.

Getting Smarter with Diversity

If you want to take advantage of diversity at your firm, you’ll need to do (at least) these two things: 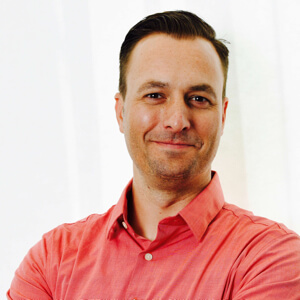 Unless your firm is already diverse, this is probably easier said than done. It is also a huge subject, and I can’t begin to do it justice here. However, as Heather Hackman pointed out in this conversation, you can’t just “do diversity” by forcing a bunch of different people together, counting noses, and declaring victory.

You have to do the hard work. Put your firm under a microscope to discover and eliminate hidden bias. Learn to embrace diversity as a firm resource.

As part of your work on diversity, work on your core values. The healthy discomfort that can come with increased diversity should be balanced by a strong set of shared core values.

To counter groupthink, bring in someone outside the team to contribute a fresh perspective, especially when you are making important decisions. Lawyers sometimes have it easy here, because clients often have a very different — but very important — perspective. In making their case to the newcomer, the team will have to re-evaluate their assumptions.

Add someone who has a fresh perspective after the team has begun its work, so the newcomer does not have enough time with the team members to become assimilated into the group.

Diversity as a Strategy

It takes time and hard work to build a diverse and inclusive firm. But the data seems pretty clear that it also may give you a leg up on your competition, whether you are in the courtroom or working on your law firm’s business strategy.