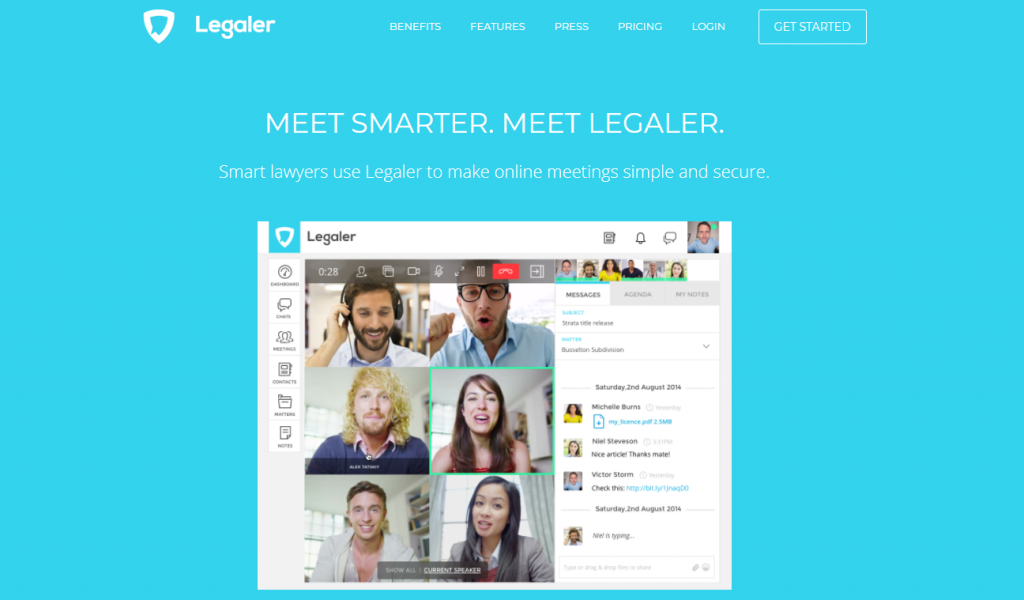 The Australia-based company Legaler, which markets a secure online videochat platform for lawyers, announced today that it will create a cryptocurrency for the legal industry that will be used for transactions between lawyers and clients and by lawyers to purchase features and services within the Legaler ecosystem.

In addition, Legaler said it will create a blockchain-based legal charity, Legaler Aid, that will allow social justice legal cases to be crowdfunded via tax-deductible contributions. The charity will facilitate matching lawyers with cases, and the lawyers will earn Legaler cryptocurrency tokens for their work as well as reward points for pro bono work.

Stevie Ghiassi, Legaler CEO, said that his company will hold a Token Generation Event — the term he prefers to the more common Initial Coin Offering — to raise up to $35 million. Legaler will use the funds to expand its its platform into areas such as a global legal referral network and a CLE marketplace. Raising funds in this way, Ghiassi believes, will ensure that the company is more engaged with and responsible to its users, as opposed to a handful of equity investors.

Clients will be able to purchase Legaler tokens (LGR) at up to a 90 percent discount in the initial offering, Ghiassi said, and thereafter the tokens will be available on global exchanges.

The planned expansion of the Legaler platform will use artificial intelligence to match lawyers and clients in a global marketplace. It will then allow payment for services using the Legaler token. Because these transactions will require no intermediaries, they avoid the fees charged by traditional platforms, which can run up to 5 percent for processing and 20 percent for commissions, Ghiassi said.

The company also plans to develop a secure, blockchain-based digital ID, to be called the Legaler ID, as a way to issue and maintain legal certifications and identity on the blockchain and reduce lawyer fraud.

As Legaler expands its ecosystem, lawyers will be able to earn and spend Legaler tokens on features such as the referral network and CLE marketplace. Lawyers and developers will also be able to buy and sell smart contracts in a collaborative marketplace, Ghiassi said, letting them set rewards for code review and bug bounties to ensure due diligence is carried out on their work.

A driving force behind the token offering is to create Legaler Aid, which Ghiassi said will be a first-of-its-kind legal crowdfunding platform for those who are unable to obtain access to justice. 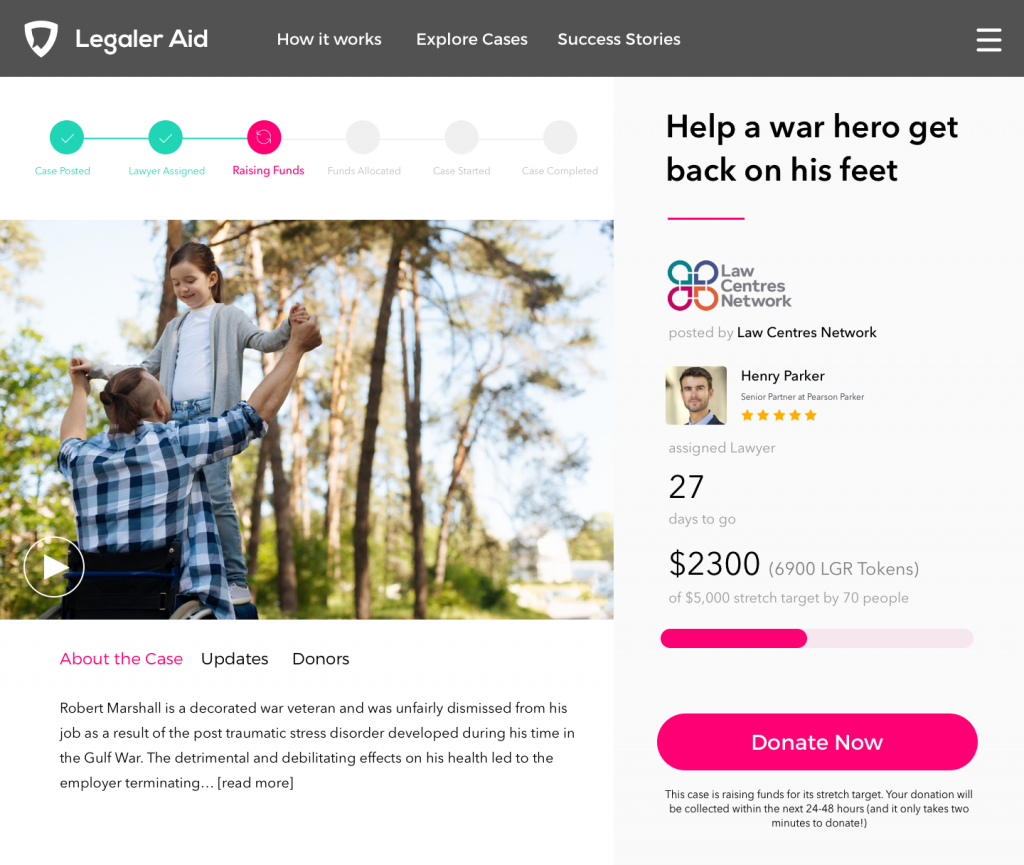 The vision, said Ghiassi, is for Legaler Aid to be a completely decentralized charitable entity that runs on smart contracts over a blockchain. Legal cases would be crowdfunded via tax deductible donations and shared on social media.

Local legal aid offices would serve as clearinghouses to screen cases and post them to Legaler Aid. Lawyers would bid on cases and those who are matched would earn Legaler tokens for their work and reward points for any pro bono work.

Blockchain’s decentralized technology makes it ideal for a charitable purpose, Ghiassi said, because it ensures transparency and accountability while keeping administration costs low.

“The vision is to make Legaler Aid the most transparent, efficient yet effective charitable organisation ever,” Ghiassi said.

Donations could be contributed by any means — credit, LGR or other cryptocurrencies — and would then be converted to LGR. Donations would be placed into escrow via smart contracts and released to lawyers as they complete milestones.

A publicly visible dashboard and access to transaction history will allow real-time visibility and traceability of all company administration costs and all donations. Upon completion of cases, lawyers will receive LGR into their Legaler wallets, which they can then exchange for fiat currencies.

“We believe that by using decentralised technology to connect latent resources on the supply side (under-utilised lawyers) with newly discovered resources on the demand side (donations that were never aimed at the legal industry) we can change the access to justice paradigm,” Ghiassi said. “People want to give more than ever, they’ve just lost trust in an opaque and legacy charity model.”

Within the platform, Legaler will also offer lawyers what it calls Justice Rewards points for “good deeds” such as pro bono work. Those will also be reflected on the lawyers’ profile pages. The rewards will be subsidised by the Legaler Aid fund that is created from the ICO and subsequently refreshed by Legaler profits and donations.

Lawyers can convert these rewards points to LGR at a lesser rate, similar to frequent flyer points. Lawyers can then convert them to LGR and then fiat currency or choose to spend them in the Justice Rewards Network, a referral network that will offer discounts to services and products from Legaler’s legal industry partners.

Ghiassi said that Legaler has already started accepting placements as part of the private pre-sale and is offering discounted prices for early contributors and community members. The main public sale is earmarked for the start of June.

The initial focus of the roadmap for the funds is on the core protocols and building blocks of the ecosystem — e.g. Legaler ID (self-sovereign identity), Legaler Pay (decentralized escrow payments), and Legaler Wallet. Roll-out of Legaler Aid is slated for the second half of the year.

I reviewed Legaler just before it launched in 2015. See that review here: Legal Advice Via Video Chat: ‘Legaler’ To Preview at Techshow.